SLOVAKIA can now stop biting its nails over securing the needed financing for parts of its mega-highway expansion to be built through private-public partnership (PPP) projects – but only if it can quickly handle some significant environmental challenges in line with the expectations of Brussels. 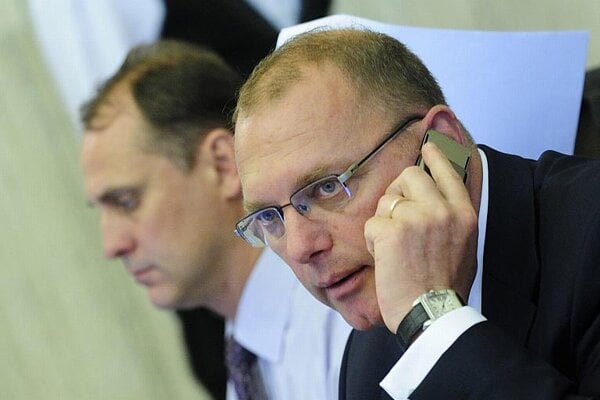 SLOVAKIA can now stop biting its nails over securing the needed financing for parts of its mega-highway expansion to be built through private-public partnership (PPP) projects – but only if it can quickly handle some significant environmental challenges in line with the expectations of Brussels.

The European Commission has given its approval for Slovakia to construct five highway sections stretching 75 kilometres between Martin and Prešov under the condition that solutions are prepared for overcoming any negative environmental impacts on sections of the highway which will traverse protected natural areas.

Brussel’s conditional approval has cleared the way for the European Investment Bank (EIB) to take final action on a loan amounting to €1 billion for the project. In late April, the European Bank for Reconstruction and Development (EBRD) approved a loan of €250 million as its part in the financing of the highway project. These loans will be part of the financing for five sections of the D1 highway between Martin and Ružomberok and from Poprad to Prešov, parts included within the first PPP package prepared by the Transport Ministry.

“We have to elaborate in a short time how we will solve environmental problems based on the new directive, which was issued after our construction permits were approved,” said Slovak Transport Minister Ľubomír Vážny, as quoted by the SITA newswire.

The Transport Ministry is facing some tough deadlines: the financial close for the first package of the PPPs is expected on May 18. It is not yet certain whether the package can be wrapped up before then since, as Vážny noted, it is necessary to re-analyse certain impacts of the project and then consult with Brussels.

Brussels examined the highway section between Turany and Hubová that would cross protected areas in the Malá Fatra, Veľká Fatra and near the Váh River, confirmed Joe Hennon, the spokesperson for the European environment commissioner, Janez Potočnik. In late April, Hennon told The Slovak Spectator that the project had to be assessed to determine its compliance with EU legislation, particularly with the Environmental Impact Assessment Directive, which is designed to review the effects of certain public and private projects on the environment, as well as with the Habitats Directive which covers protection of natural habitats and wild flora and fauna.

Environmentalists have suggested that the only acceptable solution for preserving biotopes in these protected areas would be by leading parts of the highway through tunnels. The government, however, leans towards keeping the highway on the surface.

According to the Sme daily, Slovakia will receive the first payment but it can start building the highway only in areas other than the protected ones.

The first payment will cover preparatory work or construction on sections which are not covered by Article 6 of the Habitats Directive said the EC’s Hennon, as reported by Sme on May 13.

Vážny is confident that Slovakia is well-prepared for its consultations with Brussels.

“We have gathered top environmental experts in Slovakia,” Vážny said, as quoted by the SITA newswire. “We are preparing questions and responses for this process.”

According to Vážny, if Slovakia fails to win complete agreement from the EC, it would begin to unwind the project’s whole model and result in a delay of four to five months.

Of the three PPP packages, the second package was the first to achieve financial close in August 2009. That package covers financing, construction, operation and maintenance of sections of the R1 dual carriageway – specifically the sections Nitra-Selenec, Selenec-Beladice, Beladice-Tekovské Nemce and a northern bypass around Banská Bystrica. This PPP contract, which will continue for more than 30 years, has a total value of over €1.7 billion.

Along with environmental concerns that have been raised, the government’s strategy to build highways via public-private partnerships has been accompanied by an intense debate over the price tags of the projects. Critics of the strategy say the first package is overpriced and that the state would be much better off paying for this highway construction through the state budget or by seeking European Union funds. Among the leading critics of the PPP approach are the parliamentary opposition parties.

The Slovak Democratic and Christian Union (SDKÚ) even said it would lodge criminal complaints against Prime Minister Fico, Vážny and Finance Minister Ján Počiatek for alleged abuse of power if they rush into signing the financial close of the first PPP package. The Trend economic weekly wrote that the first PPP package will inflate the price of construction of this particular piece of highway by about 40 percent. It calculated that the package is overpriced by €1.2 billion.

Minister Vážny has several times referred to a number of analyses that support the advantages of the PPP approach. On May 12, the cabinet discussed one of these analyses supporting what Vážny calls the soundness of the PPP projects rather than financing highway construction through public procurement. The TASR newswire wrote that the analysis was commissioned from a transport think tank last month in response to claims that the option the government has chosen is overpriced.

The analysis states, among other things, that the three PPP packages for highway construction will cost a total of €5.6 billion, as opposed to a bill of €5.793 billion if public procurement was used, TASR reported. This was presented as proof that, in terms of strain on the state budget, the building of motorways via PPPs is more favourable.

The sections of D1 highway between Dubná Skala and Svinia financed through this first PPP package are to be built and operated for 30 years by Slovenské Diaľnice – founded by an international consortium led by French company Bouygues Travaux Publiscs SA. The consortium, which made a bid amounting to €3.3 billion, includes Doprastav Bratislava and Váhostav-SK Žilina, both Slovak companies.

(Please see pg 11 for an interview with Francois Lecavalier, director of the European Bank for Reconstruction and Development (EBRD) for the Czech Republic, Hungary, Slovakia and Slovenia about the participation of the EBRD in financing part of the first PPP package and related issues.)