Lecavalier: I trust someone who is more efficient than bureaucrats

FRANÇOIS Lecavalier believes that private financing should be used for building national infrastructure and, in general, for other kinds of services traditionally in the hands of governments. The institution he manages across four central European countries has assisted in developing public-private partnerships to build and operate airports, build a waste water treatment plant, and engage in rail transport in addition to various highway projects. 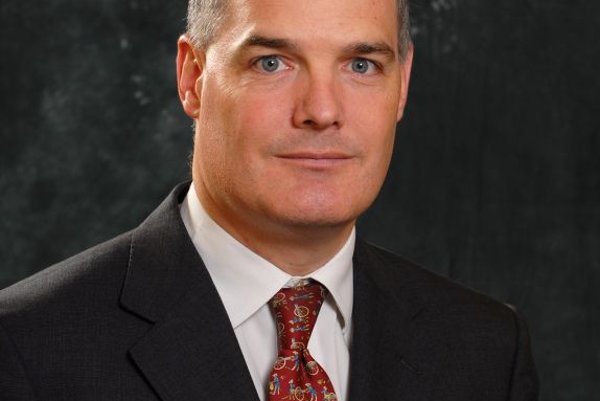 FRANÇOIS Lecavalier believes that private financing should be used for building national infrastructure and, in general, for other kinds of services traditionally in the hands of governments. The institution he manages across four central European countries has assisted in developing public-private partnerships to build and operate airports, build a waste water treatment plant, and engage in rail transport in addition to various highway projects.

“At the end of the day, the principle is very simple: I trust someone more who, as they say in poker, has skin in the game – someone who is more efficient than bureaucrats who might have incentives other than the market and profit in making decisions,” says Lecavalier, director of the European Bank for Reconstruction and Development (EBRD) for the Czech Republic, Hungary, Slovakia and Slovenia.

The Slovak Spectator spoke to Lecavalier about the participation of EBRD in financing part of the first package of public-private partnership (PPP) projects to cover construction of sections of the D1 highway in Slovakia, the EBRD’s experiences in the region with PPPs, his opinion on criticism levelled at the Slovak government’s approach to the highway PPPs, and how EBRD goes about assessing the environmental and social impacts of projects it helps to finance.

The Slovak Spectator (TSS): EBRD’s board has approved the bank’s participation in financing the first package of Slovakia’s PPP projects to cover construction of sections of the D1 highway. Transport Minister Ľubomír Vážny called it good news for Slovakia and said that the project meets all the criteria used by EBRD to assess such projects. What elements have been reviewed during your assessment process? Did you also assess the return on investment and the economic advantages of the project for Slovakia?

EBRD’s Board of Directors approved the bank’s participation in the financing of the D1 phase 1 project on April 27. This decision was based on independent due diligence that reviewed all key elements of the project, including its economic, environmental and social impacts. In particular, EBRD determined that the economic rate of return of the project was robust compared with various thresholds for comparable infrastructure projects. The report also found that the bidding and negotiating process was in line with EBRD’s stringent rules for a concession award. This led the Board of Directors to conclude that the project will be of substantial benefit for Slovakia.

TSS: Critics of the Slovak government’s strategy to build highways through PPPs say the first package is overpriced and that the state would be much better off paying for highways through the state budget or by obtaining European Union funds. Is such criticism well-based in your opinion? When compared with financing through the state budget or EU funds, what advantages do the PPP projects have for Slovakia here in the aftermath of the financial downturn? Are the current advantages also sustainable for the future?

We have to be very careful here as some commentators have been comparing apples with oranges. The key advantage of PPP projects is that they allocate risks to the party, private or public, best placed to assume them. Comparing the funding cost to the government for 2-5 years against the D1 long-term financing package is unfair, as the government-funding cost does not reflect the very real cost of the risks transferred to the concessionaire such as potential cost overruns, project management risks, operational risks, etc. Public financing of infrastructure would also lead to an increase in the national debt and in annual debt service costs.

To be clear, we support a balanced approach in financing road infrastructure projects. Publicly-financed projects (including those co-financed by the EU) can be economically beneficial if they are tendered in a transparent and efficient manner and if the government is able to manage the operation and maintenance in a cost-effective way. PPP projects do create incentives for private investors and banks to monitor and control the building and operation of the project over its entire life. Experience demonstrates that these incentives have ensured PPP projects are delivered on time and on budget significantly more often than publicly-financed ones.

Finally, we should recall that the increase in cost of the D1 is almost entirely related to the increase in financing costs brought about by the financial crisis. These financing costs will be greatly reduced once construction is completed, at which time refinancing could also allow the project to benefit from a return to normality in financing markets. The Slovak government will get the larger part of the net benefits of refinancing. This will greatly reduce the cost of the project over its 30-year life.

TSS: What are the EBRD’s experiences with the assessment and approval of PPP projects in other countries of the region?

EBRD financed the first road PPP project in central Europe back in 1993 – the M1-M15 motorway in Hungary. We learned valuable lessons in Hungary with the subsequent financing of the M5 and M6-M60, which were successfully applied to last year’s R1 highway project in Slovakia. The EBRD is presently working on PPP road projects across the region.

The EBRD has pioneered the use of PPPs in other sectors including airports (Tirana, Yerevan and last month in St. Petersburg), waste water treatment, and rail transport. We strongly believe that well-structured PPP projects are beneficial for both the private and public sectors and that more private sector investment in infrastructure will allow governments to focus on priority sectors such as health and education.

TSS: Are there enough available data on PPPs to thoroughly assess the concept?

Also, we at EBRD believe that given the budgetary constraints that will become more pressing, even in Slovakia, some areas are better suited for public investment, such as health care and education, than other areas. Where you can bring in private financing, you should free resources for areas where public investment is crucial and more appropriate.

I disagree with your assessment. The concession contract and the environmental and social impact assessments are publicly available. As in all private sector transactions, contracts between the concessionaire, suppliers and banks remain confidential as they contain commercially sensitive information. This is entirely normal. Regarding the tendering process, the EBRD procurement specialists reviewed the process in both the R1 and D1 projects and were satisfied that it met the bank’s strict standards.

TSS: What would you list as the main risks of PPP projects for highway construction? Does Slovakia’s approach address these potential risks?

As mentioned above, EBRD reviewed all key elements of the project, including its technical, economic, environmental and social impacts and has agreed with the concessionaire on comprehensive management plans to ensure that the project implementation will meet the EBRD’s requirements. The EBRD will continue to monitor the project throughout its construction and operational phases to ensure the concessionaire meets all of its commitments.

The main risks with PPPs are the same as with normal road projects: there are cost overruns, potential environmental problems or if the roads are not built properly then these are much more expensive to operate and maintain. Yet, the biggest risks with a road project are construction risks. Once the construction period is over, the risk of operating the road is much less: that is the same in a public or a private project. The advantage of PPPs is that most of these risks are moved to the private sector and thus are monitored very closely by the banks. As for the government, if a PPP contract is well-drafted then the government has eliminated a lot of these risks.

A risk for the government is also that it ends up making financial commitments into the future: the ability to make fee payments which it might have difficulty meeting for reasons that may be unrelated to the road. For example, if there is a budget crisis in Slovakia and the state does not have enough funds to pay for the road, the concessionaire might take the state to court over violations of its contractual obligations. The main question for the government then is whether the state can afford to take on the contractual obligations.

TSS: Brussels looked into concerns that the highway would cross protected natural areas and also whether it would negatively impact the quality of life of the citizens in the small village of Šútovo. Did the EBRD address these concerns when assessing the project? Does your bank use the same environmental criteria applied by the EU?

The EBRD has carefully assessed the environmental and social impacts of the project and its compliance with our environmental policy as well as incorporating necessary management and mitigation measures in the project conditions.

We have agreed with the concessionaire on an Environmental and Social Action Plan that mitigates the remaining risks and ensures that the project is structured to meet EU environmental standards as required by the EBRD Environmental Policy.

EBRD’s due diligence identified that additional mitigation measures are needed for protecting the integrity and conservation objectives of the affected Natura 2000 sites and that further compensatory measures may also be necessary to ensure that the overall coherence of Natura 2000 is protected. For these reasons EBRD requires – as part of the Environmental and Social Action Plan – that a Biodiversity Management Plan (BMP) be developed so as to ensure that all necessary mitigation and compensation measures are implemented.