LOWER profit levels, a decrease in the volume of new loans, and creation of higher reserves for loan losses were the banking sector’s main characteristics in Slovakia in 2009. In addition to the impacts flowing from the global financial and economic crisis, Slovak banks were affected by the launch of the European single currency in 2009. Even though profits shrank significantly, Slovakia’s banking sector remained stable and bankers are looking to the future with optimism based on an expected revival of the country’s economy in the near future. 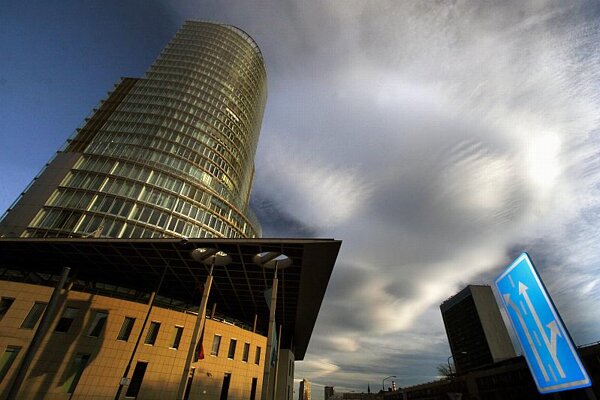 LOWER profit levels, a decrease in the volume of new loans, and creation of higher reserves for loan losses were the banking sector’s main characteristics in Slovakia in 2009. In addition to the impacts flowing from the global financial and economic crisis, Slovak banks were affected by the launch of the European single currency in 2009. Even though profits shrank significantly, Slovakia’s banking sector remained stable and bankers are looking to the future with optimism based on an expected revival of the country’s economy in the near future.

The net profits of banks in Slovakia for the full year of 2009 fell by almost 50 percent. According to the National Bank of Slovakia the decline in profits is related to impacts of the global economic crisis on the Slovak economy and adoption of the euro to replace the Slovak crown.

“Apart from soaring costs to cover lending losses and stagnation of interest income, lower income from foreign exchange transactions, a result of the euro adoption, contributed to the decline in the profits of banks,” said Slavomír Šťastný, a member of the Banking Board of the National Bank of Slovakia (NBS) at a press conference dedicated to an analysis of the financial sector for 2009, the SITA newswire wrote.

Notwithstanding these negative influences, the central bank evaluated the banking sector in Slovakia as a whole to be stable and capable of resisting another potential macroeconomic downturn. The central bank says that Slovak banks’ capital adequacy is developing positively, indicating that the banks have the capability to cope with any unexpected increase in financial losses. Many banks increased their capital in 2009, according to Šťastný.

The central bank described banks’ behaviour last year as conservative. This approach was most evident in new lending when banks curbed much financing for the corporate sector. The NBS ascribed this to greater caution by banks as well as to a drop in demand for new loans because of fewer investment opportunities during the ongoing crisis. On the other hand, an upward trend in retail loans, perceived by banks as less risky, continued in 2009.

“In general we can assess the Slovak banking sector as stable,” said Šťastný. “We assume that the banking sector and important institutions in the system should be able to cope with anticipated developments as well as with a potential worsening situation compared with expectations. Stress tests have confirmed the immunity of the sector.”

Banks in Slovakia are, according to Ivan Lužica, the head of the consulting department at Deloitte Slovakia, stabilised and healthy.

“Scenarios that predicted that banks in Slovakia would register an outflow of capital during the crisis and get into difficulty because they are in foreign hands have not materialised,” he said, as cited by the TASR newswire in April.

According to preliminary unaudited data released by the NBS, the banking sector closed 2009 with an overall profit of €279 million. Compared with the previous year this was a drop of 45.2 percent or €230 million, the Slovak Bank Association (SBA) wrote on its website. The most important part of banks’ revenue, net interest income, maintained essentially the same level as in 2008 as it grew by only 1 percent throughout 2009. In contrast, in 2008 it had risen by over 16 percent.

The overall profit of the banking sector for 2009 was the worst in 10 years as the profit levels of many banks decreased by significant amounts and a few banks operated at a loss, the Hospodárske Noviny daily wrote. The daily identified the banks with year-end losses as ČSOB, Dexia Banka Slovensko, OTP Banka Slovensko and Volksbank Slovensko.

The net profit of Slovakia’s biggest bank, Slovenská Sporiteľna (SLSP), amounted to €11.9 million in 2009 but this represented a decrease of 92 percent compared with 2008, according to the SITA newswire.

“Last year was difficult for the banking sector, similar to the whole Slovak economy,” Mária Valachyová, an analyst with SLSP, told The Slovak Spectator. “The growth in unemployment, as well as the concerns of people about possible loss of their jobs, was behind the reduced willingness of people to take on debt. So people postponed things like the purchase of an apartment, a lifetime investment for many people.”

“Moreover, Slovakia entered the eurozone, a step that I still regard as beneficial for society, but due to which banks lost a portion of their profits from conversion of currencies and lowered fees for transmission of money within the European Economic Area,” Valachyová added, saying that her bank focused on making its processes and activities more effective. “Thanks to good capital adequacy as well as the strong position of its shareholder, Erste Group Bank, our bank could provide loans during the crisis and thus increased its market share, especially in consumer and housing loans.”

Zdenko Štefanides, senior analyst with VÚB, pointed to the influence of adoption of the euro on Slovakia’s banking sector in 2009.

“Last year the decline of banks’ net income from spot foreign exchange operations was €240 million in comparison with the average level over the last three years,” Štefanides told The Slovak Spectator, adding that this accounted for almost 80 percent of total income from these transactions. “This lost income by banks was de facto handed down to their customers, especially to companies, which saved money on foreign exchange transactions and hedging of foreign exchange risks and thus helped businesses reduce the impacts of the economic crisis on their businesses.”

He added that it is necessary to mention that adoption of the euro also had immediate positive benefits for banks. Before the actual conversion from Slovak crowns to the euro, many Slovak households brought savings which they had been keeping in cash ‘under their mattresses’ into the banks. These new deposits amounted to roughly €2.5 billion or approximately 15 percent of all household savings prior to January 2009.

“Because most of these funds were deposited as term deposits fixed for one year, they helped Slovak banks improve liquidity exactly during the time when liquidity on global financial markets was most affected by the financial crisis,” said Štefanides.

The second factor which influenced the performance of the banking sector last year was the economic downturn, said Štefanides.

“It caused a drop in demand for new loans on one hand and a worsening of the quality of existing loans on the other hand,” he said. “The first factor resulted in lower [bank] income and the second one led to an increase in [reserve] provisions and thus to a direct reduction of the profitability of the sector.”

Banks responded to these negative influences by reducing their labour force by 9 percent and by closing about 2 percent of their branch offices – but these steps failed to fully compensate for the negative impacts, according to Štefanides. But he views the performance of VÚB, when compared to the results of the entire banking sector, as more than satisfactory.

“We have kept and even reinforced our position as the most profitable bank on the market,” said Štefanides. “The bank continued to be the most effective bank. Actually we were the only large bank that in 2009 managed to carry out its activities under a lower ratio of costs to revenues than in 2008.”

Tatra Banka also experienced a fall in profit, down 24.5 percent to €90.8 million over 2009, according to SITA. Boris Fojtík, a Tatra Banka analyst, also sees adoption of the euro and creation of additional reserve provisions as the factors affecting Slovakia’s banking sector last year as well as Tatra Banka itself.

“We responded to a lower volume of revenue with a reduction in costs,” he told The Slovak Spectator. “We managed to reduce operating costs by 12.2 percent, and that mitigated the impact of negative factors on our profit. The achieved result was in line with our expectations given the economic developments in Slovakia.”

The first three months of 2010 indicate that banks’ levels of profitability will be higher this year than last. In February alone the sector’s profit rose 15 percent year-on-year. This is also because last year’s one-off cost factor – the adoption of the euro – will not be repeated this year.

Marek Ličák, the head of the department for risk analyses of the financial markets at the NBS, also expects that the anticipated moderate increase in loans to households will benefit banks.


“But it is questionable how the volume of failed loans will develop,” he said, as cited by the TASR newswire on April 12. He added that this factor will very significantly influence the ability of banks to generate profits and it cannot yet be estimated.

Preliminary figures indicate that the banking sector generated a net profit of €117.2 million during the first quarter of 2010, SITA wrote, citing figures from the central bank. This is an improvement of 4.6 percent compared with the first quarter of 2009, the central bank stated in late April. While net revenues from interest increased by 8.4 percent y-o-y to €404.2 million, net revenues from fees and commissions increased by a more moderate 4.9 percent to €105.1 million. While during the first quarter of 2009 the banking sector reported a loss from foreign exchange operations of €995,000, it posted a profit of €16.9 million in the same period of 2010. However, net creation of reserves increased by 38.8 percent to €96.1 million.

Compared with last year, 2010 looks to be a more predictable year even though it is still expected to be very demanding, according to Štefanides of VÚB.

“It is positive that the economic situation has been improving and that we also see a gradual revival of interest by consumers in loans,” said Štefanides. “On the other hand, the persisting high unemployment and problems in several sectors of the economy mean that the quality of our existing loan portfolio will continue to be under pressure. Tensions on global financial markets due to the fiscal problems of Greece and other peripheral countries of the eurozone urge carefulness. This year banks also have to continue paying attention to costs and must adopt measures to further improve liquidity and maintain capital adequacy.”

Based on its first quarter results Slovenská Sporiteľna expects that further positive development in its revenues as well as cost controls will be reflected in an increase in the bank’s operating profit, according to Štefan Frimmer, a bank spokesperson.

Fojtík of Tatra Banka expects that positive developments in the banking sector will be aided by the more favourable macroeconomic climate but adds a cautionary note.

“On the other hand, its actual development will depend on the size of reserve provisions required which may be influenced negatively by potential secondary insolvencies,” he said. “Last but not least, demand for loans from the side of households and the business sector will be important factors.”