FIVE MONTHS after a state programme designed to aid people who are unable to pay their mortgages was launched, it seems that not one person has been helped by it. Spokespersons for four banks confirmed for The Slovak Spectator that even though some mortgage holders have shown interest, they have failed to qualify for the aid and thus the banks report absolutely no one is using the programme. 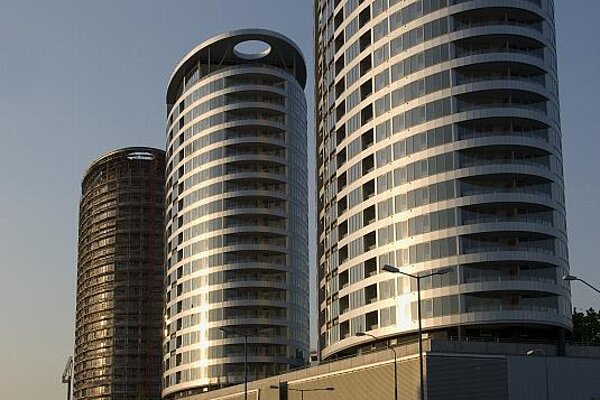 No one has qualified yet for state mortgage aid. (Source: J. Liptáková)
Font size:A-|A+0

FIVE MONTHS after a state programme designed to aid people who are unable to pay their mortgages was launched, it seems that not one person has been helped by it. Spokespersons for four banks confirmed for The Slovak Spectator that even though some mortgage holders have shown interest, they have failed to qualify for the aid and thus the banks report absolutely no one is using the programme.

This situation exists even though there is an increasing trend of failed mortgages. Failed mortgage loans, which stood at 1.8 percent at the beginning of 2009, rose to 2.7 percent in February 2010 said Štefan Rychtárik, risk analyst at the National Bank of Slovakia, as cited by the SITA newswire.

Future developments in mortgage defaults will no doubt depend on how unemployment and the general economic situation play out.

The cabinet-approved state assistance programme is intended to help people who are unable to make their mortgage payments due to the economic crisis.

The programme has two phases. The first phase, in which a client is expected to restructure his or her mortgage in cooperation with a bank, would last six months. State assistance would follow in the second phase, in the form of assistance in repaying the restructured mortgage instalments within a specified period of time.

As of January 2010, 11 banks are participating in the plan. The main conditions to qualify for the state assistance are that the mortgage loan balance is below €82,985, that the loan was taken before the end of 2008, and that the borrower lost his or her job after January 1, 2009 due to the economic crisis.

“We have no clients who have shown interest,” Alena Walterová, the spokesperson of VÚB, told The Slovak Spectator. “Clients want a complete deferment of payments rather than state assistance, and this programme does not offer that possibility.”

SLSP does not require that its mortgage customers register for the state assistance if they have trouble paying back a housing loan.

“Our bank helps clients who have problems without the need for the state assistance,” said Štefan Frimmer, SLSP's spokesperson. “We can lower or defer payments, or extend the term of the loan, thus reducing the monthly payment. Or we can consolidate loans into one more convenient loan.”

At Tatra Banka a few clients have shown an interest in the programme, “but none have qualified for the assistance under the terms set by the Finance Ministry,” said bank spokesperson Boris Gandel.

The situation in OTP Banka is the same. Its clients are interested but the criteria are too tight for them to qualify. For that reason the bank does not currently have any mortgage holders qualifying for this kind of support and the bank is dealing with problematic loans on an individual basis, according to Tatiana Jonáková, the bank's spokesperson.