THE SLOVAK film industry appears to be blooming. Over the past few years, very few Slovak films have made it to the screens of the big film festivals. But if the reception of Slovak productions at the Cannes International Film Festival is any indication, things are looking up for Slovak filmmakers. 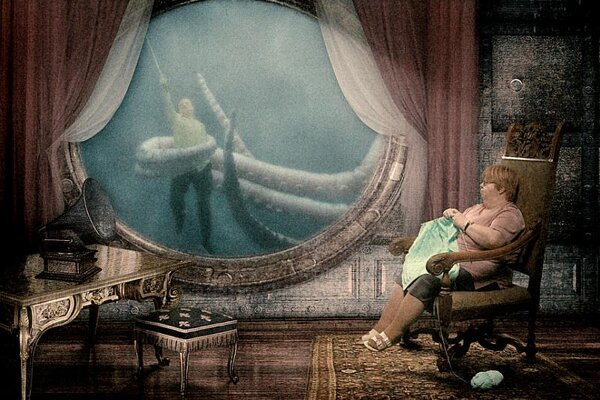 THE SLOVAK film industry appears to be blooming. Over the past few years, very few Slovak films have made it to the screens of the big film festivals. But if the reception of Slovak productions at the Cannes International Film Festival is any indication, things are looking up for Slovak filmmakers.

This year's Cannes Festival, which runs from May 12 to May 23, will feature far more Slovak films that at any time in the recent past. Apart from the joint Slovak and Czech pavilion at the affiliated film fair Marché du Film, Slovak representatives will also appear in the competition Cinéfondation, the project Producers on the Move and in the Short Film Corner fair.

Mátyás Prikler, a recent graduate of the University of Performing Arts in Bratislava, will present his movie Ďakujem, dobre (Thanks, good) presented in the competition of student films and film schools Cinéfondation. The foundation aims to support the work of younger generations of filmmakers.

“The film was chosen from some 1,500 entries and is certainly a great honour for Slovakia,” Andrea Strelková, the director of the National Cinematographic Centre of the Slovak Film Institute told The Slovak Spectator.

Ďakujem, dobre tells the story of a family and is concerned with the destructiveness of some human relationships.

Prikler’s film, which also received several national awards including the Slnko v sieti for the best short film of the year, will be the first non-animated Slovak film to get its international premier at Cannes. Vlado Král’s short animated movie, Ak nie, tak nie (If not, then not) was the last Slovak film to debut in Cannes, and that was twenty years ago, in 1990.

Screenwriter Juraj Leščák co-authored the screenplay of Ďakujem, dobre. It is his second Cannes credit as he also contributed to the script of Juraj Lehotský’s documentary Slepé lásky (Blind Loves), in 2008.

“Making the Cannes lineup is not easy, even for the short and student films, so when we consider that in 2008 we had the documentary Slepé lásky in the Director’s Fortnight section, it certainly is a good balance,” said Strelková.

“Slovak filmmakers are opening themselves more and more to international cooperation, and participation at the Cannes festival is important to their work. It’s the world’s biggest film festival and really everybody comes here,” Strelková added.

She also noted that the Slovak-Czech joint pavilion at the Marché du Film fair, organised for the seventh consecutive year, helps to make Slovakia more visible and attracts interest in Slovak films among foreign filmmakers and film enthusiasts.

The pavilion serves as an information centre regarding the Slovak film industry and also as a gathering place for Slovak filmmakers who have come to Cannes. According to Strelková, this year’s festival will welcome the biggest group of Slovak filmmakers in recent years.

The pavilion will present released films as well as in-preparation projects. They will also circulate a promotional publication called Slovak Films 08 – 10 as well as a catalogue, Upcoming Slovak Films.

Slovakia will also have a representative in the Producers on the Move project, which focuses on networking among producers from around the world. Producer Silvia Panáková represents Slovakia.

“After three male producers (Marek Veselický, Marko Škop and Peter Kerekes), she is the first woman to represent us in this project,” Strelková said.

Panáková is currently working on a staged documentary about the eccentric sculptor F.X. Messerschmidt and she sees her participation in the project as an opportunity to find a foreign co-producer for the film.

“Our film is very demanding in terms of finances because it takes place in the 18th century,” Panáková said.