WHEN Jozef Magala took over as director of the Slovak secret service in the summer of 2006, the SIS was in crisis. A power struggle between two of its top officers – inspection head Anton R. and counter-intelligence chief Ľubomír A. – had spilled into the open. 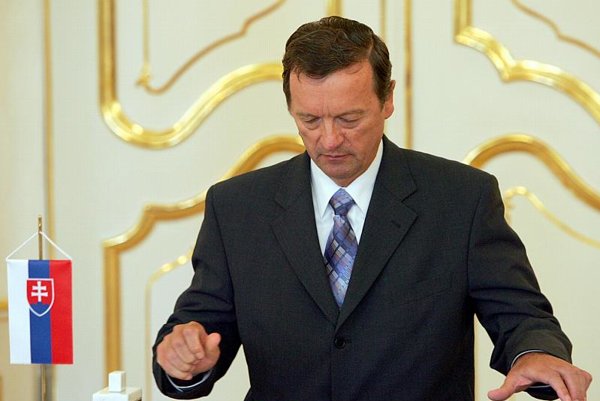 WHEN Jozef Magala took over as director of the Slovak secret service in the summer of 2006, the SIS was in crisis. A power struggle between two of its top officers – inspection head Anton R. and counter-intelligence chief Ľubomír A. – had spilled into the open.

A suspicion of scam by SIS agents to extort money from people needing security clearance certificates was an open secret. And classified files and surveillance transcripts were being hawked by senior counter-intelligence operatives to the highest bidder.

After three years of drift under an ineffective boss, Ladislav Pittner, rogue elements in the SIS virtually ruled the roost.

But of all the tasks that demanded Magala’s immediate attention, one was paramount, say insiders – to stop the leaks.

“After his years in opposition, [Prime Minister Robert] Fico knew the SIS leaked like a sieve, and he was determined that the private conversations and backroom chats of his ministers weren’t going to wind up in the media like they did under Dzurinda's government,” said a security sector source.

The SIS incorporates counter-intelligence and foreign intelligence wings, as well as inspection, personnel, technical support and other sections.

Most of the problems were seen as coming from within counter-intelligence, from the bureau responsible for monitoring economic and organised crime.

According to SIS officers who served under Magala, the new leadership used two tactics to stop the outflow of secrets and other embarrassments from the economic crime bureau.

First, they beefed up the inspection wing and pumped up the hunt for “the enemy within” the service itself. And second, they discouraged operatives from working on cases that could embarrass the Fico government.

“Magala introduced an internal control system that was very effective,” said an operative who left the service last year after a career stretching back to the pre-1998 Ivan Lexa era. “First they kicked out the scoundrels – not all of them, but mainly those who represented competition to the new management – as well as anyone who was particularly good at their jobs. Then they intimidated anyone else who had a tendency to be active. For example, if an agent brought in a useful bit of information, his superiors would demand to know whether he could prove it. Operatives very quickly sense which way the wind is blowing, and they took this as a signal that they should forget about the information in question.”

Since mid 2008, the economic crime bureau has been virtually dismantled. One-quarter of its staff of 80 officers have been replaced in the past two years, including former section director T. K. and his deputy, M. B., who had been appointed to their jobs by Magala. Their full names cannot be divulged by law because it is considered secret information.

The two were allegedly fired after accepting gifts from a company in violation of SIS policy.

“At least 10 of those guys deserved to lose their jobs, but you can imagine what effect it had on morale,” said the ex-agent.

But a source close to the SIS denied the new boss had conducted purges. “When Magala took over he gave many senior people appointed under the previous government a chance to do their jobs with no nonsense. Tibor K. and Miloš B. were let go two years later because they continued to use their positions to make money on the side. And even then, it was only after they decided to sue for wrongful dismissal that criminal charges were laid.”

Tibor Gašpar, head of the police anti-corruption unit, confirmed for The Slovak Spectator that the two ex-agents were charged on April 1, 2010, with fraud and abuse of public office.

Fruits of their labours

On the face of it, Magala's strategy has worked. The SIS has occasionally been embarrassed since 2006, but more due to personal failings than to a systemic rot.

There was Jozef Matúš, head of the vaunted inspection division, who was defrocked in 2008 after creating a profile, including his photograph and personal details, on the pokec.sk dating website.

Following this debacle, the inspection wing was renamed the intelligence protection division.

Then there was the publication earlier this year of a list of all nine section chiefs and their deputies, along with their code names, telephone numbers, and dates of birth. The list was authentic, but two years out of date.

“I regard the leaking of this list as a form of revenge on the part of officers who were fired,” said Ján Mojžiš, former head of the SIS central analysis department who left in 2001 to found the National Security Bureau. “This was a clear attempt to portray the service as unprofessional.”

Mojžiš is now a member of the opposition Christian Democratic Movement (KDH).

Questions have also been asked about the source of Prime Minister Fico’s information, presented last January, concerning the secret, foreign sources of financing for the opposition Slovak Democratic and Christian Union (SDKÚ). The damaging revelations led party leader Mikuláš Dzurinda to withdraw from the SDKÚ election ticket. According to the SIS source, that information came from a police bureau that deals with economic crime.

Compared to the Dzurinda era, however, the SIS has been on its best behaviour over the past four years. In 2003, for example, a bizarre and offensive SIS file on a government critic was leaked to the media.

“Miloš Žiak is a Jew and his wife Marina is a Russian Jew whose maiden name was Mesežnikovová,” the report began.

“There have certainly been fewer embarrassments, and it has been especially noticeable that fewer wiretap transcripts have wound up in the public domain than before,” said Mojžiš.

But with an annual budget of €40 million the secret service is expected to do more than just avoid make the headlines.

After all, an estimated 60 to 70 percent of the annual SIS budget goes to pay the salaries of its 1,000-odd employees and its 1,000 estimated collaborators. What do these people actually do?

Although it cannot formally participate in criminal investigations, the secret service passes on information affecting state interests to key officials such as the prime minister, the president and the interior minister.

But because these transactions are secret, there is no way of knowing how well the SIS is performing. What, for example, was Robert Fico told about some of his government’s worst corruption scandals, such as the sale of cut-rate state emissions quotas to private interests? And when did he know it?

Neither the secret service nor the prime minister’s office responded to questions about the work of the SIS.

The ex-agent said that Magala had been given an informal “Top 15” list of the most serious corruption cases at the end of 2006. “They know very well what’s going on, even before it happens,” he said. “But what they do with that information, I can’t say.”

This secrecy frustrates some of the people charged with keeping tabs on the SIS. “I would be better able to evaluate the performance of the SIS if we actually had access to relevant information,” said Pavol Abrhan of the opposition Christian Democratic Movement (KDS), a member of the parliamentary oversight committee for the SIS.

Another member of the committee, Ján Kovarčík of the HZDS ruling coalition party, praised the work of the SIS under Magala, despite his party’s disappointment in failing to have its nominee confirmed as Magala’s deputy in 2006.

“The SIS has been stabilised and has found an appropriate mode of operation,” he said. “There have been no scandals involving the secret service in the past four years.”

But others believe the secrecy is a convenient cover for Fico's tools-down policy.

“There are two possibilities,” said Mojžiš. “Either they are working more professionally, or they are not working at all. But the only people who can make that judgement are the ones receiving their secret reports.”