Leasing both blue and white collars

UNLIKE western European countries with more flexible labour markets, personnel leasing or, more exactly temporary employment via personnel agencies, has not ranked as a popular form of employment in Slovakia so far. During the most painful stages of the economic crisis companies first rid themselves of temporary agency workers, seeking to preserve jobs for their permanent employees. Some companies are now realising that temporary agency employment can be one way to cope with their changing needs for labour based on the ups and downs of the market. 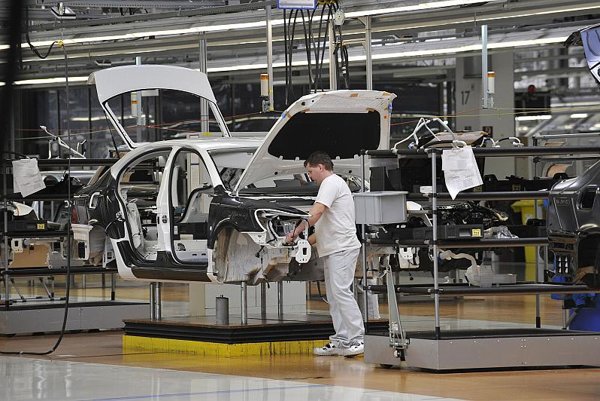 UNLIKE western European countries with more flexible labour markets, personnel leasing or, more exactly temporary employment via personnel agencies, has not ranked as a popular form of employment in Slovakia so far. During the most painful stages of the economic crisis companies first rid themselves of temporary agency workers, seeking to preserve jobs for their permanent employees. Some companies are now realising that temporary agency employment can be one way to cope with their changing needs for labour based on the ups and downs of the market.

These days, when many companies find it difficult to make long-term employment plans, they have the opportunity to cooperate with a specialised employment agency to secure temporary employees via leasing. And unemployed persons are also realising that right now there are more limited chances to land a permanent job and they are reconsidering whether this form of employment could be of interest to them.

“The current interest in personnel leasing is very high,” Monika Martinková, director of the division for products and marketing at Trenkwalder, the biggest personnel leasing company in Slovakia, told The Slovak Spectator. “During the last 10 months we have registered a continual increase in interest in this service. If this trend continues, we will be back to pre-crisis levels by the end of 2010.”

Peter Paška, executive officer of ProAct People Slovensko, confirmed an upward trend and noted a change in the minds of companies as well as employees, saying that production companies prefer gaining more staff through personnel agencies as they do not wish to add employees who have permanent work contracts. He noted that a change in Slovakia’s legislation that became effective on March 1 is also making this form of employment more attractive and viable.

“Wordings of contracts follow the latest legislation which secures equality of employment conditions between agency workers and internal workers of a company,” Paška told The Slovak Spectator.

Martinková sees personnel leasing as one of the fastest and most accessible ways for job seekers to find work. She attributes this to an inflexible Labour Code in Slovakia and persistent uncertainty in the labour market.

“The second fundamental argument in favour of personnel leasing is the speed with which new workers can be engaged in the production process,” said Martinková. “Compared with the traditional recruitment process an agency can provide the required number of workers in a very short period of time, one which in general is 70 percent shorter than the time needed for recruitment.”

According to Jaroslava Rezlerová, director general of Manpower in the Czech Republic and Slovakia, companies which never used agency workers before the crisis are now emerging with an interest in doing so. She said that, because no order is absolutely certain, large swings in production can occur, and thus companies want greater flexibility, and that personnel leasing can solve their short-term needs for labour.

She added this is not only the case among production companies and that Manpower leases specialised workers to technology companies and can secure qualified personnel for call centres and other types of employers.

“The interest of production companies in agency workers has been resuming only very slowly,” Rezlerová told The Slovak Spectator.

Rezlerová estimated that over the course of the last one-and-half-year, the number of agency workers decreased by about one half, saying that before the crisis automakers and other large production companies which employed thousands of agency workers were the main users of personnel leasing. Martinková of Trenkwalder said companies in Slovakia reacted to the crisis differently than in other countries.

“The behaviour of employers and their use of personnel leasing changed several times over the last 18 months,” said Martinková. “In September 2008 we were placing as many as 7,000, workers while this January it was only a bit more than 1,000. This was caused by the different attitude of Slovak companies to agency workers. While in western Europe companies were laying off agency and internal workers equally, companies in Slovakia first terminated contracts with agency workers.”

Paška sees the pre-crisis shortage of qualified labour – when companies often competed for potential workers and offered them various benefits – as behind the current drop in interest for agency labour. The significant fall in production caused by the crisis reduced the need for labour and companies’ first step was to reduce requests for temporary employees from personnel agencies. ProAct People Slovensko said that it had employed almost 3,500 workers in 2008, but saw that number fall by almost 20 percent in 2009.

Personnel leasing remains less popular in Slovakia than in other countries of the European Union.

“Great Britain is a real leader in the use of personnel leasing; this form of employment makes up as much as 12 percent of the labour market,” said Martinková. “In Slovakia it is about 2 percent and in Austria it is 5 percent.”

Because Manpower has 4,000 branches in 82 countries it is able to compare the situation across multiple countries.

“The crisis began to affect the labour market in western European countries one quarter earlier on average, but the effects of the crisis have also disappeared earlier and since the start of 2010 the interest in agency workers has been increasing rapidly,” Rezlerová said. “This is especially because agency employment has a tradition [in those countries] and all segments of the economy use agency workers. In Poland, Hungary and the Czech Republic, as in Slovakia, interest is growing more slowly due to weaker usage of personnel leasing in the services sector, the hotel business and others.”

Production companies in the automotive, electro-technical, machinery and IT industries continue to be the primary users of the services of personnel agencies and they lease workers particularly for blue-collar positions, where little specialisation is required. Their employment levels usually follow production volumes. Trenkwalder also reports a high interest in leased workers in construction.

“Compared with the pre-crisis period, companies have discovered the possibility of using personnel leasing also in sectors such as services, administration and retail sales,” said Martinková, adding that this is evidence that personnel leasing has ceased being only the domain of companies in production industries.

ProAct People Slovensko confirmed this trend and said it has demand for candidates for middle-management positions, production engineers, process coordinators and other job positions where a higher level of education is required.

Temporary employment in a company via personnel leasing usually lasts from a few months to one or two years, but the contracts are sometimes extended.

Trenkwalder said the average period of one contract at its agency is six months while Manpower said its experience is that the period during which an agency worker remains at one place is not limited by the interest of the company but by the high turnover at these positions, adding that the situation in call centres is similar. Specialists that Manpower supplies to technology companies usually have contracts for one and more years and in most cases are extended, according to Rezlerová.

“These are industrially developed regions with good infrastructure,” said Martinková, adding that the situation in regions of Trnava and Košice is also good. “Banská Bystrica and Prešov Regions return weaker results. These regions are becoming ‘a pool of labour’ for the needs of neighbouring regions.”

Trenkwalder, the biggest personnel agency in Slovakia, currently has over 4,200 people placed with companies, or about 60 percent of the number it had in 2008, which was the company’s best year, according to Martinková, who added that it has about 30,000 people registered in its database.

Manpower leases more than 1,700 people each day and has about 10,000 active job applicants in its database, according to Rezlerová.

ProAct People Slovensko said it employs on average over 1,000 workers each day across Slovakia but that this number changes according to requests from partner companies. It said that during peak periods its leased employees can increase up to 1,500 or 2,000 people and that its database registers several thousand job applicants from across Slovakia.