Private universities search for a toehold 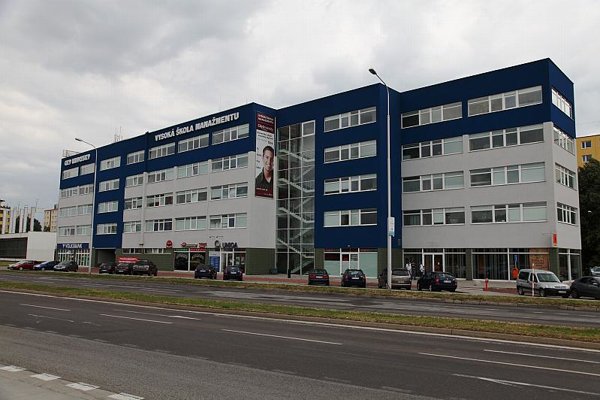 Slovakia’s legislation recognises a private university as a legal person if it has a seat in Slovakia or another country of the EU, the EEA or in Switzerland, if it was established for the purpose of education and research, and if it has received approval from the Slovak authorities.

“The image of private universities in Slovakia is garbled due to the unwillingness [of the ministry] to evaluate them individually,” Branislav Lichardus, the rector of Vysoká Škola Manažmentu (VŠM), a private school in TrenČín and Bratislava, told The Slovak Spectator. “Generally, they are viewed, namely by some rectors of public universities, as schools that only care about money and thus they are considered as a cause of the decline of university schooling.”

“The main aim of City University – and today also of VŠM – was and is to contribute to strengthening the market economy at acceptable financial conditions through our time-proven teaching methods and study programmes,” Lichardus told The Slovak Spectator.

VŠM has the ambition to create an alternative to the public universities’ schools of economics through its innovative study and teaching elements, according to Lichardus.

Miroslav Řádek, an analyst with the European Public Policy Partnership believes Slovakia’s system of university education would work better if it was based more on market principles.

“The whole system of university education in Slovakia needs in-depth changes – its public-service character should change into an environment which we could call a market for education,” Řádek said.

Renáta Králiková, an analyst with the Slovak Governance Institute (SGI), a non-governmental think tank, said that the presence of private universities in Slovakia’s higher education system is important because they act as competitors to the public schools and thus help to increase the quality of education generally, adding that they often bring a different culture into the university environment.

“Private universities have a different quality in their relationships with students,” Králiková said. “As they are directly dependent on this source of income they try to be more accommodating and create more suitable conditions for students.”

According to Králiková this approach can help to build better higher-education quality but this alone will not secure it.

“At the same time we have to be aware that private universities are very new in Slovakia and therefore they need time to develop the quality of their teaching and their research,” Králiková noted.

She said that no comparative survey of the quality of private universities has been carried out in Slovakia.

“The only comparison we have is the accreditation process that shows us that private universities fulfil the basic criteria of quality set by the state,” Králiková said. “In comparison with public universities they are very new (with the exception of VŠM) so they still need to build their quality.”

From Lichardus’s viewpoint, Slovakia has progressive and innovative schools and he believes his school is among them. But he also says there are private schools that only recently emerged, ones which have not yet had time to establish themselves.

“Delivering quality education is a long-term process,” Lichardus said. “And evaluating it before a school has time to get to certain level is like evaluating a child with criteria for an adult.”

Králiková said one of the roles of private universities is to provide more diversified choices to students and to create competition within the educational system for both students and teachers. She believes this in turn can improve services and study conditions for students as well as provide better working conditions for teachers.

According to Lichardus, the best schools in the world are private universities in the US and the UK. Similarly, Japan and South Korea are countries where private universities play an important role, but he says the European tradition is different – for instance, in Finland the law only allows tuition fee-free education.

Králiková explained that private universities in countries with a competitive educational market are often more oriented towards teaching rather than research (with the exception of in the US) and they offer study programmes that are more financially lucrative and less financially intensive, such as in management studies, economics, humanities and social sciences.

They also noted that governments in these countries usually regulate private universities less than public schools.

“This, however, is not really happening in Slovakia where the state over-regulates private universities and does not trust them,” Králiková said.

“Private universities are in the position of an unwanted child,” Lichardus said. “The state contributes no finances to any of their activities – the realisation of accredited programmes, research activities, or administrative activities which they are flooded with [by the state]. On the other hand, the same criteria apply to them as for public schools, which are funded from the state.”

According to Lichardus, the lack of financial assistance from the state to private universities is a limiting factor but that it is not the only one.

He says private universities are also hampered in receiving grants from the state government and the EU, they face bureaucratic burdens, and their voice in national university bodies is subdued.

Private universities would welcome a change of what they call a deforming environment, according to Lichardus.

“We don’t oppose the same quality requirements for private and public schools, but we also must have the same support and rights, including the financial ones,” he said.

Králiková says that, per se, being located in smaller towns is not a problem.

“There are universities in small towns in the US but their role is often linked to the needs of the local community and this is something that is missing in Slovakia,” she said. “The universities [in Slovakia] could be rather locally-oriented, such as preparing graduates for the local labour market and doing various projects and research to meet local needs. But these [private] universities in Slovakia are trying to be national-type institutions, which is not working very well, as they don’t have the resources for this.”

A key, according to her, would be to diversify the levels of universities such as it is in the US where there are, for example, community colleges which prepare students for further university education while cooperating and working with local governments and businesses.