SLOVAKIA’S first Rainbow Pride parade, attacked by skinheads, insufficiently protected by the police, and ignored by politicians, revealed that Slovaks are still not ready to accept all colours of the rainbow (dúha). So what colours do dominate the local palette? 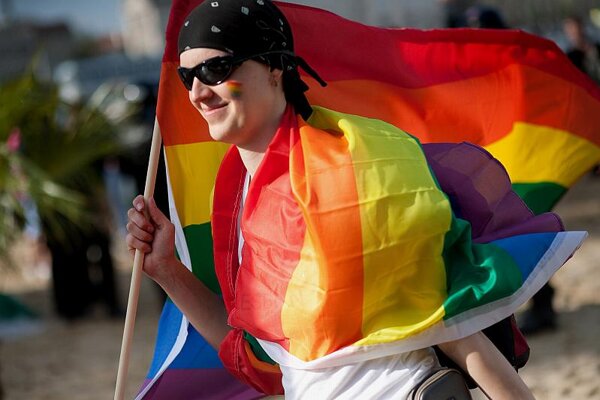 SLOVAKIA’S first Rainbow Pride parade, attacked by skinheads, insufficiently protected by the police, and ignored by politicians, revealed that Slovaks are still not ready to accept all colours of the rainbow (dúha). So what colours do dominate the local palette?

Judging by the news, it’s mainly red (červená), white (biela) and green (zelená), the colours of the Hungarian flag. Viktor Orbán’s provocative and useless law on dual citizenship has become the key topic of domestic politics, which is reacting with hysteria.

It now seems that after the 1992 elections, which were about the fate of Czechoslovakia, and the 1998 and 2002 elections, in which the country’s entry into the EU and NATO were at stake, the 2010 vote will once again be dominated by international issues.

So far, orange (oranžová), the colour of the ruling Smer party, remains strong in the race. Despite accusations of selling parliamentary seats and accepting hundreds of millions of crowns which never appeared in the party’s books, Robert Fico’s standing within the party and in the polls appears unaffected. But Smer did suffer one blow as a result of suspicions of illegal financing – the Christian Democrats (whose colour is yellow, žltá) ruled out a post-election coalition with the party. Since the largest opposition party, the Slovak Democratic and Christian Union (SDKÚ), and which uses the slogan “Blue is good” (modrá je dobrá), said long ago it would not rule with Fico, and Béla Bugár has also joined the anti-Smer camp, the prime minister’s options remain limited.

He can either repeat the current coalition, or make a deal with the Hungarian Coalition Party (SMK). Given that Fico wants to strip SMK lawmakers that accept Hungarian citizenship of their mandates and that his billboards use the slogan “They took the SMK into government! They’ll do it again!” as a threat against KDH and the SDKÚ, a Smer-SMK alliance does not seem too likely.

The gay pride parade saw a peaceful pro-tolerance crowd violently attacked by extremists. Slovak and Hungarian governments are trying to push mutual relations into an “us against them” situation, whereas it’s more a matter of “rationality vs. stupidity”. A few months ago almost any coalition seemed possible after the elections, now the political scene seems clearly divided into two solid blocks. In other words, things in Slovakia are becoming increasingly black and white.