Operative leasing begins to catch on in Slovakia

CRISIS-HIT companies are currently faced with the challenge of how to secure the means of production they need to do business in a flexible way that does not over-burden their budgets. In the present situation, when companies are often unable to make long-term plans, operative leasing, an approach until now used much less in Slovakia than abroad, is one way to do this. 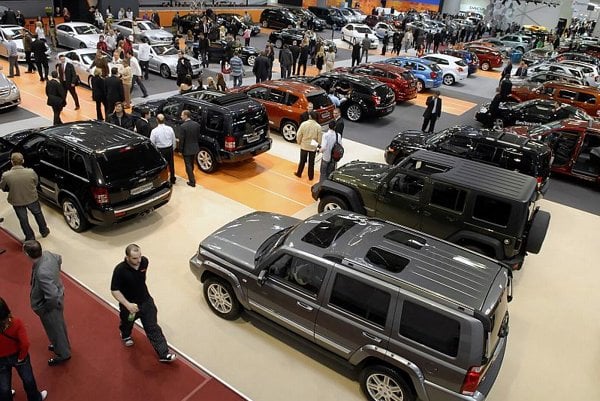 CRISIS-HIT companies are currently faced with the challenge of how to secure the means of production they need to do business in a flexible way that does not over-burden their budgets. In the present situation, when companies are often unable to make long-term plans, operative leasing, an approach until now used much less in Slovakia than abroad, is one way to do this.

“Operative leasing is a routinely-used form of financing in developed western European economies,” Igor Chachaľák, executive officer of UniCredit Fleet Management, told The Slovak Spectator. “It is still building its position in the Slovak as well as other developing leasing markets.”

The Slovak Association of Leasing Companies (ALS) confirms the lower popularity of operative leasing in Slovakia.

“In the case of leasing companies clustered in ALS, the share of operative leasing in the passenger-car segment accounts for approximately 8 percent, while in Europe it is as much as 19 percent,” Marián Horváth, the chairman of the committee for statistics and media at ALS, told The Slovak Spectator. “Similarly in the segment of trucks and commercial vehicles used for transportation the share in Slovakia is less than 8 percent while in the European Union it is about 16 percent.”

Horváth sees the desire of clients of leasing companies to own the vehicle after the financing period is over as being behind the so-far lower popularity of operative leasing in Slovakia. The main characteristic of operative leasing is to lease an item for a certain period of time and not to become its owner after the contract ends.

The experience of ČSOB Leasing is that the biggest share of operative leasing is with large multinational companies, which have long-term experience with this approach and use it in other countries.

“I personally think that in Slovakia the opinion still prevails that operative leasing is more expensive than other financial products offered by leasing companies or banks,” Alexander Frický, manager of the Operative Leasing of Cars team at ČSOB Leasing, told The Slovak Spectator. “But it is necessary to realise that operative leasing is above all a service and, in a complex comparison of costs for operation of a car for a client, is the most advantageous solution for financing and maintaining company car fleets.”

But the economic crisis has highlighted the advantages of operative leasing.

Operative leasing is a rental where the rental period is shorter than the useful life of the rented item. The lessee does not usually purchase the leased item, for example a car, at the end of the lease, but simply returns the leased property to the leasing company, subject to the agreed conditions. The lessee can benefit from all the advantages of off-balance-sheet financing. The entire rent represents expenditure on the income statement which subsequently lowers the taxable base for the calculation of income tax. Moreover, when renting an item via operative leasing, the lessee does not need to deal with risks linked to ownership of the item, for example a car or fleet, as leasing companies offer service and maintenance on the vehicles.

“Especially during the crisis operative leasing is an ideal product for business entities,” said Chachaľák. “When using operative leasing, rental payments enable exact control over the operating costs of every single vehicle as well as the whole fleet.”

Frický agrees that the importance of operative leasing is increasing because it enables effective control of one of a company’s important costs items, its fleet costs.

“An important benefit for the client is the coverage of the risk of the residual value of a vehicle, and costs related to the re-sale of the vehicle, by the leasing company,” said Frický.

Horváth of ALS sees operative leasing as one way, along with the relative lack of long-term consumer-supplier contracts, to allow companies to enter projects under which they have guaranteed usage of an investment item for a term which is shorter than its term of depreciation or normal lifespan. When using operative leasing they pay only for depreciation of the item during the period that they use it.

“The general annual decline of the leasing market in Slovakia in 2009 was 45 percent and this negative development was also reflected in operative leasing,” said Horváth. “But its drop by 30 percent was significantly lower than, for example the drop in financing of clients via financial leasing, which shrank by 56 percent. This means that clients used more operative leasing last year, i.e. during the period of economic uncertainty and culminating crisis, than other products from leasing companies.”

At UniCredit Fleet Management, the crisis depressed general demand for operative leasing as companies, in an effort to reduce their operating costs, prolonged existing rental contracts or completely terminated rental of cars.

“In spite of the general decline on the leasing market, UniCredit Fleet Management administers more than 2,300 cars for its clients,” said Chachaľák.

In 2009, Lease Plan Slovakia B.V. topped the operative leasing chart of ALS, with aggregate acquisition costs excluding VAT of €18.965 million. It was followed by UniCredit Leasing Slovakia (including UniCredit Fleet Management), with €14.313 million; and ČSOB Leasing, with €11.463 million.

In ČSOB Leasing, according to Frický, acquisitions of vehicles for large companies were halted as part of savings measures, which reflected negatively on its operative leasing results.

Operative leasing’s share of the total financing market reached 7 percent in 2009. Leasing companies financed 4,540 client investment needs via operative leasing, and aggregate acquisition costs were almost €108 million. Two-thirds of clients were businesses active in services and among the rest, companies from various sectors of industry and construction were especially prevalent, according to ALS.

Of the main leased commodities, commercial vehicles and machinery and equipment reported a drop identical to that of the whole operative leasing market, 30 percent. The passenger-car segment reported a drop as deep as 39 percent, caused, according to Horváth, by the general drop in the price of cars due to last year’s car-scrapping bonus scheme and thus an increased willingness by companies to buy cars for cash or, compared with the past, to completely halt renewal of company fleets.

On the other hand, operative leasing of trucks decreased by ‘only’ 23 percent.

“The reason is the already mentioned economic uncertainty in 2009, when a businessman, under insecurity of orders, was not able to guarantee to a leasing company a transportation contract for the period of time identical with the normal lifetime of a vehicle, which is three to four years,” said Horváth. “Thus last year’s decision of clients to finance trucks or trailers or semi-trailers via operative leasing was logical and reflected the perception of the company’s current situation.”

With regards to the composition of commodities for which Slovak companies use operative leasing, this is comparable with the general situation in Europe. So passenger cars account for almost one half and the remaining large commodities such as commercial vehicles, machinery and equipment, and trucks are represented by approximately the same shares, according to Horváth.

Based on results ALS collected for the first quarter of 2010, operative leasing decreased moderately, by 2.7 percent, while the general leasing market dropped by 8 percent year-on-year. But the development in individual commodities differed.