IN A PERFECT world in which political parties devotedly followed their programmes after the election, voters who would like to see the economic and business environment in Slovakia improve, should carefully study how each party has proposed to tackle significant issues involving the economy, the public budget and the business environment. Three groups recently made comparison of the major political parties' election programmes against these kinds of criteria. 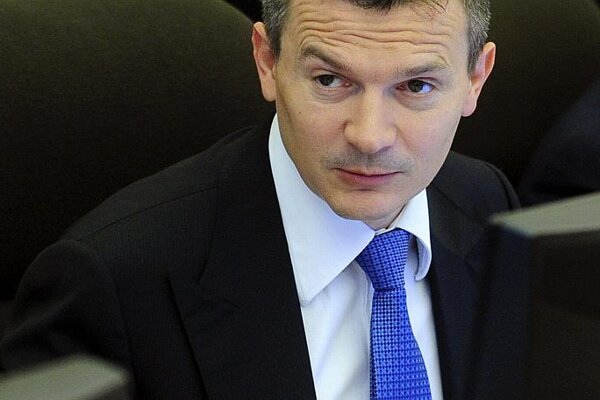 IN A PERFECT world in which political parties devotedly followed their programmes after the election, voters who would like to see the economic and business environment in Slovakia improve, should carefully study how each party has proposed to tackle significant issues involving the economy, the public budget and the business environment. Three groups recently made comparison of the major political parties' election programmes against these kinds of criteria.

The Slovak Business Alliance (PAS) gave its highest grade, 68 percent, to the Slovak Democratic and Christian Union (SDKÚ) after examining the party’s election programme for improving the business environment. The highest possible score was 100 percent. The Christian Democratic Movement (KDH) followed in second place scoring 53 percent and the Freedom and Solidarity party (SaS) finished third with a ranking of nearly 40 percent. The three parties currently making up the governing coalition ended bottom of the comparison, with the Slovak National Party (SNS) finishing in the basement with a 10-percent ranking.

PAS used its so-called ‘wish list’, prepared this year in cooperation with the American Chamber of Commerce in Slovakia (AmCham), to examine the parties’ programmes against the priorities that business leaders suggested the next government should pursue in order to improve the quality of the business environment.

The wish list includes a fundamental request for the state government to responsibly manage the country by pursuing macro-economic stability and curbing public finance deficits. Improving enforcement of laws and significantly shortening the length of court proceedings were also near the top of PAS’s wish list.

The business alliance also appealed for: an end to unsystematic and frequent revisions in laws; for the payroll tax burden to be eased; and for greater flexibility in the labour market based on models from more-developed European countries that have had lower long-term unemployment rates. The business leaders also stated that they would welcome it if the next government made the fight against corruption one of its top priorities.

When assessing each party’s election programme, PAS said it looked at how much detail the party used in identifying economic and business-related problems and what tools and methods the party offered to tackle these problems, along with how realistic the proposed solutions were.

“In their election programmes, politicians devoted the most attention to the fight against corruption, bureaucracy and further irresponsible indebtedness of the state,” PAS wrote. "They were less interested in emphasising the irreplaceable role of business, the enforcement of discipline in the European Union, and the improvement of education.”

INESS, an economic think tank, also took a closer look at the parties’ election programmes to see how they proposed to tame growth in the public finance deficit and how the parties proposed to prepare the ground for better economic growth. INESS described five basic areas of key importance for Slovakia: the growing public finance deficit; the overall business environment; the growing unemployment rate; an unsustainable first pillar of the pension insurance system; and the country’s indebted health-care system. INESS then examined the party programmes in terms of how they responded to these issues.

“The main shortcomings of the election programmes are their flat silence about concrete areas of savings in public finances and a solution to the unfavourable situation of the social insurer, Sociálna Poisťovňa,” INESS said. “In their programmes, the parties are ignoring the fact that at this time it is not important for Slovakia’s public finances in which areas the parties want to spend new subsidies – rather it is the contrary – the key is in which areas they want to save.”

According to INESS, with the current deficit climbing close to €4 billion, steps such as the dissolution of the National Property Fund (FNM), for example, or the installation of electronic auctions is not enough.

“Balancing the budget calls for much higher savings if this is not to be achieved by tax hikes which would threaten Slovakia’s competitiveness,” INESS wrote. “Such savings call for modifications in transfers and subsidies to the population.”

On a 5-point grading system, INESS evaluated each party’s proposals to control the government budget deficit and none of the parties achieved a ranking better than 3 – a mark which INESS says indicates that the party is only proposing measures that would continue the current problems. SDKÚ, SaS, Most-Híd and the KDH were given marks of 3, while the worst ranking of 5, representing proposals that INESS says would worsen the current deficit situation, went to the Movement for a Democratic Slovakia (HZDS).

A grade of 1 was given only to a political party if INESS said it identified problem areas correctly and proposed effective measures to correct these problems. The only party which received a grade of 1 was SaS, and that was in the areas of business environment and dealing with increasing unemployment. Robert Fico’s Smer party received grades of 4 or 5 from INESS in each of the five categories.

The Institute for Economic and Social Reforms (INEKO), a public policy think-tank, stated that the programmes of SaS, SDKÚ and Most-Híd would be best suited to secure sustainability in public finances, while the worst election platforms came from SNS, Smer and HZDS, according to an INEKO press release. INEKO examined the election programmes of eight parties using the assistance of nine economists who work for banks or for the non-governmental sector.

INEKO gave the best rating to the SDKÚ election promise that it will limit the adoption of new legislation with a negative impact on the state budget so that it would be possible only if counter-compensatory measures were taken to the same degree. INEKO also gave high rankings to SDKÚ for its promises to halt further indebtedness through the initiation of a cap on expenditure and brakes on further debt as part of its plan for consolidation of public finances.

INEKO ranked promises made by some parties such as the HZDS and KDH to not increase the retirement age and to provide a ‘13th month’ pension payment at its lower end of its scale. INEKO stated that Smer did not directly include these promises in its election programme but noted that leading representatives of Smer have openly declared these objectives several times and for that reason the think-tank considered them to be part of the party’s programme.