BANKS Europe-wide might soon be required to contribute to a grand safety net intended to avoid future taxpayer-funded bailouts of failing banks. The European Commission is proposing that banks start paying a special tax to fund a network of what it is calling “bank resolution” funds. The funds would be part of a broader scheme to prevent a future financial crisis. 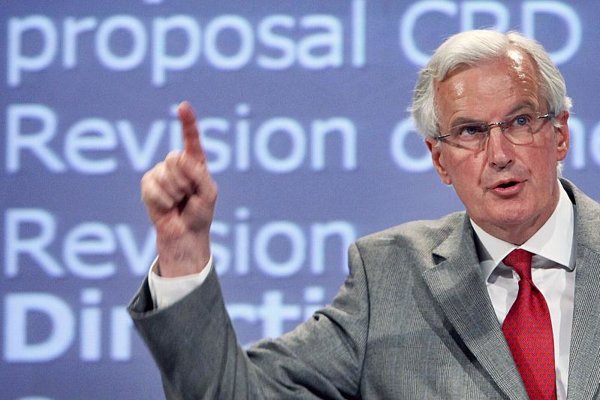 BANKS Europe-wide might soon be required to contribute to a grand safety net intended to avoid future taxpayer-funded bailouts of failing banks. The European Commission is proposing that banks start paying a special tax to fund a network of what it is calling “bank resolution” funds. The funds would be part of a broader scheme to prevent a future financial crisis.

Banking groups operating in Slovakia have said that the idea is not new, and have also expressed doubt that such a safety net is the right tool to prevent a future crisis. What such a fund could inspire, the banks argue, is riskier behaviour on the part of some financial institutions, describing the idea as promoting “moral hazard”.

However, the European Commission says that the funds would not be used to bail out or rescue banks, but only to ensure that a bank's failure is managed in an orderly way and does not destabilise the financial system, according to an official EC statement released on May 26.

"It is not acceptable that taxpayers should continue to bear the heavy cost of rescuing the banking sector,” said EC Internal Market and Services Commissioner Michel Barnier. “They should not be in the front line. I believe in the 'polluter pays' principle. We need to build a system which ensures that the financial sector will pay the cost of banking crises in the future.”

This is why Barnier believes that banks should be invited to contribute to a fund designed to manage bank failure, protect financial stability and limit contagion, but which is not a bail-out fund.

“Efforts by governments to establish special funds, financed from extra fees, for the eventual support of financial institutions are nothing new, but the submitted proposal raises more questions than answers,” Marcel Laznia of the Slovak Banking Association told The Slovak Spectator.


According to Laznia, extra fees and the creation of a stabilisation fund will not prevent a crisis developing in future.

“On the contrary, the existence of such funds creates room for riskier behaviour by banking houses since they would rely on being rescued through such a fund,” Laznia said, referring to what he called greater moral hazard.

The EC has said that it recognises that the existence of large bank-funded schemes raises important 'moral hazard' issues if there is a belief that the funds exist to shelter banks from eventual failure. The EC suggests that it needs to be made clear that shareholders and uninsured creditors will be the first to face the consequences of a bank failure and that resolution funds will not be an insurance policy to bail out crashing banks, but “rather to facilitate an orderly failure”.

However, the European Commission proposal is not yet specific about the volume of the fee or how it would be collected. The size and scope of the fund would depend on the efficiency of improved supervision and regulation, said the EC.

“For this reason we cannot today predict the impact on banks and clients,” Laznia said. “If these expenses are considerable, it is probable that they will be reflected in the prices of products and services, as is the case with transfers to the Deposit [Insurance] Fund.”

Laznia, however, said that a serious risk in the establishment of such a fund is precisely moral hazard, when not only banks but also bank clients who are not covered by the deposit protection fund come to rely on just such a safety network.

Laznia could not recall measures similar to an extra tax on the banking sector in the past. Among European Union countries only Sweden has created a similar stabilisation fund.

According to the EC, a number of EU member states have already introduced or are considering introducing taxes on their banking sector but the lack of a coordinated approach towards how much money should be levied and how it should be used means that “there is a risk of competitive distortions between national banking markets and of cross-border cooperation during crises being hampered”.

The Slovak Finance Ministry, however, is leaving the creation of such a fund up to the next government, which will emerge after the parliamentary election scheduled for June 12.

“The banking sector in Slovakia is in good condition and needs no help,” said Finance Ministry spokesman Miroslav Šmál, as quoted by the Sme daily.