Corporate responsibility during the crisis

WHILE the economic downturn has not changed companies’ commitment to meet globally recognised corporate responsibility standards, it has challenged them in terms of how to use reduced funds more effectively and search for new ways to behave responsibly. Affected by the crisis, companies have started to refer more often to sustainability in their operations, production and usage of energy and raw materials. 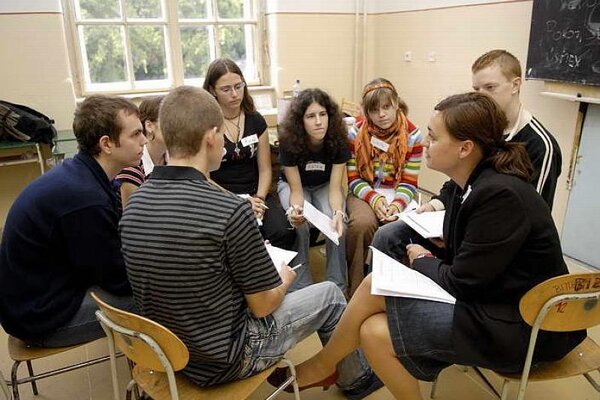 WHILE the economic downturn has not changed companies’ commitment to meet globally recognised corporate responsibility standards, it has challenged them in terms of how to use reduced funds more effectively and search for new ways to behave responsibly. Affected by the crisis, companies have started to refer more often to sustainability in their operations, production and usage of energy and raw materials.

“I think that the crisis has not changed the direction of corporate social responsibility,” Beata Hlavčáková, executive director of the Business Leaders Forum (BLF) and programme director at the Pontis Foundation, told The Slovak Spectator. “But it has had an impact in terms of making support programmes more effective, and has motivated companies to greater strategic direction of their activities.”

But experts in corporate social responsibility (CSR) admit that the current economic situation does have an impact on CSR and corporate philanthropy.

“The global economic downturn has affected corporate engagement as well as corporate philanthropy,” Tatiana Maková of the Slovak Donors’ Forum (FD), told The Slovak Spectator. “Many companies have curbed, or even completely cancelled, funds allocated to support public projects. But simultaneously, in companies which follow principles of corporate social responsibility and philanthropy as part of their corporate long-term strategy, the economic crisis has intensified the correctness of such thinking and acting.”

Companies reported in a survey conducted by the FD in July and August 2009 that the crisis had influenced their thinking about corporate social responsibility but only in terms of available funds. They said they would do their utmost to maintain public-benefit projects.

“Over the last year companies reassessed their cooperation with non-governmental organisations, and increased the pressure to make much more effective use of funds, coordinate cooperation and come up with innovative and creative solutions, which would secure the successful realisation of existing projects even with reduced budgets,” said Maková.

According to Hlavčáková, the crisis has brought cost-cutting and in the end this has resulted in implementation of energy and material saving measures with ultimately positive environmental impacts. The reduced consumption of customers has the same effect.

Human resources measures, i.e. lay-offs and reduction of costs for development and education, may be perceived in a more negative way.

“Many companies have behaved responsibly and adopted measures to mitigate the negative effects,” said Hlavčáková, adding that some companies, instead of firing employees, have reduced working hours, cut wages for management or implemented programmes to retrain their employees. “The perception of the corporate social responsibility of such companies has certainly influenced the loyalty, motivation and performance of their employees.”

“The most important trend is the stress on sustainability,” said Hlavčáková. “Companies in all sectors realise that they have at their disposal limited resources in terms of energy, fuels, and raw materials and that their operation may have a negative impact on the environment. It is obvious that with the growth of developing economies, the growth in their population, and fulfilment of their needs the Earth will be not able to cover the consumption of the whole population.”

Another trend, or rather a fact, is that a majority of multinational companies regard
corporate social responsibility as inevitable.

Afterwards, a change in thinking is expected from managers – a new mindset – because they have to start making decisions according to principles of corporate social responsibility.


“They must be able to distinguish the risks of decision-making for short-term economic benefit versus strategic long-term advantage,” said Hlavčáková.

Another response to the current economic crisis is the trend towards integrated reporting by companies. This is reporting which does not assess just the financial and economic performance of a company, but includes reporting of activities and impacts in environmental and social fields.

“During the economic crisis the financial and capital markets were more cautious and realised that they need to know these impacts because they indicate potential risks as well as opportunities for a company, and significantly influence its value,” said Hlavčáková pointing to BP and the impact of the environmental fallout from its recent accident in the Gulf of Mexico on its financial indicators and the decreasing value of the company. “Investment funds and indexes focusing on companies that meet globally recognised corporate responsibility standards, for example the FTSE4Good Index Series or the Dow Jones Sustainability Index, make sense and there are surveys showing that such funds have greater profitability in the long term than classical investment funds.”

Maková listed professionalisation as a long-term trend in CSR and corporate philanthropy. Corporate volunteering has become an important tool in public engagement, too. Hlavčáková even described this as a field which is unique to Slovakia because it has continued to grow here even during the crisis.

“As many as 63 percent of companies said in a survey by FD that as a consequence of lack of funds they will use the tool of corporate volunteering and will engage their employees in projects beneficial to the public,” said Maková.

Some companies have also started cause-related marketing projects, i.e. the interconnection of commercial and philanthropic activities in which, by purchase of a product or a service from a particular company, the customer contributes a certain sum to a cause or project.

Companies also realise that it is not enough when they alone behave responsibly, and see a need to convey CSR principles to their networks of sub-contractors. This network effect significantly affects the quality of products and services and, through its environmental and social effects, improves the performance of the original company and the environment.

In terms of untapped fields or opportunities, Hlavčáková pointed to two areas. One of them is CSR when used as an opportunity for companies who do not sufficiently use the potential for dialogue with stakeholders, known as stakeholder engagement, in their processes, to propose new or improved products and services.

“The second field is the sore point of Slovakia,” said Hlavčáková. “This is transparency in doing business or, simply, not consenting to corrupt practices,” she said.