Taking a lead from the parent company

CORPORATE social responsibility (CSR) has deeper roots abroad and began to be widely implemented in Slovakia only after the fall of the communist regime, with the arrival of the corporate culture of foreign investors. It is usually the parent company which defines the CSR strategy of its affiliates, but as countries and markets differ, it sometimes has to be adjusted to local conditions. Moreover, as CSR has become an inseparable part of many companies in Slovakia, they themselves have already come up with ideas that have inspired their parent companies. 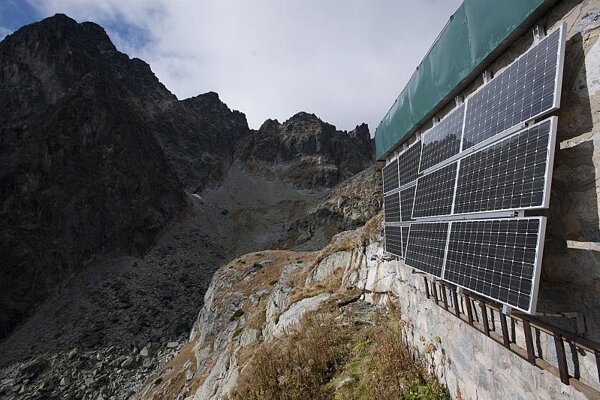 CORPORATE social responsibility (CSR) has deeper roots abroad and began to be widely implemented in Slovakia only after the fall of the communist regime, with the arrival of the corporate culture of foreign investors. It is usually the parent company which defines the CSR strategy of its affiliates, but as countries and markets differ, it sometimes has to be adjusted to local conditions. Moreover, as CSR has become an inseparable part of many companies in Slovakia, they themselves have already come up with ideas that have inspired their parent companies.

“The key fields of [our] CSR strategy are defined by our parent company in Germany,” Rastislav Bielik, from the corporate communications department at the Slovak arm of Bayer, told The Slovak Spectator. “I think that, especially in the past, this assistance from the parent company was especially appreciated. Nowadays the exchange of information regarding CSR goes in both directions and some of our successful projects in Slovakia are already an example for headquarters and Bayer’s affiliates around the world.”

Bielik added that each market is specific and it is therefore necessary to adjust the strategy worked out by the parent company to local conditions.

“But there are fields in which we make neither adjustments nor exceptions,” he said. “These are key segments of corporate social responsibility for the company, for example transparency, fair dealing and integrity.”

The experience of the power producer Slovenské Elektrárne (SE), member of the Enel group, is similar.

“Many of our current activities started in the parent company,” Michele Bologna, manager for public affairs and communications at SE, told The Slovak Spectator. “It is natural that we implement in Slovakia Enel group activities which will be meaningful in other countries and thus bring benefits in local conditions. One example is the project to support biodiversity.”

Západoslovenská Energetika (ZSE), an energy provider and a member of the E.ON group, shares some common platforms with its parent company, but also runs activities which are unique within the E.ON group.

"Energy for children is a good example,” Ján Orlovský, the ZSE spokesperson told The Slovak Spectator. “These are programmes enabling children and young people to learn more about energy. Local energy providers can tailor the programmes in accordance with their own needs. For instance, ZSE is using the E.ON UK learning website in a Slovak version and is also trying to develop a ‘hands-on-science’ centre in the historic landmark building of a municipal power plant. This initiative is unique within E.ON Group.”

Východoslovenská Energetika (VSE), an energy provider and member of the RWE group, has been inspired by its parent company’s projects, as well as developing some of them itself.


“It is obvious that we have to adjust conditions to Slovak standards, but we keep the basic principles,” VSE spokesperson Andrea Danihelová told The Slovak Spectator. “For example, the RWE Companius project focuses on supporting the engagement of our employees to benefit the community in which they live. A second example is the scholarship programme VSE Fellows, for students of heavy-current specialisations at the Technical University of Košice.”

VSE also follows its parent company in other fields, for example business ethics, selection of suppliers, environmental protection and selected fields of community support, according to Danihelová.

The MOL group, of which the Slovak crude-oil refinery Slovnaft is a member, has defined its strategic initiatives in permanently sustainable development in line with its business strategy. To achieve its goals, an action plan worked out at the level of MOL group, contains almost 100 activities which is reviewed and updated every year, according to Hana Kukučková, from the corporate communications department at Slovnaft.

“This action plan, which is also relevant for the Slovnaft group, focuses on fields such as renewable energy, the company’s environmental performance, oversight of products, the occupational conditions of employees, support for local communities, etc.,” she told The Slovak Spectator. “All these activities have one common denominator – responsibility and orientation on long-term creation of values for partners and thus corporate social responsibility.”

Each division and unit of Slovnaft is expected, as part of the annual preparation and fulfilment of its business plan, to identify activities and projects whose realisation will contribute to fulfilment of the strategic initiatives in the field of permanently sustainable development.

SE also sees sustainability as a natural part of CSR.

“I thinks that this term has been used in Slovakia in connection with CSR only a little,” said Bologna. “We are trying to put sustainability into all activities – from electricity production, where we focus on increasing efficiency and constant reduction of emissions via constant investment in research and development, up to fulfilment of our mission to do business in a reliable, safe, competitive and sustainable way.”

SE says corporate social responsibility is an integral part of its everyday business.

“It is important to apply CSR principles internally, i.e. from the code of ethics up to care for employees, and afterwards transfer them outside,” said Bologna. “For our surroundings, the community or society in which we live and do business, we carry out a complex CSR programme of activities, from social to environmental, under the name Energy for the Country. Its direction is defined by the names of its five main segments: Energy for Sport, Energy for Culture, Energy for Education, Energy for Environment and Energy for Life.”

Stredoslovenská Energetika (SSE), an energy provider, says that among the most important aspects of CSR it ranks: respect for the principles of social responsibility as defined in the agreement on social responsibility of its strategic partner, Electricité de France; respect for its code of ethics; and adherence to the principles of the company’s policy regarding permanently sustainable development, according to Anna Žatková, head of internal and external communications at SSE.

When asked about the latest trends in CSR, companies often list volunteering.


“This year, for example, we are developing the field of corporate volunteering,” said Bielik, adding that while the CSR strategy in Bayer is defined over the long term, CSR instruments are constantly developing.

Volunteering is one of two major trends in ZSE, too.

“If we take ZSE as an integral part of E.ON Group, then there are two major trends – [first] a focus on our role as energy experts, providing access to affordable energy and energy solutions to those who need it, and enabling children and young people to learn about and understand energy management, from generation to distribution and utilisation,” said Orlovský. “The second trend is to get our own employees more involved in the life of their community via volunteering activities. ZSE as a local distributor can add its own local initiatives and of those, it is worth mentioning our support for cultural development in the country, for example the Viva Musica! and Konvergencie music festivals, and for the creation of tools for individual giving, for example at the website www.dobrakrajina.sk.”

Enel, the parent company of SE, has been successful in engaging employees not only via volunteering projects but also through its Green Office project. As Bologna explained, this was in fact a bottom-up idea for waste separation in offices.

“It is excellent that projects and ideas to improve the environment come from our employees,” he said.

SE’s Bologna regards the challenge of getting employees involved in SE’s long-term project Energy for the Country, which involves various events and forms of support across Slovakia, as the most topical.

“We perceive the opportunity to share best practices via the Business Leaders Forum, of which SE CEO Paolo Ruzzini was recently appointed president, as an acknowledgement, but also as a challenge,” said Bologna. “The Business Leaders Forum provides a good platform to implement best practices in energy efficiency in small and medium-sized companies too.”

The Business Leaders Forum (BLF) also serves as an inspiration for VSE, while volunteering activities have also been become more and more popular in the company, according to Danihelová.


“We also focus on environmental protection,” she said. “Last year we focused on selected aspects of the Green Office project. This year these comprise projects focusing on renewable energy resources. We also want to raise our profile as a company which cares about the permanently sustainable development of regions.”

Slovnaft has also been putting greater and greater stress on the active engagement of its employees in the form of public works and provision of know-how to NGO partners, especially in areas like project management, communications and networking, and support for fund-raising, according to Kukučková.

“We are pleased that corporate social responsibility has been quickly gaining a foothold here,” said Bielik of Bayer. “It is our long-term goal to be a leader in this field and carry out ambitious internal as well as external CSR projects. It is exceptionally important that, as much as possible, companies join this initiative in order that we can, through joint effort, develop and form the business environment and corporate culture in Slovakia.”