EIGHTEEN minutes to present an idea that might change the world to an audience of like-minded individuals. That was the essence of the TED conference, whose first national edition, TEDx Bratislava, took place the last weekend of May. 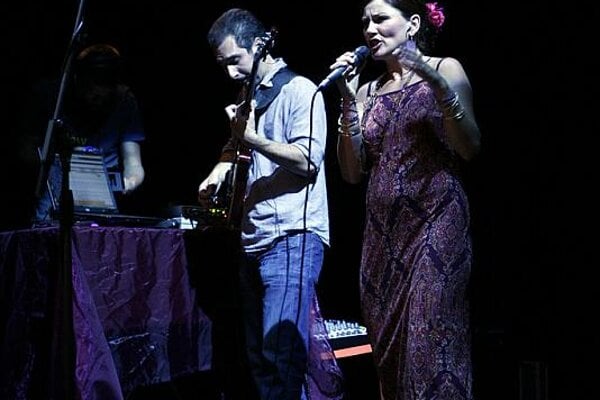 EIGHTEEN minutes to present an idea that might change the world to an audience of like-minded individuals. That was the essence of the TED conference, whose first national edition, TEDx Bratislava, took place the last weekend of May.

The TEDx website defines itself as a programme of local, self-organised events that bring people together to exchange ideas worth sharing. At a TEDx event, TEDTalks video and live speakers combine to spark intense discussion within small groups. TEDx is a local version of the TED conference, which serves up general guidelines as to what local conferences should look like.

TED is a non-profit organisation devoted to Ideas Worth Spreading, which started as a four-day conference in California 25 years ago and has grown rapidly, supporting world-changing ideas with multiple initiatives. The annual TED Conference in Long Beach, California, invites the world’s leading thinkers and doers to speak for 18 minutes. Their talks are available online for free.

The first Slovak TEDx featured a list of speakers which included the country’s youngest book writer, a farmer who invented a unique system for the production and distribution of organic vegetables, an expert on Chinese medicine, and a man who drove around the world in an old Škoda 1000 MB. Altogether, TEDx Bratislava featured 16 speakers and two musical performances. Most of the participants were Slovak but in keeping with their motto, ‘Mind Wide Open’, the organisers also invited speakers from other countries. The leading foreign speaker at this conference was Yossi Ghinsberg, an adventurer and humanitarian from Israel.

“We sought inspirational people who have demonstrated the exceptionality of their opinions, attitudes and actions and who know how to present their ideas in a creative and electrifying manner,” the website of TEDx Bratislava states.

Twelve-year-old Slovak schoolgirl Stela Brix didn’t like the fact that there are few pictures in books anymore, that they don’t end very well and that the characters grow up too fast. So she decided to write a book of her own. She ended up with three books published by the end of May 2010. At TEDx, she spoke to the participants about the advantages of writing one’s own book.

“What I don’t like about other people’s books, I do my own way in my own book,” Stela Brix said, as quoted by the Sme daily, adding that last year she learned at school that what she was writing was actually an adventure novel.

Another speaker who caught the media’s attention was traveller and journalist Martin Beťko, who discussed his singular 250-day-long trip around the world in a Škoda 1000 MB. During his presentation, Beťko showed a map with red dots on it, marking the spots where his car broke down and where he met a lot of wonderful people willing to help him out.

“Don’t be afraid of travelling,” was the theme of Beťko’s presentation, as quoted by Sme.


But, as Sme wrote, the speaker who stole the show was an organic vegetable farmer, Ján Slinský, from Michalovce.

Despite the fact that the price of tickets for TEDx Bratislava started at €40, attendance was overwhelming and seats in the Heineken Tower Stage, where the event took place, were sold out in a few days, giving organisers encouragement to consider sequels to the successful first-ever TEDx Bratislava.