SLOVAKIA and Italy enjoy an active trading relationship. A number of Italian businesses have planted investments across Slovakia, while many more projects are in the pipeline. One of them is a planned investment by a Naples businessman who has already bought land in Poltár, in an unemployment-blighted area of Banská Bystrica Region, to build factories and create jobs. 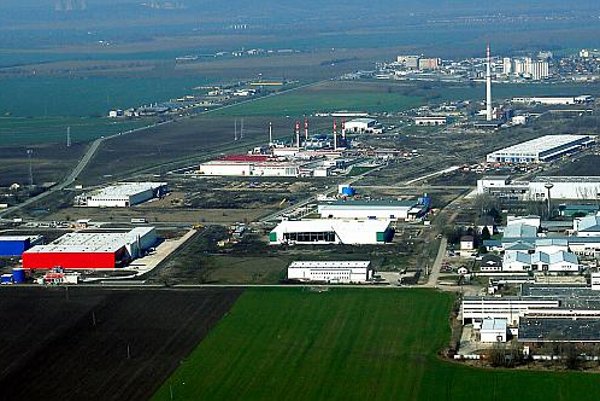 SLOVAKIA and Italy enjoy an active trading relationship. A number of Italian businesses have planted investments across Slovakia, while many more projects are in the pipeline. One of them is a planned investment by a Naples businessman who has already bought land in Poltár, in an unemployment-blighted area of Banská Bystrica Region, to build factories and create jobs.

“Slovak-Italian economic cooperation is at a high level and with some exceptions it is trouble-free,” Stanislav Polonský from the Slovak Economy Ministry told The Slovak Spectator. “Italy is one of our most important trading partners, with whom Slovakia has been keeping a highly active trade balance.”

Slovak exports to Italy grew relatively quickly between 2006 and 2008. But this trend halted in 2009, when both countries were affected by the global economic crisis. In that year Italy ranked sixth in Slovakia’s export ranking, receiving Slovak exports worth €2.41 billion, representing a year-on-year drop of 14.9 percent. In terms of imports to Slovakia, Italian goods and services held eighth place, with imports shrinking by 10.8 percent year-on-year to €1.57 billion. Bilateral trade turnover amounted to €3.98 billion and Slovakia reported a positive balance of €0.84 billion, according to Polonský.

“In 2009 the flow of Italian investments slowed and reached €15.36 million between January and September, putting Italy in eighth place,” said Polonský. “Even though this is statistically a lower share, this does not mean a decline in the real interest of Italian businessmen in Slovakia. Italian investors have a consistently high interest in our country. Apart from a favourable economic environment, some similar features in the mentality of both nations also contribute to this.”

Italian investors are interested in the whole of Slovakia, though transport infrastructure and labour force availability are important when investors come to make their final decisions, according to Polonský. Listing some important investment projects by Italian investors he referred to Magneti Marelli Electronic Systems, part of Fiat, which opened a new plant in the industrial park in Kechnec, near Košice, in November 2009. A group of 16 Italian companies led by Calearo Slovakia, producing antennae and telecommunications devices, operates in the industrial park in Šamorín, near Bratislava. Industrie Polieco produces plastic pipes in the industrial park in Gbely, in western Slovakia, and plans to expand production in 2010 and 2011. And Friulmac, a producer of machinery for the wood-processing industry, has an affiliate in Žilina, Polonský added.

Cosmetic producer De Miclén, in which Italian company SaFoSa Group invested in 2005, according to the De Miclén website, successfully operates in the Levice-Juh industrial park. In November 2009 Gena Logistik launched construction of a logistics centre in the same industrial park. It plans to complete the work in the autumn of 2010. In the same industrial zone, Genobal (a producer of packaging materials for the cosmetics industry) and Edas (providing specialised consultancy services to Italian companies) are also preparing developments.

The municipal office of Levice rates these Italian investments highly.

“We assess the Italian investors positively because they have revived the cosmetic industry, which has a long tradition here in Levice,” Ján Stroška from the local municipal office told The Slovak Spectator. “The biggest investors in Levice are Scandolara TUB-EST and SaFoSa. They acquired the De Miclén company and have built a new production plant to make toothpaste and packaging.”

Polonský also listed those Italian investors already established in Slovakia which he said are making a significant contribution to the economic growth of Slovakia. These are Enel, which holds 66 percent of the dominant power producer Slovenské Elektrárne; Intesa Sanpaolo, majority owner of VÚB bank; Sloveca Sasol in Bratislava, which produces chemicals and cleaning agents; bearings manufacturer ZVL Auto in Prešov; Kosit in Košice; footwear producer Rialto in Partizánske; Embraco Slovakia in Spišská Nová Ves; insurance company Generali; an agricultural combine in Sabinov; Cenon in Žilina; and many others.

“We consider the on-going completion process of the third and fourth units of Slovenské Elektrárne's nuclear power station in Mochovce to be the most important project of Slovak-Italian cooperation,” Polonský said, adding that this project represents the biggest investment of private capital in Slovakia’s history, at €2.7 billion. The new blocks will be put into operation in 2012 and 2013, respectively.”

“Slovenské Elektrárne has the potential to operate as the centre of excellence for the [Enel] group in the nuclear sector,” Burdová told The Slovak Spectator. “The intensive communication within the group enables deepening of experience as well as managerial skills, development of talents, and a significant development in R&D.”

It seems that Poltár has finally got its first serious investor too. The Hospodárske Noviny daily reported in March that Italian Aurelio Maria Perotto, from Naples, who owns and manages an extensive portfolio of companies, is heading to Poltár, which currently suffers from a 24-percent unemployment rate. It is reported that he plans to launch several business units there and employ at least one hundred people during the first phase of development.

Ondrej Lepiš, the spokesperson of the municipal office in Poltár, confirmed to The Slovak Spectator that the investor already owns a plot of land which he acquired for €0.50 per square metre. For now there is no official information about the investor’s exact plans but the daily reported that Perotto intends to start with wood- and food-processing in Poltár.

If built, the Italian plant in Poltár would be the only second factory to bring new jobs to the town in 40 years, the last such being the town’s famous glassworks.