Helping companies to stay together

T IS very important to remain open to outside influences in these difficult economic times. This is what Nicolas Martel, the new director of the French-Slovak Chamber of Commerce (FSOK) thinks can help companies live through the current difficult times. He believes that business leaders sometimes need to step back and look at the broaden picture. 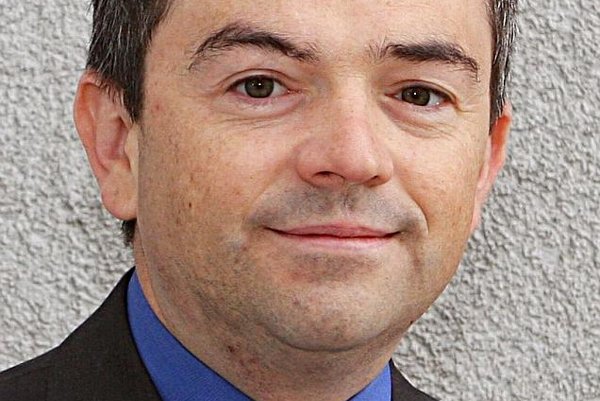 T IS very important to remain open to outside influences in these difficult economic times. This is what Nicolas Martel, the new director of the French-Slovak Chamber of Commerce (FSOK) thinks can help companies live through the current difficult times. He believes that business leaders sometimes need to step back and look at the broaden picture.

The Slovak Spectator spoke with Nicolas Martel about his goals in his new position, how the chamber is helping its members emerge successfully from the economic crisis or to expand their businesses, and how he sees French-Slovak business cooperation.

The Slovak Spectator (TSS): Earlier this year you were appointed the new director of the French-Slovak Chamber of Commerce (FSOK). What are your goals?

I have found a very strong community in the French-Slovak Chamber of Commerce, one of the strongest business communities here in Slovakia whose members are among Slovakia’s largest employers and largest players. This is a long-term result obtained through the work of my predecessor and very active board members who have created around our chamber not only an economic community but also a community based on relationships. The French-Slovak Chamber of Commerce is one of the oldest in Slovakia as well. It celebrated its 15th anniversary last year.

My ambition within the chamber is to consolidate all these foundations, especially during these difficult economic times. Perhaps one area in which we could yet improve our performance is related to new business tools for our members. There are some things we could add to our portfolio of activities.

TSS: Could you specify these business tools?

We represent a lot of very strong companies. I think that we communicate today in a very general way and what I would like is to develop some specialised fields. French companies that are members of our chamber operate in many diversified sectors and this is also the case for our Slovak members.

It is also true that we must also target our actions according to those potentially interested: HR and financial departments. The idea is to develop some subgroups with regular meetings and publications so that they will be able to work even better together.

TSS: You took over the post of FSOK director during difficult times. How can the chamber help its members to overcome the economic crisis?

I think that more things are getting a little bit better. Last year was really a difficult year because we did not know how things would develop. Today we know that we have hit rock bottom and we are reconstructing.

There is a lot of know-how in our community that we can share. In March last year, the FSOK organised a seminar on management in turbulent times, to fight against the recession and to steer companies through the recession. Afterwards we published expert articles in our newsletter and I think that this was appreciated. I believe that if the chamber creates the right atmosphere for a professionally-oriented discussion, we can gain from other people’s ideas and open our minds.

It is very important to remain open to the outside in these difficult economic times. You sometimes have to step back a little bit and take a look at the outside world. You don’t have all the solutions on the inside of a company. And when you meet other people you also gain from other people’s ideas and you see how everyone else is doing. Events we organise are a great opportunity to network and meet people and maybe come across a new supplier or a new customer or do business that was just waiting for a personal contact to make it happen. In my previous position, it was my attendance at a relatively small event of the FSOK that generated a huge contract for my company. This happened back in 2008, but it shows that it really pays off to stay in the community, try to remain open and accept changes.

TSS: Have possibilities for economic cooperation between Slovakia and France been fully explored? Which are the areas where this cooperation has produced the best examples?

Exploration is never over! You never know everything; you learn something every day and you discover something new every day. French companies always seek to import and to invest and Slovakia generates interest. We deal with a relatively large number of questions coming from French companies. They are looking to sell and are searching for business partners. I’ve personally attended a specific meeting organised by a Regional Chamber in France focused on central Europe and it was very interesting. Thus, I think that on the French side there is still a lot of exploring to do.

But I would like – and this is also high on my priority list – to find a solution for Slovak companies to find customers in France. Shortly after my appointment, I met managers from a Slovak company that wanted to sell in France. Unfortunately, I had no adapted solution for them and I was very disappointed. I hope to change that in the future and find solutions adapted for the needs of Slovak companies seeking to do business in France. Or to make an investment in France and create jobs there. Why not!

With regards to cooperation between France and Slovakia, there are some examples of beautiful investments in Slovakia by French companies. For example, PSA Peugeot Citroën or Orange Slovensko, both of which are very big success stories. Larger companies have long had an interest in Slovakia. However, Slovakia is not the same country it was 10 years ago. I mean there has been already a huge wave of investments and very spectacular projects; perhaps more in the western than in the eastern part of Slovakia.

Currently Slovakia is very different. When I arrived in the country in 2001 the unemployment was very high and it was not even so low in the west. There was less difference at that time between the east and the west. Today in the west of Slovakia you are travelling on the highway and you see new warehouses and new plants. Back in 2001 you did not have these. So I think that if there is a potential which should be explored by investors, I think it is the really in the east of Slovakia. And I think Slovakia needs to work very quickly on major transit routes in order to improve transportation links.

TSS: Ten years ago different kind of investors were arriving in Slovakia, and were probably looking for cheap labour. Is Slovakia still an interesting destination for French investors?

When I say that Slovakia is a very different country from 10 years ago we know that ‘cheap labour’ is no longer that cheap. Of course, low labour costs are factors considered for an investment decision, especially in manufacturing. But rather than cheap labour I would say competitive labour. Because a very cheap workforce that lacks skills and productivity is only competitive on paper. And I think that it is not only the cheap labour that brought companies here but also the technical skill of Slovak workers. Slovak workers have a good reputation and the level of the technical skills they had was also good. The quality of the infrastructure is also decisive in some cases. If western Slovakia has likely benefited much more in investments it is because even though the labour costs may be higher than in the east, the weakness of the infrastructure takes away that competitive advantage. Competitiveness is really the key word, and it is not only about labour costs, but a complex cocktail.

TSS: Which sectors are the most interesting for French investors in Slovakia?

Everybody knows about the French investments in the automotive sector. But what’s not as well known is that it is also very active in the food sector and with dairy products. And these represent a lot of jobs, too. For example, Syráreň Bel in Michalovce, Bongrain in Liptovský Mikuláš and Senoble in Zvolen; these companies are very actively focused on dairy products and this is a sector in which French investors partly feed the Slovak appetite for cheese, butter and yogurts, and export to the neighbouring countries.

In the automotive industry is, of course, PSA Peugeot Citroën, which is the flagship of many other automotive companies that have come to Slovakia which are a little bit less visible. Of course there is the energy sector with the GDF investment in SPP, the EDF investment in the electricity business and Dalkia producing heat for hundreds of thousands of Slovaks as well as numerous industrial plants. So energy and heat are also very important sectors. Not to forget telecommunications with Orange Slovensko, or logistics with Gefco. When you have an international investment you also need logistics.

France is a diversified industrial nation and all these sectors have come to invest in Slovakia.

With our German and Austrian partners, we identified through our survey the positive and not-so-positive feedback from international investors. But it is quite normal that people point out a few things they would like to have improved. If you ask everybody who puts his money in a country, they find things which do not go perfectly. It’s absolutely normal. It is very important to solve them pragmatically and not ideologically.

But the number that I really focus on is that even after some complaints, 92 percent of the investors say they would invest in Slovakia again and that’s an excellent result.

TSS: What are the most traded commodities between France and Slovakia? Can you provide the latest data about bilateral trade and investments?

With regards to commodities, I would say that these are the cars manufactured in Slovakia that go to the French market, among many others.

In 2009, French investments represented around €50 million and that is a result that puts France among the top five EU investors in Slovakia. But it’s important to remember that many French investments also come through banking partners from other countries and that number is probably underestimated. Thus, we can say that France is one of the top investors in Slovakia and that Slovakia is a very Francophile country. And that French people are very ‘Slovacophile’ as well. So we invested strongly even in 2009.

France is an excellent trading partner and Slovakia enjoys a very positive trade balance with France, of €1.3 billion. France is the 4th largest partner in the EU for Slovakia’s imports, and Slovakia’s third largest export market in the EU.

There is much trade between France and Slovakia and that is very important for us as we are a mixed Slovak and French organisation and what matters most is that companies from both of our countries do business together and also learn a little about one another: our languages and our cultures.

TSS: How many members does the chamber have?

Because it is a living organisation, the number always grows. We now have around 200 members.