A DECADE or so ago, my son and I attended Bob Dylan concerts on three consecutive nights at three different Chicago venues, and while we heard some of the same titles three times in three nights, we never heard precisely the same song twice. 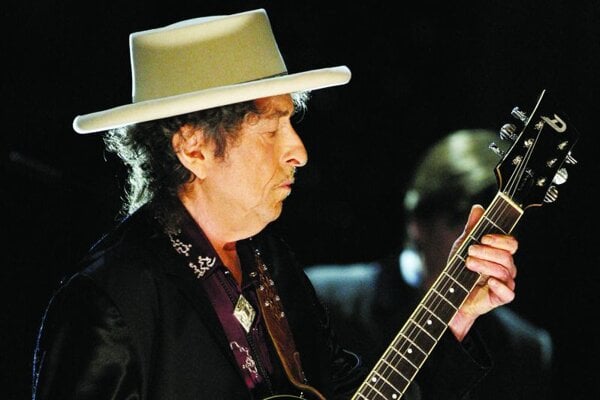 A DECADE or so ago, my son and I attended Bob Dylan concerts on three consecutive nights at three different Chicago venues, and while we heard some of the same titles three times in three nights, we never heard precisely the same song twice.

That’s what Dylan does. He inverts the old saying so that it reads: The more things stay the same, the more they change. He may be a rocker or a folksinger or a bluesman, the descendant of Ukrainian Jews who has repeatedly flirted with born-again Christianity, or, as Joni Mitchell charged earlier this year, a plagiarist who steals from fellow musicians.

If he is, he is stealing from the right people. But most often, Dylan steals (or, rather, borrows) from himself. His live music is never exactly the same twice. Or at least it hasn’t been in the more than 35 times I’ve seen him perform.

Above all else, Dylan is a musical changeling. Musical arrangements, syncopations, keys, and yes, even his oft-derided vocals are always works-in-progress – always slightly and often substantially altered to the extent that what you have on your CD may be absolutely nothing like what you hear live.

At its worst, this tendency creates rank experimentation that collapses under its own weight and leaves you scratching your head, wondering where the iconic lyrics and music you loved have vanished. I saw concerts 20 years or so ago that I left feeling like the object of some expensive joke because the songs were so unlike themselves that often there was only a single familiar phrase buried somewhere to tip you off to what song you were supposed to be hearing.

But now this almost never happens. Dylan, in his golden years has perhaps perfected the recipe for revising his almost infinite repertoire of classics in ways that still make eminent musical sense.

June 9 at the 2,500-seat Incheba Arena in Bratislava was another example of this alchemy. I don’t rank concerts, even in my head, but this one was definitely in my Top 10, as it probably should have been given the excessively high price of the tickets.

Everyone needs to feed themselves, but €70 for a nosebleed-section seat is too much to pay to see anyone who hasn’t been recently resurrected from the dead, particularly when the best seats at most of the other concerts on this gruelling 25-city tour of central and western Europe cost less. But I paid, and enough grumbling.

From the opening “Brand New Leopard-Skin Pillbox Hat” to the finale, “All Along the Watchtower,” Dylan and his band of impeccable musicians coaxed and teased new and fascinating versions from old standards. When he revised, it was with craft and purpose, and when he didn’t, he blew you away.

Often standing at stage left, almost never speaking, casting a tall shadow in his white straw hat, Dylan first ran through new renditions of classics like “It Ain’t Me Babe,” “Just Like A Woman,” and “I’ll Be Your Baby Tonight,” all with new syncopations – the first a rocker with more than a hint of finality in his gruff voice, the second now a dreamy waltz, and the third reasonably close to the original but edgier and more a plea than an imperative.

When Dylan got to “Stuck Inside of Mobile,” he took out his harmonica and played it often from there on – he is a master of the mouth harp, and played it more in Bratislava than I’ve sometimes seen him play it at five other concerts. Audiences in the US would have gone crazy; here, I’m not sure people knew what a treat they got. Same with “Absolutely Sweet Marie,” written in 1966 but not performed until 1988. You seldom hear it.