Balloons fill the skies over a wet Košice

THE BALLOON Fiesta took to the skies in Košice between June 9 and 13 even though many low-lying areas were still soaked from the heavy rains and flooding from a week earlier. 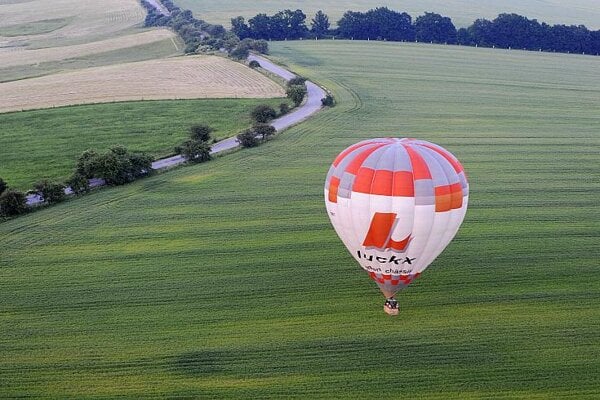 Balloonists in Košice prepare to take to the skies. (Source: SITA)
Font size:A-|A+

THE BALLOON Fiesta took to the skies in Košice between June 9 and 13 even though many low-lying areas were still soaked from the heavy rains and flooding from a week earlier.

“We are glad that 12 crews participated – from Slovakia, the Czech Republic, Hungary, Slovenia, and the Netherlands. Unfortunately, crews from Romania and Poland could not come due to the floods,” Ingrid Blichová, head of the Balloon Fiesta, told the TASR newswire. She said the programme included six balloon launches in the morning and in the early evening as well as what has become a traditional accompanying event – inflating the huge balloons after dark near the Optima shopping centre.

The fiesta is sponsored by the Carpathian Foundation/ Karpatská nadácia which called the event “the colourful town of not-for-profit organisations”. Laura Dittel, head of the foundation said that, “It is in fact a marketplace of NGOs which are presenting every sphere they pursue in an interactive way,” noting that 20 stands offered programmes particularly focused on children.

“For example, the Stonočka mother’s centre and the Haliganda civic organisation offered a reading programme in a sandpit and face-painting. Young environmentalists taught children how to recycle waste, presented a project about birds and bats, and we had many more kinds of activities,” Dittel said. This year the colourful town became even more vibrant as partner organisations from Poland, Hungary, Ukraine and Romania added an international dimension.

Even though the recent flooding around Košice changed the site of the balloon launchings and caused some concern about landings in wet soil, Blichová said that the event was again a huge success.