Mečiar’s departure was only a matter of time

ONE day after the official election results were published, The Slovak Spectator interviewed Tim Haughton, a political analyst from the University of Birmingham in England, in one of Bratislava’s cafés. Haughton came to Slovakia a week before the June 12 election after visiting the Czech Republic where he witnessed the election victory of the rightist parties there and he saw a similar election result unfold in Slovakia just a couple of weeks later. 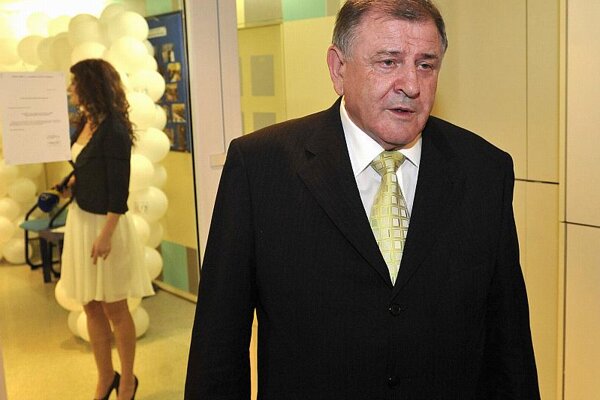 ONE day after the official election results were published, The Slovak Spectator interviewed Tim Haughton, a political analyst from the University of Birmingham in England, in one of Bratislava’s cafés. Haughton came to Slovakia a week before the June 12 election after visiting the Czech Republic where he witnessed the election victory of the rightist parties there and he saw a similar election result unfold in Slovakia just a couple of weeks later.

The Slovak Spectator (TSS): Do you see many similarities between the Czech and the Slovak elections or are they two different stories?

There are differences but there are also some similarities. In the Czech case you had the Fischer technocratic caretaker government, whereas in Slovakia it was about the governing parties and the opposition parties. That’s an obvious difference. Having said that, we can clearly see in the election campaigns that there were significant individuals, [Jiří] Paroubek in the Czech case and [Smer leader Robert] Fico in the Slovak case, that were in the centre of the campaigns. ‘Do we want Paroubek? Do we want Fico? Yes or no?’ That was a very important factor in a lot of votes.

TSS: Did the results for Vladimír Mečiar’s Movement for a Democratic Slovakia (HZDS) surprise you?

No, it’s not a surprise at all. From the 1992 election onwards, the party has followed a slow, gradual decline in its popularity. So, in some respects the question was always ‘when’ rather than ‘if’ it was going to fall below the threshold and out of the parliament. That was no surprise.

Because what is the rationale for this party? Why would you as a Slovak vote for this party? If you say that it’s because of the national theme (Mečiar as ‘otec národa’ – the father of the nation) and so on, there are other parties that have pushed these national themes even more strongly, such as [the Slovak National Party] SNS or even Fico. You could say that for the success of HZDS in the 1990s there was a Christian pillar to their support, never that strong but it was there, it was important. But yet if that was important to you, you would find that a party like [the Christian Democratic Movement] KDH would be a happier home for you.

If we look at another point about HZDS’ support over the years, in the 1990s it was about managed transition, about more gradual transformation. But you can argue in more recent times that Fico and Smer have catered to that kind of audience very well. So what you are left with is the kind of voters who just hang on, because this is how they have always voted in free elections. And those voters are attached to Mečiar as an individual. And Mečiar in the 1990s was clearly the most charismatic politician in Slovakia; but this is a man who has lost a lot of his charisma from many years ago.

And if you like, it’s a party that is going beyond its shelf-life. It already has gone beyond its ‘best before’ date and now it’s kind of beyond its ‘last consumable’ date.

TSS: Is the number for Smer so high thanks to former supporters of SNS and HZDS who switched to Smer? Did the number surprise you in any way?

A little bit. It’s actually quite a good result if we think about the global economic difficulties. It’s a good result but obviously not good enough because of the failure of the coalition partners. I think the party has taken support from HZDS and SNS. For instance, some of the former HZDS voters clearly see Fico as a kind of Mečiar of this era. And what was also very striking in the last few weeks was that the nationalist messages seemed to be much stronger coming out of Smer. That nationalist card was played quite strongly and that could have taken some voters from HZDS and SNS, too.

TSS: Would you say after this election that nationalism is still so important to Slovak voters?

It’s still important. If we buy the argument that Smer has taken support from SNS and HZDS in part because it managed to use the nationalist card, then we’ll see that the party that has used the nationalist card has gained 35 percent of the vote. So we should be cautious on the one hand to suggest that this is good news for Slovakia.

On the other hand, what could be a significant point is what is happening on the Hungarian side: the fact that SMK didn’t get into parliament and the fact that Most-Híd was successful. I think Most-Híd is a very significant, interesting party, because it’s explicitly built on bridging divides between Slovaks and Hungarians. And I think how Most-Híd performs over the next couple of years, whether it manages to stick together, whether it shows its cohesion – that could be very significant.

The nationalist factor in Slovak politics is always going to be important. Because of the government in Budapest and history some tensions in Slovak-Hungarian relations are going to remain. On the one hand you could argue that with SMK out of the government and the fact that the ethnic Hungarian voice will be represented by a Slovak-Hungarian party we have grounds for optimism. But let’s not get carried away.

TSS: Smer promises to be a tough opposition for the centre-right government. What effect could the time in opposition have on the party?

The government is going to have to make some difficult, unpopular decisions. Fico is a politician who is very good at exploiting those sorts of things. He will also try and divide those difficulties amongst the coalition partners and he could play that game quite effectively.

So on the one hand, Fico is not necessarily in such an awful position. He could be in a position in which he could help engender the premature end of the coalition; slightly unlikely, but still possible.

On the other hand, I don’t know how much Fico will enjoy being an opposition politician. Former prime ministers don’t enjoy being anything else than being prime ministers. And the other question is about the backers of Smer and the people within Smer. There are some people within Smer on the left of politics that we can describe broadly as social-democratic. But there are also people within Smer who are there because they thought this was the most important vehicle for them to see their interests pursued. Now the longer that Fico is out of power and the more it looks like that he isn’t going to return to power quickly, then maybe some of these interests will move.

There are certainly lots of people and lots of business interests and the like in Slovakia who jump on a bandwagon when they think it’s going somewhere. And if that bandwagon then appears not to be going somewhere, they will jump off and look for the next one to get on. If they don’t see that Smer is going to be an effective vehicle for them then they will choose another vehicle.

TSS: What are the chances of the four centre-right parties to form a stable coalition and stick together for the next four years?

On the other hand, let’s look at the parties. It’s going to be essentially a centre-right government, so there is some ideological cohesion there. Nonetheless there are some divisions over some social issues between SaS and KDH for example. And two of the parties entering the coalition are new parties.

So there are some difficult times ahead, all the members of the coalition will have to work hard to keep their party members happy and keep the coalition together. They could do it, but it will be hard.