SHAKY state coffers react quickly to any dip in revenues. Recent news that taxes collected in Slovakia have fallen further behind this year’s budget plan was not welcomed as good news in the country's efforts to keep its public finance deficit under control. The Finance Ministry has delayed releasing its forecast for tax revenues for the year but even without the ministry’s current prognosis, there are mounting doubts about the government’s ability to meet its 5.5 percent deficit target for 2010. 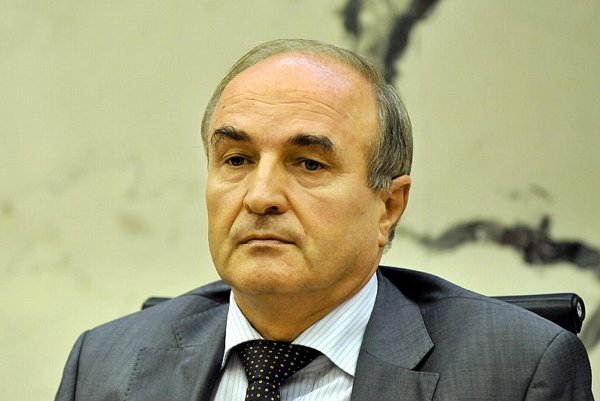 SHAKY state coffers react quickly to any dip in revenues. Recent news that taxes collected in Slovakia have fallen further behind this year’s budget plan was not welcomed as good news in the country's efforts to keep its public finance deficit under control. The Finance Ministry has delayed releasing its forecast for tax revenues for the year but even without the ministry’s current prognosis, there are mounting doubts about the government’s ability to meet its 5.5 percent deficit target for 2010.

Slovakia’s tax directorate reported on June 11 that by the end of May the state had collected €2.962 billion in taxes, amounting to only 82.5 percent of the revenue planned for the first five months of 2010. For the entire year, tax and customs offices were projected to collect €8.87 billion, the SITA newswire wrote.

“The problem lies with the amount collected in income taxes from corporate entities as well as in drawing EU funds,” Radovan Ďurana of the INESS economic think tank said. “It is not clear whether the shortage in collection of taxes from corporate entities has emerged due to shifting of income tax payments by many profitable firms to June or if it is a real decrease.”

It is possible that the situation will improve at the beginning of June, Ďurana said, adding also that drawing of previously authorised EU funds could theoretically speed up by the end of the year. State expenditures through the end of May had consumed 44 percent of the budget’s projections, equivalent to about 5.5 months of the year, Ďurana noted.

“If the government fails to boost tax revenue and spending continues to flow in line with the budget, there is a danger that the planned deficit of €3.7 billion will be exceeded,” Ďurana said. He said that an increase in the amount of income tax collected from corporations is the biggest question right now as he expects other kinds of tax revenue to meet their budget marks.

“The development of other taxes should be stable since we do not expect further growth in unemployment and income taxes from private individuals should not drop,” said Ďurana.

The most dramatic drops in revenues were seen in sanctions imposed by tax inspectors, down by more than 52 percent to €364,754. Lower amounts came into the state coffers from income taxes of legal entities, reaching only half of what was expected, namely €380,324,940 as of the end of May, the TASR newswire wrote.

As for other factors that might influence tax collection, Vladimír Vaňo, chief analyst with Volksbank, noted that Slovakia is witnessing only a mild economic recovery, which neither guarantees hefty increases in corporate profits because of fierce competition, nor a rapid increase in new jobs because of increased productivity.

“Hence, this is an unprecedented situation with regards to recovery of tax revenues, both direct as well as indirect taxes,” Vaňo told The Slovak Spectator. “There is little, if any, statistical support in the two decades of Slovak economic development to show a reliable link between a mild and still fragile, job-less recovery and increased tax revenues in that year.”

Nevertheless, Vaňo said that the two most important revenue items, VAT and excise taxes, brought in almost 40 percent of the full-year budget projection over the first five months of the year.

Slovakia’s Finance Ministry has not yet released its forecast for revenue from taxes over the remainder of the year. The forecast was expected in spring, soon after the March 31 deadline for making annual income tax payments, but the ministry delayed issuing its report, saying it would be released sometime after the parliamentary election.

Even without having complete information, market watchers say the government is unlikely to meet its 2010 deficit target of 5.5 percent of GDP unless some additional measures are taken.

“For the first five months of 2010, the state budget deficit reached 55.5 percent of the full-year target,” said Vaňo. “This points to a mounting risk that fulfillment of the target of narrowing the deficit to 5.5 percent of GDP this year might require additional consolidation measures, either on the side of revenues or expenditures.”

Jozef Makúch, the governor of the National Bank of Slovakia (NBS), also suggested that achieving a state budget deficit of 5.5 percent may no longer be realistic. “The pace [of consolidation] that has been approved is more dynamic than the European Commission requested, but there are certain risks that this pace is unrealistic; but we will welcome it if it is achieved,” Makúch said, as quoted by SITA.

According to preliminary figures, Slovakia’s public administration budget recorded a deficit of nearly 6.8 percent of GDP in 2009.