THE NEXT four years will not be an easy ride for the quartet of centre-right parties. The Slovak Democratic and Christian Union (SDKÚ), the Christian Democratic Movement (KDH), Freedom and Solidarity (SaS) and Most-Híd are punching their ticket on the parliamentary train with some audacious ambitions. 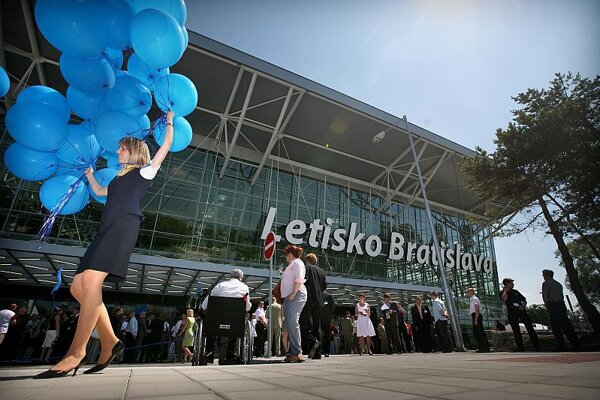 Privatisation of Bratislava Airport is back on the agenda. (Source: Sme)
Font size:A-|A+

THE NEXT four years will not be an easy ride for the quartet of centre-right parties. The Slovak Democratic and Christian Union (SDKÚ), the Christian Democratic Movement (KDH), Freedom and Solidarity (SaS) and Most-Híd are punching their ticket on the parliamentary train with some audacious ambitions.

A big cut in the public finance deficit and halting further growth in the public debt, a constitutional law requiring a balanced state budget, a commitment to freeze the overall tax and payroll tax burden, and simplifying the country’s payroll tax system are all on the dining-car menu that the incoming government is promising to serve up over the next four years.

While the name of the next finance minister had not been announced by June 24, it has been clear for some time that whoever heads the Finance Ministry will face the gargantuan task of diagnosing the actual condition of the state coffers and then finding ways to consolidate the public finances. But the ruling quartet says it is determined to preserve the 19-percent flat tax rate and says tax increases will not be on the menu.

Though the coalition promises a substantial reform of the payroll tax system, the contributions which are channelled to the social security provider and for health insurance, the likely changes will not replicate a pet project of SaS called the contribution bonus.

Richard Sulík’s party had wanted to have most of the 13 different transfers going for social security and health care replaced by just two: one 9-percent social security contribution and one 9-percent contribution for health care. The Sme daily reported that a so-called super-gross wage will be introduced in which the gross income of an employee will be adjusted based on the employers’ transfers and this super-gross wage would then serve as the basis for calculating the employee’s contributions.

Within the Ministry of Transport’s mandate, some privatisation plans that had been shelved under Robert Fico’s government will be resuscitated and the incoming coalition has said it will open the doors of Bratislava Airport wide to welcome a strategic foreign investor. A privatisation deal allowing the entry of the TwoOne consortium, made up of Vienna Airport, Austria’s Raiffeisen Zentralbank, and Slovak private equity group Penta Investments, into ownership and management of Bratislava Airport was nixed shortly after the 2006-2010 government took power.

The coalition says it will also invite a strategic investor into Slovakia’s rail cargo transport company, Cargo, in contrast to the plan of the Fico government to reconstitute a national railway giant by bringing the current railway network operator and the passenger and cargo transport companies back under one roof. Observers had interpreted Fico’s proposal as a way to resurrect Slovakia’s one-time railway goliath, Železnice Slovenskej Republiky (ŽSR), which had been sliced into three independent businesses by the previous government of Mikuláš Dzurinda.

The incoming government coalition also says it will nix the scheme to build a wide-gauge railway line from Košice to Bratislava and on to Vienna.

The mega project to complete a cross-country highway linking Bratislava and Košice through private-public partnership projects, PPPs, will come under close scrutiny by the new government. Earlier this year, the then-opposition parties questioned the government’s strategy to build highways by using PPPs, suggesting that the first package of projects was overpriced and that the state would have been much better off paying for highways directly through the state budget or by using European Union funds.

The coalition quartet also says it will bring more stability to the country’s pension system, especially the so-called second private pillar, which was forced to make numerous operational changes by the past government: it changed the fee structure for the private pension fund management companies and mandated a so-called guarantee fund for pension savers so that it was impossible for their personal accounts to dip below the principal sum they had invested. The second-pillar management companies objected to both changes, stating that they endangered their business operations and reduced the long-term value of future pensions for those individuals participating in these savings programmes.

The new government might also institute more flexibility in the labour market by modifying the Labour Code. The Fico government had taken revised the code to make employment relationships more favourable to employees and stricter towards employers. While in parliamentary opposition, the centre-right parties were critical of these changes. The coalition has also declared its intention to boost employment for those who have been unemployed for long periods, Sme wrote.