Culture and tolerance: hand in hand

THE NETHERLANDS is a country that has historically supported human rights, and a philosophy of supporting activities which advance human rights and challenge all forms of discrimination is an inseparable aspect of events supported by the Royal Netherlands Embassy in Slovakia. And because tolerance and culture go very well together, a lot of Dutch cultural events are used to address the topic of human rights. 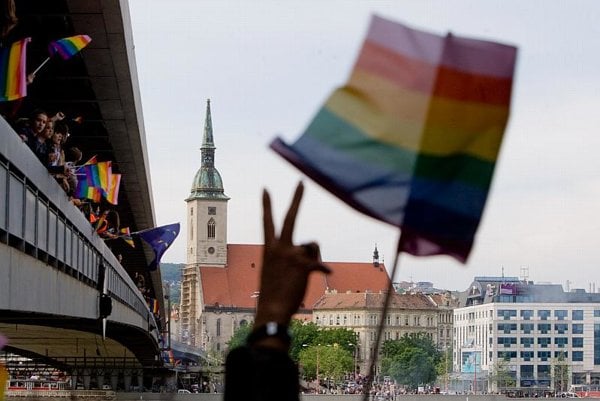 THE NETHERLANDS is a country that has historically supported human rights, and a philosophy of supporting activities which advance human rights and challenge all forms of discrimination is an inseparable aspect of events supported by the Royal Netherlands Embassy in Slovakia. And because tolerance and culture go very well together, a lot of Dutch cultural events are used to address the topic of human rights.

“Human rights have been crucial for the Netherlands for a long time, which shows in its pro-active foreign policy in this field,” Jana Kadlecová, press, political and cultural officer at the Royal Netherlands Embassy in Slovakia told The Slovak Spectator. “Priority has been given to civic and political rights.”

The most recent human rights project supported by the embassy was the LQBT Pride 2010 march held in Bratislava on May 22 to advance the rights of non-heterosexual people living in Slovakia.

“Like other embassies, our expression of solidarity and support played an important role,” said Kadlecová. “We were glad to see that for the first time a Slovak and international public gathered in Bratislava to celebrate and defend basic rights, freedoms, equality and dignity for all people. In addition to supporting the march, we initiated student debates where high school students were vividly discussing the Pride march.”

Since lesbian, gay, bisexual and transgender groups worldwide say they encounter discrimination and social exclusion, the Netherlands feels it is important that they have a chance to discuss these issues together with their fellow citizens, Kadlecová said. For this reason, she said embassies of the Kingdom of the Netherlands in any country are ready to support initiatives that are organised by the local LQBT community, including Gay Pride marches or the Inakosť Film festival, which presents films about these issues.

More events focusing on human rights will be sponsored by the Dutch embassy this year.

The next one will be a discussion about media freedom with well-known journalists and a representative of Transparency International speaking at the Pohoda open-air music festival on July 9 at 11:00, said Kadlecová.

The embassy also supports the TV series Law for the People, prepared by the Via Iuris NGO which informs people about their legal rights. The embassy has also started cooperating with the Project Forum, which in November will bring experts and intellectuals from all over the world to the Central European Forum 2010 Bratislava where discussions will articulate the current political, social and cultural challenges facing central Europeans, and all Europeans.

The Dutch Embassy is well-known for its multicultural policies and it has been carefully monitoring relationships between Slovaks and Hungarians and advancing ways to improve the lives of the Roma minority living in Slovakia.

“We have subsidised many projects that have been aimed at improving the situation of Roma, though we are aware of the fact that solutions for the problems of Roma are neither quick, nor low-budget,” said Kadlecová.

“Slovakia has good, involved experts undertaking projects with Roma citizens, so it is important to support them. We believe that by doing so we can be helpful,” said Kadlecová.

This year the embassy will also support a children’s summer school called Station East (Stanica Východ) in eastern Slovakia that will include a video-documentary workshop. In the five days of the programme the participants from Prešov and Košice, both Roma and non-Roma, will learn the basics of using a video camera, thinking about motion pictures, and then will be able to capture their day, family, friends, neighbourhood, interesting stories and people on video.

“The outcomes of this summer school will later be distributed to a wider audience,” said Kadlecová, adding that in this way the children will get the chance to show the broader Slovak public their world, through their eyes. “We expect this will be another bridge between the majority population and the Roma minority.”

And even more culture

After the success last year of the Re: Made in Holland festival the Dutch embassy is continuing to focus on projects that involve a two-way exchange between Slovakia and the Netherlands around issues of innovation.

The embassy is also maintaining its Artist in Residence programme for young photographers.

“That programme started in 2008 with the Jaap Scheerens’s project ‘Fairytales’,” Illah van Oijen, press and cultural assistant at the Dutch embassy told The Slovak Spectator. “During his stay in Slovakia he was assisted by Boris Nemeth, who then went to the Netherlands in 2009. This year, the Month of Photography – together with the new art centre in Banská Štiavnica called ‘Banská St a nica’ – is welcoming photographer Susan van Hengstum. She will travel throughout Slovakia with her project about local newspapers and it will be exhibited in November on Šafárikovo Námestie in Bratislava. A Slovak photographer will be part of the programme and then will travel to the Netherlands in 2011.”

Another example of this kind of joint programme is a project with the Academy of Fine Arts and Design (VŠVU). In 2009 designers Ján Filípek and Ondrej Job studied one year in the prestigious masters’ programme for typography at the Royal Academy of Arts in The Hague. There they learned the art of 3D type design by making traditional Dutch ‘chocolate letters’. This knowledge was then shared with a new generation of Slovak designers during a workshop at VŠVU and the results were exhibited at the Dutch National Day reception this April.

Another cultural event, that opened recently, van Oijen said, is a Sculpture and Object festival featuring two Dutch sculptors, Simon Oud and Helen Vergouwen, along with another 58 artists from 10 countries. And she noted that in October the European Union Baroque Orchestra will play at Slovakia’s Levočské Babie Leto and Konvergencie music festivals.

Last but not least, the embassy is working on a project that brings together its focus on human rights, tolerance and culture. The foundation Nadácia pre človeka v núdzi a prevenciu kriminality, which focuses on helping people in need and preventing criminality, is preparing to open Nová Galéria, a new workplace for mentally disabled, but artistically gifted people.

“Following the example of, and in cooperation with, the Dutch organisation Herenplaats in Rotterdam we are planning to create an institution that supports mentally disabled people in a way that has no precedent in Slovakia,” said van Oijen. “The first exhibition is planned for October in the Slovak National Gallery’s Insite Art Gallery in Pezinok, which aims to increase public awareness among Slovaks of so-called Outsider Art.”