Belgium's EU presidency is ready with its priorities

PIERRE Lazareff, the editor of a French daily newspaper, once said: One cannot get the front page with a headline like “Today, all trains arrived on schedule!” He was right, of course. Particularly in the popular press, business as usual is no news. Only what is spectacular is worth printing: accidents, calamities, catastrophes. Also, readers often seem to prefer lamenting to rejoicing, doom-laden scenarios to rosy predictions. 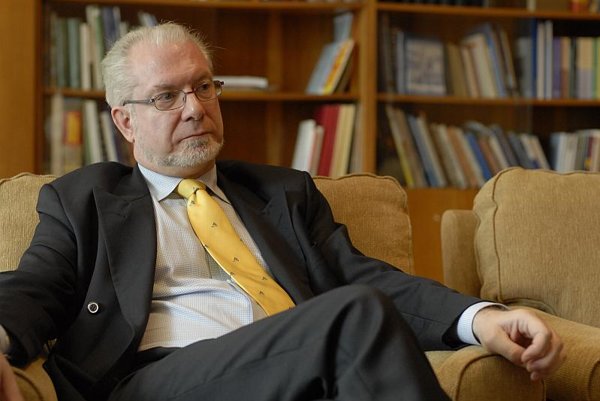 PIERRE Lazareff, the editor of a French daily newspaper, once said: One cannot get the front page with a headline like “Today, all trains arrived on schedule!” He was right, of course. Particularly in the popular press, business as usual is no news. Only what is spectacular is worth printing: accidents, calamities, catastrophes. Also, readers often seem to prefer lamenting to rejoicing, doom-laden scenarios to rosy predictions.

So it came as no surprise that following the Belgian elections, held one day after the Slovak elections took place, some in the press were quick to predict the imminent end of Belgium and a lame-duck EU presidency under a caretaker government. Such analyses may have a big impact, because Brussels has the second largest press corps in the world after Washington, DC. The reason is that Brussels hosts EU institutions as well as NATO headquarters. Therefore, it is worth examining those claims. The demise of Belgium has been announced so many times that it may suffice to repeat once again that “reports of its impending death are greatly exaggerated”.

This is also true for the Belgian EU presidency. Logistically, everything is ready. The Ministry of Foreign Affairs has been coordinating preparations for well over two years now. Those in charge are seasoned diplomats and officials, who have previous experience with EU presidencies. After all, this will be the twelfth time Belgium will hold the six-month rotating presidency.


Politically, there won’t be a problem either. The Belgian priorities for the next six months have just been finalised and adopted. Even if in a few weeks’ time a new coalition were to come to power, the priorities would not change. During the last election campaign, Europe was hardly mentioned. Not because the politicians are not interested, but because there is a consensus amongst them. One could say: “You don’t win elections by declaring: We agree with the rest of you”. All Belgian parties are very much pro-European and in favour of further integration. That is why Belgium had no problems ratifying the Lisbon Treaty.

However, based on the new treaty the rotating president no longer chairs the European Council since there is a permanent president. Since Herman Van Rompuy is a Belgian citizen highly regarded by Belgian politicians, cooperation with him should be very smooth. The same will apply to cooperation with Lady Ashton. Well-functioning European institutions will be high on the Belgian list of priorities.

Driven by its European-mindedness, in the presidential seat Belgium will try to find solutions and achieve compromises to improve the functioning of the union as a whole and in a way that is beneficial for all European citizens. Belgium does not necessarily want to push a national agenda, while our foreign ministers have often explained that Belgium has less national clout when holding the presidency since it prioritises the common interest.

It also is worth noting that Belgium is a federal state, which has devoted a lot of power to the regional and community entities. Each region and community has its own government and parliament. For instance, there is no Belgian minister of education. But there is an education minister for the Flemish community, another one for the French community and yet another one for the German speaking community. Moreover, our federalism is unique, due to two characteristics: absence of hierarchy and external competences. “Absence of hierarchy” means that a federal law is not above a regional law.

In Germany, “Bundesgesetz bricht Landesgesetz”, and in the EU when a national law contradicts a European regulation, the latter has precedence. Not so in Belgium. A federal law and a regional or community law are on equal footing.

In Bratislava, there is a trade commissioner over which the Belgian ambassador has no authority. The representative takes her orders directly from the regions. The ambassador can help or assist her in démarches, in providing information, in organising social events, etc. – but only at her request.

As a logical consequence, some European files, such as environment or education, fall under the purview of regions and communities. Those governments are fully operational and their members will chair a number of councils of ministers.

Finally, as EU president, you have to be very pragmatic. Your agenda is also determined by events. Last time Belgium held the presidency, the New York Twin Towers were attacked on September 11. Immediately, the presidency took another turn. Belgium was praised for having been able to integrate this dramatic terrorist act and its worldwide implications into its working programme, without abandoning its priorities. No one wishes such a tragedy – or indeed, any tragedy – to happen again, but a presidency must be ready for the unexpected.

Alain Cools is the Belgian Ambassador to Slovakia