ONE cannot sit on two chairs at the same time, cautions an old Slovak saying which implies that in life one must make some either-or choices and cannot linger long in between. The adage however, is not literally true for elected positions, as often politicians hold two or even more government positions and manage to spread across many chairs at the same time. June’s parliamentary election has again stirred the debate about whether this is right or wrong. 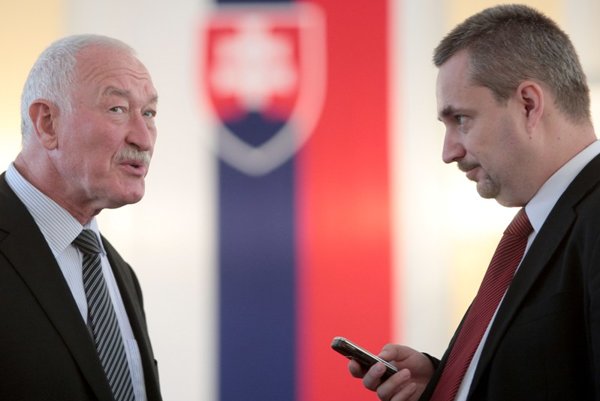 ONE cannot sit on two chairs at the same time, cautions an old Slovak saying which implies that in life one must make some either-or choices and cannot linger long in between. The adage however, is not literally true for elected positions, as often politicians hold two or even more government positions and manage to spread across many chairs at the same time. June’s parliamentary election has again stirred the debate about whether this is right or wrong.

One of the four parties of the new ruling coalition, the Christian Democratic Movement (KDH), has been applying an unwritten rule ‘one person – one post’ under which no state-level MP from KDH can hold another post in a regional or local government at the same time.

“In the future we want to push this principle through into the constitution,” said KDH chairman Ján Figeľ. His party has managed to partially include the rule into the programme statement of the new government. The four coalition parties of the newly-formed government have stated that they would introduce a rule which would prohibit a person from sitting in the Slovak parliament and the European parliament simultaneously.

The only KDH MP who does not live up to the party’s internal rule at this time is Bratislava Mayor Andrej Ďurkovský who was elected MP for the first time in the June election. He said he was ready to follow the party’s principle, but more than two weeks after the election it is not clear which, if any, of his posts he will give up. The municipal elections are scheduled for autumn this year and it is also not certain whether Ďurkovský will choose to run for mayor of Bratislava again.

Civic Conservative Party (OKS) MPs Ondrej Dostál and František Šebej (who ran on the Most-Hid slate) are both deputies in the Bratislava regional parliament and in the local parliaments of their respective Bratislava districts.

And Dostál, newly elected to Slovakia’s national parliament, does not rule out running again in the upcoming municipal election.

“In my opinion we cannot mechanically compare the post of a deputy in the municipal or the regional administration with the post of a deputy on the national level,” Dostál told The Slovak Spectator. He said that serving in the two posts should not present a time problem for him.

“Municipal deputies don’t hold their post with a full-time [work] regime; it’s a post that everyone holds on the side, while staying in his or her main occupation,” Dostál explained. “If a medical doctor or a businessman can do it along with his or her own job, I see no reason why an MP shouldn’t.”

Political analyst Marek Rybář from the political science department of Comenius University in Bratislava believes that from the viewpoint of a political party the decision to stick with the principle ‘one post is enough’ seems to be a rational one because it allows more people from within the party to hold public positions.

“The circle of people within the party engaged in public posts thus widens, which is favourable for the political party,” Rybář told The Slovak Spectator. “The other question is whether it helps [in fulfilling] the posts and that I cannot tell.”

Rybář, however, does not believe the principle should be applied uniformly across the entire political spectrum.

“I’m not sure it would be a good solution to limit [the number of posts one person can hold] by some law,” he said.