THE PROBLEMS of marginalised Roma communities living in often substandard conditions in so-called settlements across Slovakia have been recognised as among the most sensitive issues that the incoming centre-right government will have to deal with. That is one way to interpret the fact that Roma issues have been placed near the very top of the government’s programme statement. Roma rights watchdogs have praised some of the suggested measures but are warning against excessive optimism. 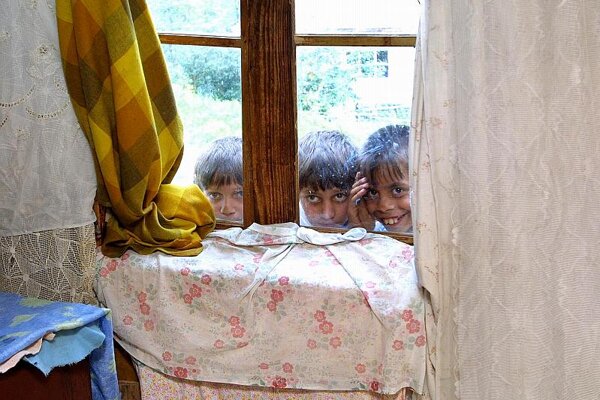 THE PROBLEMS of marginalised Roma communities living in often substandard conditions in so-called settlements across Slovakia have been recognised as among the most sensitive issues that the incoming centre-right government will have to deal with. That is one way to interpret the fact that Roma issues have been placed near the very top of the government’s programme statement. Roma rights watchdogs have praised some of the suggested measures but are warning against excessive optimism.

Laco Oravec from the Milan Šimecka Foundation identified what he described as several positive trends set by the new programme statement, but said no one should be too optimistic. Among the positive aspects, he noted that the topic had been placed early in the document and given much more space than in any other previous government’s programme statement.

“Awareness that the Roma problem here is one of the biggest that we have to solve in the coming years is being consensually built in society,” Oravec said.

According to him, the new Freedom and Solidarity (SaS) party most influenced this part of the programme statement.

“SaS is a new party and they do everything with enthusiasm,” Oravec said. “But what makes us optimistic is that we believe they will be willing to lead deep and complex debates about possible solutions; a participatory dialogue with civil society and also with solely Roma.”

The section ‘Roma settlements and marginalised communities’ is included in the first section of the programme statement, among those topics that transcend departmental boundaries. The coalition partners have included several novelties, for instance the word ‘Roma’ is practically omitted from the text, and the term ‘socially dependent communities’ (referred to by its Slovak initials, SOS) is used instead.

Oravec believes that removing ethnic references to the settlements is a positive move, mainly because the term ‘Roma settlements’ harms Roma that live in integrated settings.

“Settlements are a specific intersection between poverty and ethnicity,” Oravec told The Slovak Spectator. “Until now the approach was mainly ethnic, now it’s perhaps going to be prevailingly social.”

But Oravec described the actual term chosen – SOS – as rather unfortunate.

"It’s not good in that it partly victimises [Roma], as the word ‘dependent’ implies guilt on the part of the communities,” he said, adding that marginalised communities or socially excluded communities, a term also used in European Union jargon, would perhaps serve the purpose better.

Rob Kushen, the managing director of the European Roma Rights Centre (ERRC), a Budapest-based think tank, also remarked that the social dependency of some Roma communities is a secondary result of the ethnic discrimination Roma have faced historically, and still face today.

“We welcome the future government’s commitment to solve the problems of socially and economically disadvantaged communities, however we would like also strongly to encourage the government to tackle the ethnic discrimination that Roma are facing in Slovakia and which causes their social and economic disadvantage,” Kushen told The Slovak Spectator.

“It is also very important at this stage to see whether the change in terminology will be politically or legally significant,” Kushen said.

Most of the incoming government’s aims, as stated in its programme, relate to the area of education.

The coalition promises to strengthen the motivational tools to increase school attendance among children from SOS, create positive motivational tools (such as scholarships) for SOS children to be able to continue their education at secondary school (according to Amnesty International Slovakia, only 3 percent of Roma students currently graduate from secondary school), to build upon an already-proven project using zero grades and teaching assistants, and to deal with the unjustified use of special schools to teach SOS children.

Another education-related measure is a proposed new law to require two years of pre-school education for SOS children in those places where there is a community centre or other facilities where pre-school education can be provided. But Oravec criticised this measure as stereotypical and even discriminatory.

“Such inequality cannot be accepted, it should either be for everybody or for nobody at all,” Oravec said. “We believe we will be able to persuade the government that well-motivated voluntary action is better than obligation.”

Another proposed measure that has provoked a guarded response is the proposed introduction of an e-pay card system for payment of social allowances to SOS claimants, so that they would not receive payments in cash.

“Ostensibly the reason for this proposal is to limit misuse of social benefits, but there has never been a relevant report presented by anyone on the issue of abuse of social benefits,” Kushen remarked, adding that the ERRC would appreciate it if the incoming government focused on “the well documented obstacles of Roma inclusion” to begin with.

Laco Oravec believes the e-pay card might not necessarily be a bad idea, since it has been used in other countries for targeted payments, such as for housing.

“It doesn’t violate anybody’s rights as such, but there has been some talk about paying the social allowance on a daily basis – and that teeters on the edge of human dignity,” he said. According to Oravec, the best approach would be to introduce the card in a trial scheme.

“Let them test it. This is exactly what public policy in Slovakia needs: testing and evaluation of the impacts rather than everything being done on a massive scale,” Oravec said.

One area which Oravec conceded might prove problematic is funding for these policies, as the incoming government is also committed to restricting public spending in order to achieve massive savings from the state budget. The programme statement mentions funding for the policies only in passing, saying that the government will “support charities, NGOs, and Christian communities that have the best results in this area, mainly [using] EU funds”.

Oravec also argued that financing projects from European funds might provoke a rather careless approach, as spending other people’s money is easier than spending one’s own.

“It’s a bit misleading; the solutions will cost Slovakia a lot of money,” Oravec said. “For instance, social housing is an area where a lot of domestic funds will have to be put in place. So either we find the courage to do it or we don’t.”