Business lays out its gripes

PLEASE refrain from adopting legislation with haste and without thorough review; start publishing court decisions on the internet, while eliminating the factors that lead to lengthy trials; identify unproductive activities by the state and scrap them – this would greatly benefit the health of the public finances; freezing the salaries of bureaucrats until their departments and offices undergo at least a basic financial trim will also help. These are just some of the suggestions that business is offering, should the new government of Iveta Radičová be ready to listen. 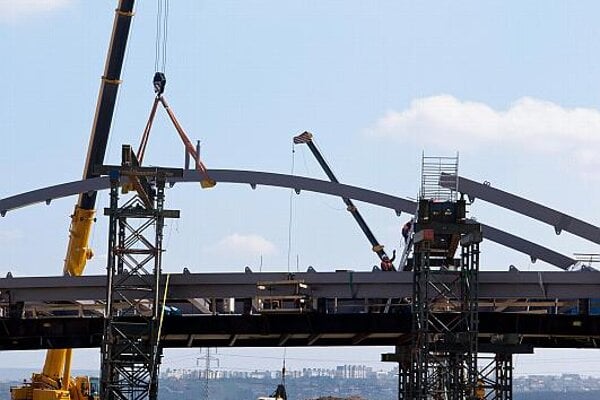 PLEASE refrain from adopting legislation with haste and without thorough review; start publishing court decisions on the internet, while eliminating the factors that lead to lengthy trials; identify unproductive activities by the state and scrap them – this would greatly benefit the health of the public finances; freezing the salaries of bureaucrats until their departments and offices undergo at least a basic financial trim will also help. These are just some of the suggestions that business is offering, should the new government of Iveta Radičová be ready to listen.

Businesses, foreign chambers of commerce and economic think tanks have been pretty outspoken about what they regard as the wrinkles in Slovakia’s business environment and have suggested possible ways to iron them out.

Enforcement of the law, elimination of corruption and construction of infrastructure topped the list of issues that require urgent government attention, according to German, Austrian and French investors, Markus Halt of the German-Slovak Chamber of Commerce told The Slovak Spectator. Members of the American Chamber of Commerce have identified corruption and non-transparent public procurement, among others, as thorns in the side of businesses operating in Slovakia.

The Business Alliance of Slovakia (PAS) is now working on a report on the state of the business environment in Slovakia which will include recommendations on how to make it a more fertile place to support investments.

These include more thorough preparation of legislation and an easing of the burden that the state places on businesses. In the area of legislation, PAS also suggests that a recently passed law on proving the origin of property should be scrapped since it violates the principle of presumption of innocence, and that other tools should be used to penalise illegal acquisition of property, according to a PAS release.

In terms of the justice system, PAS suggests that all court verdicts should be published on the internet and that court delays, currently caused by cases being passed between courts, should be eliminated. A system of regular evaluation of judges, with repeated negative assessments serving as the basis for decisions by disciplinary senates, would also contribute to a healthier justice system, according to the alliance.

Halt, of the German-Slovak Chamber of Commerce, agrees: he has described lengthy lawsuits as one of the major obstacles to doing business in Slovakia. The poor enforceability of laws caused by a lack of effectiveness in the judiciary often results in prolonged lawsuits, he said.

In the area of public finances, along with cuts to public spending, the alliance also proposes to make the validity of contracts which use public funds dependent upon their first being published on a user-friendly internet site. The use of electronic auctions in public procurement also appears on the PAS wish-list; such a measure has been repeatedly suggested by business leaders and observers as a tool to improve procurement procedures.

Halt, too, confirms that procurement problems have been among the major concerns of foreign investors.

“The lack of transparency in public procurement in the past was a major gateway for corruption in public tenders,” Halt told The Slovak Spectator. “Slovakia needs a transparent procurement system which is comprehensible at every single step. This can be best achieved by publishing all relevant data on the internet.”

According to Halt, Slovakia has lost millions of euros through corruption in public tenders over the past few years, while efforts to reduce the level of corruption have so far been weak.

PAS also suggests making the Slovak Land Fund more effective, and ensuring transparent handling of the property of unidentified owners while pursuing a massive clean-up at the real estate cadastre so that it becomes a reliable source of data on the ownership of land plots.

In the area of EU funds, the strengthening of public control over the distribution of funds should be a priority, along with the simplification of the bureaucracy involved in submitting applications, PAS suggests.

As far as infrastructure is concerned, PAS proposes an independent analysis of large investment plans, saying preference should be given to investments judged to have the best cost-benefit ratio.

However, infrastructure is one area where Halt argues that the new government should maintain continuity, especially as far as highway construction is concerned.

“The completion of the east-west connection between Bratislava and Košice should remain a top priority in transport policy,” Halt said. “The possible abolition of financing via public-private-partnerships (PPP) should be considered carefully. In Germany there has been good experience with PPP projects in the area of motorway construction.”

According to Halt, the poor condition of infrastructure in central and eastern Slovakia still presents a barrier for investment in these regions. Improvement of the road and railway systems is needed to make them more attractive to investors, he added.

In the area of human capital, PAS says measures to ensure the flexibility of the labour market are most important. For example, instead of granting investment stimuli to selected businesses, the alliance says the government should work towards generally binding measures that stimulate employment.

Halt noted that changes made to the Labour Code three years ago have deprived the Slovak labour market of flexibility and raised the costs of hiring and firing staff.

“The business community would welcome better conditions for short-term employment, and the handling and rewarding of overtime, part-time work, and lay-offs,” Halt told The Slovak Spectator. “In any case, the planned extension of collective agreements to entire sectors, a legally and economically questionable project which has been pushed by the outgoing government, should be cancelled as soon as possible.”

Businesses have also been calling for improvements to the education system to make it better reflect the needs of businesses.

If Slovakia wants to stay competitive in the future the government has to adapt vocational training to the current needs of the labour market, he added.