AT THIS time of year, it’s not unexpected for someone to take a voľno – a holiday. Unless that someone is Robert Fico. 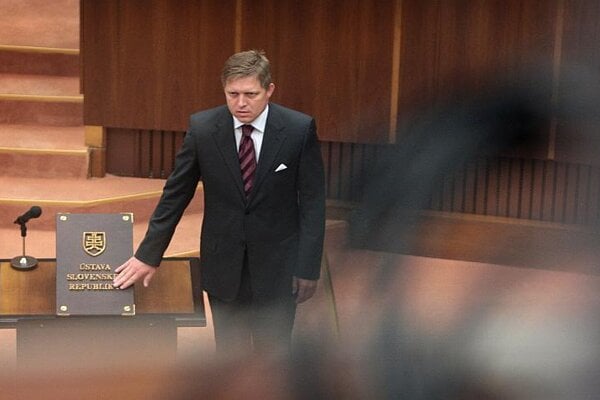 AT THIS time of year, it’s not unexpected for someone to take a voľno – a holiday. Unless that someone is Robert Fico.

“We’ll be back. We’re just taking some time off,” said the prime minister after the last meeting of his cabinet, which he had surely expected to lead for at least another four years.

It will be a busy vacation for Fico, who is moving on to become vice-speaker of the parliament. And his transition from prime minister to a prominent role in the legislature is just one of many premieres the Slovak political scene is experiencing in this new election cycle.


For the first time since the 1989 Velvet Revolution, there will be no former Communists in government. When Fico formed his cabinet in 2006 as many as nine out of its sixteen members were former members of the party.

Iveta Radičová will be the first woman to become prime minister of Slovakia, and only the second in the whole of central Europe (after Poland's Hanna Suchocka).

A woman has never held one of the top three offices in the country – the posts of president, speaker of parliament and prime minister have always been filled by men. Until now, the highest-ranking woman has been Ivetta Macejková, who heads the Constitutional Court.

Never before have the roles of prime minister and leader of the largest coalition party been divided. This time around, they are not only split, but Radičová’s party boss, Mikuláš Dzurinda, will be her subordinate in the cabinet.

Dzurinda is also the first former prime minister to take on a ministerial post. Although Vladimír Mečiar kept returning into government, he always came back as his party's chairman.

There will be new institutions like the new superministry created to please KDH boss Ján Figeľ, which will be responsible for transport, EU funds, travel, regional development and infrastructure. Or the new office for minorities that will be run by the deputy prime minister.

The coalition is planning to get rid of the much-abused immunity for MPs. And the right-wing parties are planning huge changes to the constitution, intended to improve the judiciary.


Even 20 years after the fall of communism, Slovakia‘s political evolution is not going on voľno.