Keep it up! says departing US diplomat

IN CELEBRATING Independence Day, Americans honor our founders who met in 1776 to assert their right to self-governance. For me, as for most US citizens, the Fourth of July is therefore a celebration of freedom and democracy. 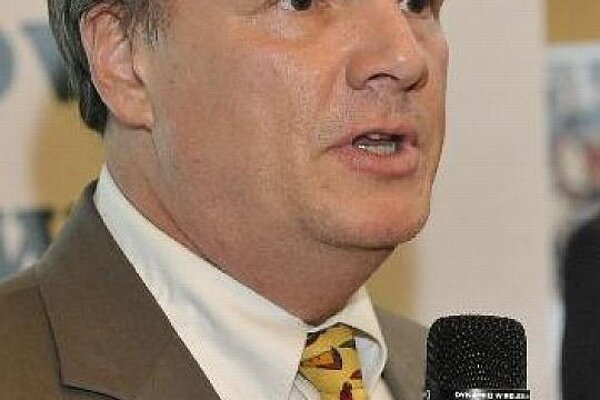 IN CELEBRATING Independence Day, Americans honor our founders who met in 1776 to assert their right to self-governance. For me, as for most US citizens, the Fourth of July is therefore a celebration of freedom and democracy.

We make no claims to perfection – no government can. But we do have 234 years of experience with representative democracy, which includes free and fair elections, the separation of powers, the principle of checks and balances, and the concept of independent judicial oversight.

But the Fourth of July is also a day to celebrate civil liberties and universal human rights. The list of grievances that Thomas Jefferson set forth in our Declaration of Independence foreshadowed America’s commitment to individual rights and fundamental freedoms, including the power and the glory of a free press and freedom of speech, the overriding value of constitutional limits on the power of government, and the fundamental importance of an impartial, fair, honest and independent judicial branch.

As I depart Slovakia, I am pleased to say that the state of US-Slovak relations is strong. We are allies in the Atlantic Alliance. We cooperate well on a host of political, economic, and security matters. We work together at the United Nations and in many other international organizations. And Slovakia's membership in the EU means that we are close partners in trade and global financial affairs.

We appreciate the cooperation we have received from the outgoing government of Slovakia. I have had the privilege of working closely with Prime Minister Fico, Minister of Interior Kaliňák, Defence Minister Baška, and Foreign Minister Lajčák on numerous issues, and I thank them for their support.

And the United States looks forward to a continued strong, close, and fruitful relationship with the new, incoming Slovak government. We wish it success as it assumes the duties and responsibilities of office. But I would also like to highlight the relationships we have with civil society in Slovakia.

Slovaks have always enjoyed travelling to the United States and the Visa Waiver Program – along with academic and cultural exchanges, most notably the Fulbright Fellowships – means that people-to-people contact is easier than ever.

And where would the National Hockey League be without Slovak players? Even baseball, my sport of choice, has a rich history of Slovak-American players. And I have been delighted to find that baseball is alive and growing ever stronger in modern Slovakia. Keep it up!

Let me also address the many non-governmental organizations (NGOs) with whom we work here. Modern democratic societies can and do approach the basic role of government differently.

There is no requirement for all of us to follow the same model.

But all of us need civic involvement, civic activism, and individual civic activists. We need NGOs to do what governments either can’t or won’t do. For example, the mission that Depaul-Slovensko has to the homeless in Bratislava.

And we need NGOs to promote corporate social responsibility and individual volunteerism, like the Pontis Foundation does with Naša Bratislava and its other programs. Keep it up!

But most of all, we need NGOs to keep us honest, because as government employees we sometimes lose track of the values – and the citizens and taxpayers – we represent.

Sometimes these watch-dogs are domestic. In the US, for example, we have the American Civil Liberties Union and Common Cause. In Slovakia, you have NGOs such as Via Iuris or the Fair-Play Alliance doing analogous work in society. Keep it up!

Sometimes the watch-dogs are global, like Amnesty International or Greenpeace. They may sometimes seem like thorns in our sides – like modern-day Cassandras – but they perform an essential function within civil society. Keep it up!

And above all we democracies need a free and independent press. Only through an informed public can a democracy remain “for the people”, and a free media is the way the people stay informed.

Yes, there is an inherent tension between government and a free press. But that tension is both necessary and appropriate because honest, aggressive, responsible, and hard-hitting journalism serves society best. Keep it up!

As I conclude my diplomatic mission in Bratislava, I am grateful to have had the opportunity to work and live in Slovakia. Soon, we will again have an American Ambassador in Bratislava. Theodore Sedgwick was confirmed by the US Senate on June 30. He is anxious to get here and hopes to be on his way within a few short weeks. In the interim, Martha Patterson will succeed me as chargé d’affaires. The United States will be well represented by Martha until Ambassador Sedgwick arrives.

Finally, today I wrap up 30 years of service to the US government and to the American people. As a final posting, I am proud and honoured to have had the opportunity to lead the American Embassy Bratislava for almost a year and half. I could not have done it without my staff – Slovaks and Americans – who performed so well. And I could not have made it without the unconditional love and support of my family. Thank you all.