NO ONE disputes the importance of a well-functioning judiciary. It’s a crucial part of the fabric of any democracy. Judicial questions, although sometimes technical and remote, affect everyday life. A good judicial system reaffirms the citizen’s confidence in the state. A bad one leaves him or her disillusioned and cynical. 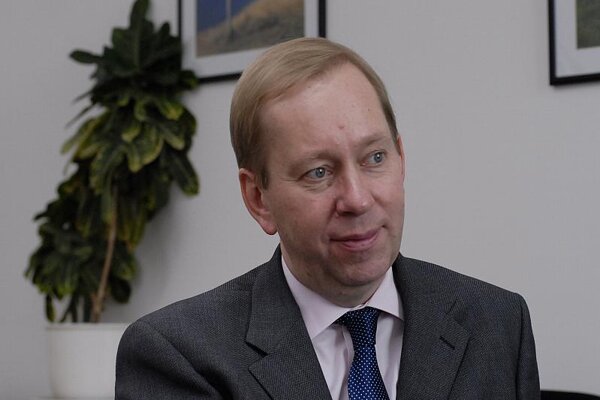 NO ONE disputes the importance of a well-functioning judiciary. It’s a crucial part of the fabric of any democracy. Judicial questions, although sometimes technical and remote, affect everyday life. A good judicial system reaffirms the citizen’s confidence in the state. A bad one leaves him or her disillusioned and cynical.

The judiciary in my country, the United Kingdom, has evolved over centuries. I’m proud of the fact that it is considered one of the most developed in the world. Which is not to say that it is perfect; it is still being reformed. Despite the challenges posed by the UK having no written constitution, two guiding principles have prevailed – the importance of the independence of the judiciary and transparency.

Judicial independence can be defined as the principle that the judiciary should be insulated from the legislative and executive power or, in other words, from the political influences of parliament and government. A politically-influenced judiciary is a dysfunctional one. It would be unthinkable in the UK for a government minister to become a judge overnight. Nevertheless, it was only in 2005 that the UK legislated to ensure that its highest court was completely independent of parliament.

The Supreme Court started functioning in October 2009. Until then, the most senior judges in the land sat in the House of Lords, the UK’s upper parliamentary chamber. There weren’t any doubts as to the integrity of the judges while in the House of Lords, but the government of the day rightly felt that it was no longer defensible. Experience has also taught us the importance of the culture in which judges operate: in the wrong hands any judicial system is open to abuse.

Transparency and openness are essential to gain people’s trust in the rule of law. People need to see a clear framework and an equal and consistent application of the rule of law. In the UK, it is inconceivable that judgements should not be made public, with reasoning, available online and reported in the media. The process of appointing judges is rigorous. Candidates have to go through an open competition and are assessed on merit alone against a competence framework. The Judicial Appointments Commission, set up in 2005, is an independent body that oversees the appointment of all judges. The concept of trial by jury – where ordinary men and women decide on the guilt or innocence of their fellow citizens – is considered in the UK to ensure that judgments in criminal cases are open and fair.

UK courts have become more and more accessible to citizens, often through the development of informative websites. The media also plays a crucial role in terms of transparency, ensuring accountability of judges for their behaviour and for the judgments they reach. A media that isn’t holding the judiciary – just as much as the government of the day – to account is failing in its duty. That constructive tension is a necessity in any democracy.

No follower of Slovak politics could be unaware of current concerns about the state of the judiciary and its effect on the fair application of the rule of law. One area of particular concern has been the use of judicial hearings against certain judges. It is right and proper that every organisation has a procedure for dealing with poor performance. But there is a sense among expert commentators just as in the media that recent disciplinary hearings have been used to settle personal scores, and that their rulings have not been consistent.

You can’t help but sit up and notice when almost 10 percent of a nation’s judges sign a statement saying that the judiciary is in crisis, as happened in October last year. And you have to worry about the long delays that are so commonplace in the Slovak judicial system. As we say in the UK, justice delayed is justice denied.

Diplomats and embassies, including my own, have rightly been concerned. This is an important issue for foreign investors and citizens as well as for Slovaks. Particularly within the EU, we rely on the fair and consistent application of the rule of law across 27 separate jurisdictions. British nationals living in Slovakia today rely on Slovak justice just as much as the many thousands of Slovaks living in the UK rely on British justice.

Slovakia’s newly-elected parliament provides an opportunity for politicians of all parties to address some of these challenges. For progress to be made a dialogue will be needed with the judiciary itself as well as with the media and expert NGOs. Given the passion and commitment I have seen from many Slovaks when discussing the judiciary, I have every confidence the opportunity will be taken. We all stand to gain from a well-functioning judiciary. More than that, we all depend on it.

Michael Roberts is the UK Ambassador to Slovakia