Slovakia as a potential springboard for doing business

SLOVAKIA and the United Kingdom enjoy extensive and broad business contacts, with a number of British companies already established on the Slovak market and others eying Slovakia as a potential springboard for doing business either in the east or the west. Even though the crisis has put a brake on bilateral trade and investments there is already evidence of growing activity or interest in some sectors. 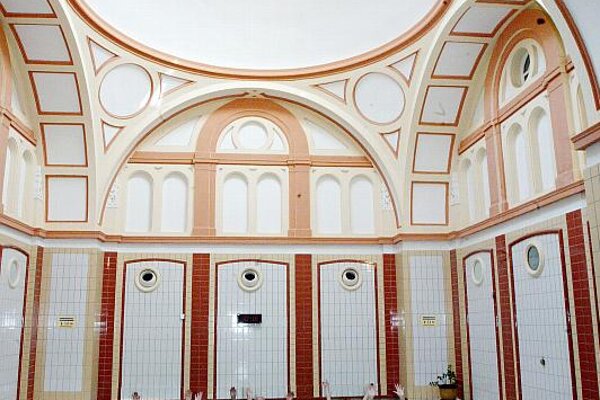 SLOVAKIA and the United Kingdom enjoy extensive and broad business contacts, with a number of British companies already established on the Slovak market and others eying Slovakia as a potential springboard for doing business either in the east or the west. Even though the crisis has put a brake on bilateral trade and investments there is already evidence of growing activity or interest in some sectors.

“Trade relations between Slovakia and Britain are excellent,” Eva Majerníková, senior trade and investment adviser at the UK Trade & Investment department of the British Embassy in Bratislava, told The Slovak Spectator. “Bilateral trade in 2009 exceeded €2,860 million, an impressive achievement from both ends.”

Dagmar Hlavatá from the press department of the Slovak Ministry of Economy and Construction specified that Slovakia’s exports to the UK decreased by 18.8 percent in 2009, while imports from the UK to Slovakia rose by 52 percent. In spite of this, Slovakia still reported a significant trade surplus with the UK of €919 million.

“In the case of Slovakia’s exports to the UK the commodity structure represents a significant risk,” Hlavatá told The Slovak Spectator, specifying that four groups of goods, including machinery, transportation means and industrial products, dominate Slovakia’s exports, accounting for 98.6 percent of them. “It was industrial production that was hit most by the crisis.”

According to Hlavatá, bilateral trade continued to decrease during the first quarter of 2010, when imports from the UK to Slovakia decreased by 10.7 percent year-on-year and exports from Slovakia to the UK fell by 9.5 percent.

By the end of 2009, aggregate British investments in Slovakia totalled €401 million, according to information from the National Bank of Slovakia, the country’s central bank. This put the UK in 12th position in terms of foreign direct investment. In 2009 alone the inflow of British investments amounted to almost €12 million.

The UK is traditionally strong in the area of services and this is reflected in the structure of British investment and companies in Slovakia.

There is a strong presence in retail services but there are also many companies active in accounting, financial and legal services.

In the area of manufacturing it is mainly automotive component suppliers and manufacturers, and defence equipment suppliers that are leading the way, but there are some companies active in other sectors such as printing and packaging, pharmaceuticals, textiles and clothing, said Majerníková.

Hlavatá listed among the most significant British investments in Slovakia as Tesco Stores, Shell Slovakia, Excellent London Syndicate (trade, mediation and promotional activities), the pharmaceutical company GlaxoSmithKline Slovakia, SEWS Slovakia in Topoľčany producing electrical systems for the automotive industry, CP Holding – SKL Piešťany active in spa treatment and tourism, and AquaCity Poprad, which is interesting for its use of geothermal energy.

Majerníková added that there are many companies, large and small, who are not so widely recognised as being British-owned. Of the well-known companies she mentioned BAE Systems, AstraZeneca, HSBC, Next, Marks & Spencer, Allen & Overy and Tate & Lyle.

The Commercial Section of the British Embassy in Bratislava has registered over 100 companies in Slovakia with UK ownership and the number of British-owned businesses in Slovakia has been steadily growing.

“In recent years, Slovakia has frequently been recognised as a country with favourable conditions for doing business,” said Majerníková. “Slovakia now has a unique opportunity to set a course that will build on this success and continue to strengthen its competitiveness.”

“Slovakia is not a huge market but offers good opportunities, mainly to those who would like to use it as a springboard to either the west or the east,” said Majerníková. “The economy has been growing, despite the economic downturn. And the latest advantage is Slovakia’s membership in the eurozone.”

Turning to barriers in the way of British investors wanting to do business in the country, Majerníková said that UK companies trading with or already established in Slovakia find the experience comparable to that in neighbouring countries, namely the Czech Republic, Poland and Hungary.

“What is still a slight problem is the frequently changing legislation and other governmental or local rules for running business on a day-to-day basis,” she said. “The message that we receive from UK investors is that they encourage the Slovak government to continue decreasing the administrative burden on business, reduce rapid and non-systematic changes in legislation and allow greater discussion and involvement by various stakeholders in the preparation of new legislation. In addition, they express their will and support to all of the Slovak government’s initiatives to raise awareness in the area of transparency and implementation of anti-corruption measures.”

Majerníková sees a great opportunity for further development of economic cooperation between the two countries, and says Slovakia remains interesting for British investors.

“It has got the euro, a good location and a flexible workforce,” Majerníková said. “The PricewaterhouseCoopers 2009 Emerging Markets EM20 index, which assesses inward investment risks and opportunities in emerging markets in the world – not only in Europe – ranks Slovakia seventh in manufacturing and first in services.”

However, it would not be true to say that nothing has changed or that the economic downturn has had no effect on trade and investment relations between the two countries, she added. Both the UK and Slovakia have been hit hard by the crisis, the UK perhaps more so in the financial sector than Slovakia. Of course, interest from UK investors in real-estate development and construction has declined. On the other hand, Majerníková identified increased activity or interest in plastics, mechanical engineering, pharmaceuticals, and the education and training sectors.

There are many other opportunities for Slovak companies in the UK. Majerníková listed opportunities linked to the London 2012 Olympics, the automotive industry, the energy sector, promotion of leisure and tourism in both countries, and exchange of know-how and training skills.


Another area where Majerníková sees significant potential for mutual cooperation is climate change and a low-carbon recovery.

“UK is a leader in this area and this fact has been well recognised by the Slovak government,” she said. “There is a lively dialogue between Slovak experts and the British Embassy regarding potential co-operation on several environmental projects.”