How is Ireland recovering from the economic crisis?

IRELAND has adopted a clear strategy to handle the economic crisis. Our strategy involves stabilising the public finances, repairing the banking system and improving competitiveness in order to foster sustainable employment. We have moved swiftly to take the tough, but necessary decisions to protect the economy. This involved significant public expenditure cuts, including pay cuts and a series of measures in relation to banking and financial regulation. 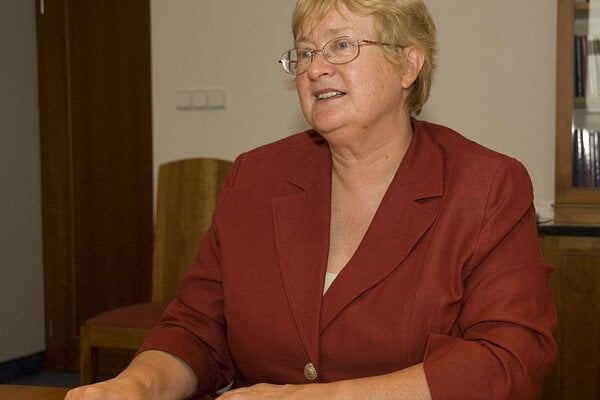 IRELAND has adopted a clear strategy to handle the economic crisis. Our strategy involves stabilising the public finances, repairing the banking system and improving competitiveness in order to foster sustainable employment. We have moved swiftly to take the tough, but necessary decisions to protect the economy. This involved significant public expenditure cuts, including pay cuts and a series of measures in relation to banking and financial regulation.

These policies are unpopular but many people recognise their value.

Competitiveness is improving: labour unit costs are falling, consumer prices are dropping, the government is helping businesses reduce their energy costs, manufacturing output is up and surveys show that consumer confidence is growing.

The ratification last month of the Public Service Agreement between the government and public service trade unions will allow for a more flexible and integrated public service, focused between now and 2014 on the needs of the citizens and on contributing to economic growth.

The latest figures show that Ireland is now out of recession and that the public finances are stabilising. Growth between the final quarter of 2009 and the first quarter of 2010 of this year was 2.7 percent of GDP, the fastest growth rate in the OECD. Our exports are strong and the European Commission and OECD are now projecting that Ireland’s GDP will grow next year at 3 percent. This is double the eurozone average.

We remain committed to bringing the government deficit below 3 percent of GDP by 2014. Despite difficult market conditions, demand for Irish government bonds remains strong. We now have over 80 percent of the €20 billion we need to borrow for this year to meet our long-term funding requirements and, allowing for other cash balances, the exchequer is fully funded through the end of 2010.

We have a plan and our plan is working. Confidence is being restored and it is important that this is maintained as we move from recovery to renewal. Ireland, like a number of our partners, has a direct interest in seeing the European Financial Stabilisation Facility (EFSF) – the vehicle devised to ensure stability in the eurozone – become operational in the nearest future.

The challenge, of course, is to ensure the recovery brings jobs. A range of measures to support businesses have already been taken and the government will continue to stimulate job opportunities for our citizens.

As part of this process, the government committed itself to a multi-annual capital investment programme of over €39 billion between this year and 2016. Indeed, capital spending this year of €6.4 billion is equivalent to 5 percent of GNP. It is not widely appreciated that, in proportional terms, this is one of the largest capital programmes in Europe.

While our competitiveness is improving, we know this will not be sufficient unless we improve our productivity. Research has shown that innovation is the key driver of productivity and that is why we are investing in innovation.

Fifteen years ago, Ireland had no significant research base to speak of. But total investment in research and development has trebled in the 10 years to 2008. Today, our dedicated research agency, Science Foundation Ireland, is working with almost 400 companies which collectively employ 56,000 people. Ireland is now in the Global Top 20 for research citations and we have recently increased the Research and Development tax credit from 20 percent to 25 percent.

Our message is clear: Ireland is the innovation island where smart people use fresh thinking to turn new ideas into world class goods and services. Ours is a small, open economy. In Ireland, exports and imports amount to about 160 percent of GDP while the equivalent figure for the US, for example, is about 30 percent. Our recovery, therefore, is being export-led and last year we managed, despite all the difficulties, to run a trade surplus of €38 billion.

Fortunately, investor confidence has remained high throughout the crisis. In the past six months, we have announced over 1,200 high-quality jobs through foreign direct investment wins such as eBay, IBM, Hertz, PayPal and Zurich Insurance and the FDI pipeline for new jobs this year and beyond is strong. Our corporate tax rate is just 12.5 percent, the corporate tax system is deliberately transparent, and compliance is relatively simple.

The factors which facilitated our recent economic success remain and Ireland continues to be a very attractive location for business. We are part of the European Union and the eurozone with full access to Europe’s Internal Market. We have a young and highly educated workforce with a pro-enterprise focus. We have faced other economic challenges in the recent past and on each occasion we have shown that the Irish economy is very flexible, with a track record of fast adjustment.

Kathryn Coll is Ambassador of Ireland to the Slovak Republic