Learning from Ireland’s successes – and mistakes

IRELAND experienced robust growth and rapid development during the eighties and nineties. Now it is a country with an open and export-oriented economy hosting a number of headquarters of multinational companies. And in spite of making some mistakes which have worsened the effect of the global economic crisis on Ireland, there are a lot of positive points to inspire Slovakia. 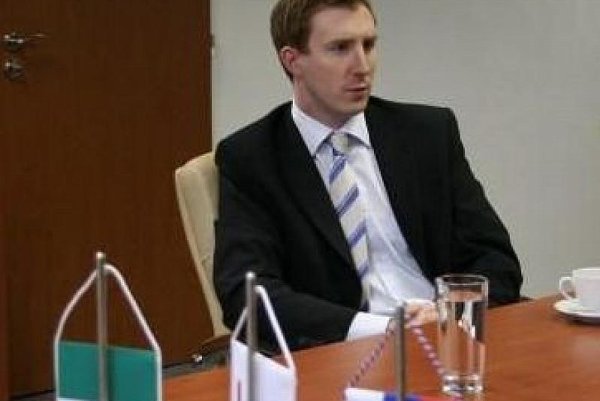 IRELAND experienced robust growth and rapid development during the eighties and nineties. Now it is a country with an open and export-oriented economy hosting a number of headquarters of multinational companies. And in spite of making some mistakes which have worsened the effect of the global economic crisis on Ireland, there are a lot of positive points to inspire Slovakia.

The Slovak Spectator spoke to Glen Farrell, the chairman of the Irish Chamber of Commerce in Slovakia, about whether Slovakia remains an interesting destination for Irish investors, about similarities between the two countries, lessons which Slovakia can learn from Ireland, and about the Slovak community back in Ireland.

The Slovak Spectator (TSS): Does Slovakia remain an interesting option for Irish companies as an investment destination? What are the activities of the Irish Chamber in this respect?


Glen Farrell (GF): Through our co-operation with the Slovak Embassy and Commercial Office in Dublin, Enterprise Ireland and the Irish Embassy in Slovakia, the Irish Chamber facilitates an excellent level of communication between the interested parties. This has provided a strong platform and gateway for Irish companies looking to trade or invest in the Slovak market.

‘Slovak Business Days’ take place frequently at the Slovak Embassy in Dublin. Irish Chamber Board members often participate and provide the on-the-ground experience and advice on getting
started in Slovakia that is needed to encourage Irish companies to come here.

Irish businesspeople looking to the Central Europe region have a range of concerns, which can
include the level of corruption, very rapid changes in legislation affecting business and the slow progress of commercial disputes through the justice system. With the new centre-right coalition now in power, there is likely to be a renewed energy among the foreign business community in Slovakia. Many will feel confident in encouraging their compatriots back home to become involved in a country that can once again become the stand-out great success story of central Europe. There is particular satisfaction for many that the internationally respected and experienced Ivan Mikloš will re-take the finance minister’s position, and that the Ministry of Economy will fall within the remit of the Freedom and Solidarity Party (SaS) which is led by his former colleague Richard Sulík.

TSS: During recent decades Ireland has been transformed from an under-developed country into the ‘Celtic Tiger’. Can Slovakia learn anything from Ireland in this respect?

While in the past two years many may perhaps have seen Ireland as a fallen star. It has to be said, though, that the mistakes we made do not alter or detract from the excellent structures adopted and decisions taken in the late eighties and early nineties that took Ireland from being the second weakest economy in the European Union to the second strongest in terms of GDP per capita.

There are some similarities between Ireland and Slovakia in the structural features that shaped both economies, notably the tax system. For many years, Ireland has operated a system of low corporate taxation (10 to 12.5 percent). This has been vital in competing for investment from the USA against other European countries with significantly higher corporation tax rates. The simplicity of Slovakia’s flat-tax system is a huge selling point for this country.

The ability to communicate is an indispensable condition for doing business. In this respect Ireland has the advantage of being an English-speaking country. This has fuelled Irish success in encouraging massive investment by US companies, many of which located their European headquarters there. In Slovakia the quality of English spoken is excellent among graduates. And, importantly, there are up to 100,000 Slovaks still living in the United Kingdom and Ireland who will return to Slovakia at some point. This will create a huge pool of talent for foreign companies coming to Slovakia.

One aspect of Ireland that could inspire Slovakia is the commercial court system, as protracted legal disputes are high on the list of complaints from foreign investors in Slovakia.

The commercial court system in Ireland, established in 2004, has been one of the great judicial developments in Ireland over the past number of years. Previously, the Irish court system suffered from issues similar to those encountered in Slovakia in terms of trying to process commercial cases with any sort of efficiency. Nowadays, for situations that meet the criteria to be assigned to the Commercial Court, the average time for a case to be brought to a conclusion is only 21 weeks.

The Irish commercial court model is a world-class structure that provides huge comfort for large multinationals entering Ireland, in the event of disputes arising. Perhaps this is an element that the new Slovak government may look to as an example of best practice.

The Industrial Development Authority (IDA) and Enterprise Ireland (EI) have proven to be two of the most successful and professional agencies promoting investment and trade respectively developed by any European country. With their significant physical presence abroad, these agencies can be credited with having contributed hugely over three or four decades to the success of the Irish economy. The IDA’s particular focus on the US throughout the 1990s, with strong financial backing from the Irish government, resulted in the influx of billions of euros of investment into the Irish economy, providing perhaps the best return on investment ever initiated by our government.

The recent appointment of Robert Šimončič, an experienced and highly regarded businessman, as the chief executive officer of the Slovak Investment and Trade Development Agency (SARIO), the equivalent of the IDA and EI, has created genuine excitement and optimism in the business community in Slovakia that the agency can reach its huge potential and become a driving force for the Slovak economy. If the agency receives the type of focus and support from the new government that our investment agencies received, the opportunities are endless for Slovakia.

TSS: Ireland is a small country which has managed to persuade multinational companies to go there and, in general, to open up to the world. What is the secret?

Ireland has created its brand. Just like Slovakia, Ireland is invariably considered too small a market for many multinational companies to focus on. The brand image of Ireland was altered abroad though, so that we were not to be viewed as a market in itself, instead as a ‘Gateway to Western Europe’. As mentioned, relative to our small size, Ireland is home to a hugely disproportionate number of multinational European headquarters.

This is also the way for Slovakia. More than any other country in the region, Slovakia, thanks to its geographical location and since it is the only Visegrad Four country to have adopted the euro, is perfectly positioned to market itself abroad as the ‘Gateway to Central and Eastern Europe’.

TSS: The global economic crisis has hit Ireland hard. Are there any lessons which Slovakia can learn from Ireland in this respect?

While Slovakia can hopefully learn from Ireland’s many successful policies and professionally run institutions, it will be equally important not to replicate the serious mistakes we made. Perhaps the greatest of these was our economy’s over-reliance on one industry, in our case the construction sector. As a very open economy, Ireland was hit extremely hard by the world financial crisis combined with a massive collapse in the property market at home, hence the significant problems and very hard decisions having to be made today.

If Slovakia can continue to diversify its economy away from heavy reliance on the automotive and electronics industry, and recognise the early warning signs of an over-heating economy and act quickly, then there is reason for us all to be highly optimistic about long-term and sustainable growth in the economy.

TSS: Aside from working with Irish companies already active in, and entering, Slovakia, what other goals does the Irish Chamber have?

We estimate that there are currently 30,000 Slovaks still living in Ireland, down from the peak of 38,000. This makes the Slovak community the third largest minority group in Ireland, excluding UK-born.

One of our prime goals since our inception has been to bring together all stakeholders interested in developing Slovak-Irish relations and engage directly with Slovak community leaders in Ireland.

What we have found back in Ireland is not only a very engaged Slovak Embassy, but incredibly active Slovak community leaders, unlike what is seen elsewhere among other European communities in Ireland.

The successful outcomes from the Slovak community include the Slovak Centre, a magazine and a chain of stores. The centre was established in Dublin to provide services including free legal aid, children’s lessons and general support to Slovaks living in Ireland.

The ‘Slovak in Ireland’ magazine is published in Ireland for the Slovak community and has a circulation of about 3,000. And Slovak Point is a growing chain of stores around the country providing Slovak goods directly to the community.

We hope to work with the new government and provide real recognition and support for this huge community of Slovaks back in Ireland.

We intend to work alongside these community leaders and the government to develop a structure to facilitate Slovaks’ re-integration back into Slovakia with the type of employment that matches their qualifications and fluent English-language skills, as we see a great potential in terms of this bringing benefits to these people, their employers and the Slovak economy, and supporting Irish-Slovak cooperation in general.