IVAN Mikloš is occupying the seat of the Finance Minister for a second time. 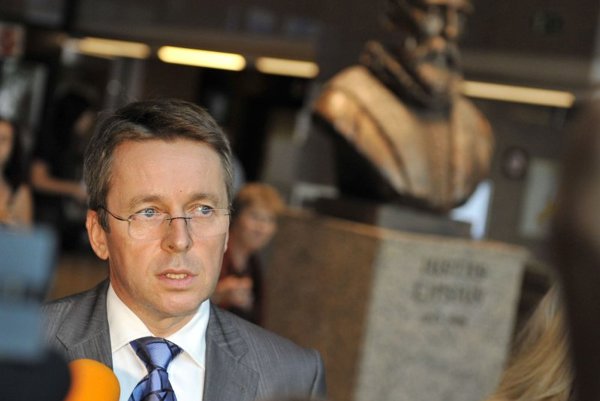 IVAN Mikloš is occupying the seat of the Finance Minister for a second time.

Mikloš was born on June 2, 1960 in Svidník and studied at the University of Economics in Bratislava where he specialised in macroeconomics and economic planning. Later he studied at the London School of Economics, focusing on the experiences of post-communist countries with economic transformation.

From 1983 until 1990 he was a member of the faculty of the University of Economics in Bratislava. After the fall of communism, in 1990 he served as the adviser to the deputy prime minister for economic reform and in 1991 became the director of the section of economic and social policy of the Government Office. Mikloš served as the minister of privatisation in 1991 and 1992.

In 1992 he became the executive director of M.E.S.A. 10 – the Centre for Economic and Social Analyses. In 1994 – 1998 he taught at Trnava University. In October 1997 he was elected in the parliament as a member of the Board of the National Property Fund, a post which he resigned from in September 1998.

In 1992 – 1993 Mikloš served as the first deputy chairman of the Civic Democratic Union, later he became the member of the Democratic Party (DS) which in 1997 merged with the Slovak Democratic Coalition (SDK) led by Mikuláš Dzurinda.

SDK was transformed into the Slovak Democratic and Christian Union (SDKU) in April 2001 and Mikloš has served as its vice-chairman since then.

Mikloš was a member of both cabinets led by Mikuláš Dzurinda in 1998 – 2006: in 1998 – 2002 he served as the deputy prime minister for economics and from June until October 2002 as the minister of transportation, posts and telecommunications. In Dzurinda’s second term, 2002 – 2006 Mikloš was the deputy prime minister and the finance minister. In 2006, Mikloš returned to the parliament as an MP and served as a member of the committee for finances, budget and currency.

In the 2010 parliamentary election he was slated as the number two candidate for SDKU, was elected MP, and in the subsequent four-party coalition negotiations was chosen to be one of the government’s deputy prime ministers and finance minister.