FOREIGN Minister Mikuláš Dzurinda was born on February 4, 1955 in Spišský Štvrtok. He graduated from the University of Transport in Žilina. 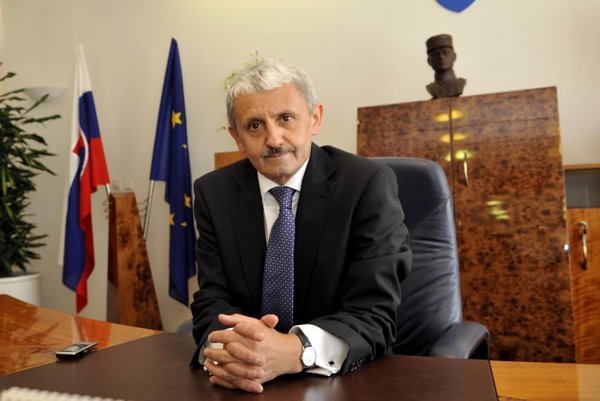 FOREIGN Minister Mikuláš Dzurinda was born on February 4, 1955 in Spišský Štvrtok. He graduated from the University of Transport in Žilina.

Dzurinda started his professional career at the Transport Research Institute in Žilina and began working for Czechoslovak Railways in 1980.

He began his political career as one of the founding members of the Christian-Democratic Movement (KDH) shortly after the Velvet Revolution and in 1991, after the first post-communist elections he was appointed deputy minister of transport and post. In 1992 he was elected an MP of the Slovak national parliament, where he worked as a member of the committee for budget and finance.

In 1993 Dzurinda served as the deputy chairman of KDH for economy. From March until October 1994 he held the post of transport minister. After the 1994 elections he returned to the parliament where KDH was in part of the opposition.

He served as Slovakia’s prime minister for two terms: 1998 – 2002 and 2002 – 2006. After the 2006 elections he returned to the parliamentary opposition again, and served as a member of the foreign affairs committee.

In 2010 he gave up his place on the party’s candidate list for the parliamentary elections after Robert Fico accused the party of corrupt party financing. He was replaced as election leader by Iveta Radičová.