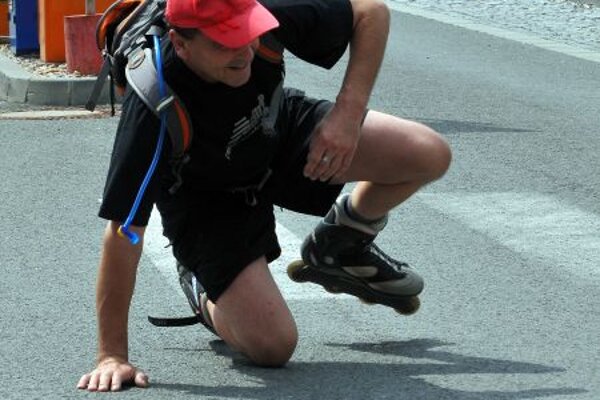 From June 25 to August 27, each Friday beginning at 20:00, everybody is welcome to join the 7th year of organised in-line skating rides through downtown Bratislava. For advanced athletes and beginners, old and young, fun-riders and trained sportspeople, this mass event brings new experiences and provides the opportunity to enjoy a barrier-free ride through the city (traffic will be stopped by police while skaters cross or use roads). In-line skates can be rented at the event. The starting point has been changed relaxation zone behind the Aupark shopping centre and parking lot behind the new Slovak National Theatre. The ride is for free; for more info, please look at www.bratislava-inline.sk.

Bratislava
CLASSICAL MUSIC: Gregorian Meditations – An international musical project gathers several vocal ensembles from Slovakia and the Czech Republic, including the Tiburtina Ensemble on July 23 and Gregoriana on July 24. On July 25 the Svatomichalská Gregoriánská Schola from Ss Peter and Paul Cathedral in Brno, Czech Republic, will showcase their mastery of the genre.
Starts: July 25, 20:30; Nádvorie Klarisky (courtyard of the Church of the Order of St Clare), Klariská 5. Admission: free. Tel: 02/2046-6105 (tickets can be bought between 13:00 and 17:00 in Výstavná sála, Michalská 1, and from one hour prior to the event on the door); www.ulib.sk, www.navstevnik.sk.

Bratislava
EXHIBITION: Affaires de Femmes - Ina Loitzl – The female body forms the core Ina Loitzl’s works. In fact it is her own body, subject to different pressures, on which expectations and ‘norms’ take their toll, especially when all kinds of emotions are suppressed, sometimes taking the form of nodes, i.e. lumps or cysts. Ina Loitzl confronts the general image of the female body, its perfection and aesthetic ideal.
Open: Mon-Thur 10:00-18:00, Fri 10:00-16:00 until August 27; Austrian Cultural Forum, Zelená 7. Admission: free. Tel: 02/5464-1337; www.embassyaustria.sk.

EXHIBITION: Lea Lovišková Dtance – This photo exhibition in the Gallery of Art Bratislava has two cycles: one represents three years of documenting a dance – its impression and feeling; the second maps the things that cannot be seen at a performance – the backstage environment, the dancers, and the people around them. Lea Lovišková was a dancer herself and knows this environment all too well.
Open: Mon-Sun 8:00-19:00 until September 3, GUBA 7A, Galvaniho 7. Admission: ????. Tel: 0907/150-345; www.guba.sk.

Trnava
EXHIBITION: Teodor Tekel – To mark the 35th anniversary of the death of Teodor Tekel and as part of the Year of Christian Culture, the Ján Koniarek Gallery, the Institute of Christian Culture and the Franciscan Order, and Tyrnaviensis have prepared an exhibition of the works of this expressionist modern artist, who focused mainly on religious motifs.
Open: Mon-Fri 10:00-16:00 until September 20; West Wing of Trnava Town Hall, Hlavná 1. Admission: free. Info: www.gjk.sk, www.trnava.sk.

Žilina
THEATRE AND DANCE FESTIVAL: KioSK Festival of Independent Contemporary Theatre and Dance – This festival takes place on July 19 to 23 (workshops) and 23 to 25 (stagings) and presents, among other things, Palissimo: The Painted Bird (Bastard), a performance of mixed US-Slovak provenance that presents solo performances but also involves volunteers, both amateurs and professionals, in a mass scene. Bastard is the first part of a trilogy, loosely inspired by Jerzy Kosinski’s Painted Bird novelette and dwelling on the phenomenon of exile, ‘otherness’ and (in)tolerance.
Starts: July 23, 20:00; Stanica Záriečie. Admission: €3.50, or €10 (for the whole festival). Tel: 041/5005064, www.stanica.sk.

Poprad
EXHIBITION: Z histórie turistických chát a útulní na Slovensku / From the History of Hikers’ Huts and Hostels in Slovakia – This exhibition, prepared in cooperation with the Slovak Museum of Sporting Culture, shows the history of facilities established to help hikers and climbers in the Slovak mountains before 1949, when such adventurers were relatively rare.
Open: Tue-Fri 9:00-17:00 until July 31; Podtatranské múzeum, Vajanského 72/4. Admission: €1-€2. Tel: 052/7721-924; www.muzeumpp.sk.

Smižany
EXHIBITION: Zlaté ruky / Golden Hands – The Ethnographic Museum in Smižany and the Spiš Museum in Spišská Nová Ves have organised an exhibition showing the skills of local craftsmen and craftswomen, including brief instruction and demonstrations that enable visitors to make small works of their own.
Open: Mon-Fri 8:00-16:00 until October 12; Národopisné múzeum, Krátka 5. Admission: €0.50-€1. Tel: 0917/746-336; www.muzeumspisa.com.