SUPREME Court President Štefan Harabin, who previously served as the country’s justice minister, is to lose his bodyguard. Interior Minister Daniel Lipšic, a nominee of the Christian Democratic Movement (KDH), said that protecting Harabin is costing Slovakia’s taxpayers far too much money: approximately €167,000 a year. Lipšic also argues that previous Supreme Court presidents have never had full-time protection. But Lipšic’s predecessor Robert Kaliňák was quick to attribute the minister’s move to what he called Lipšic’s personal antipathy towards Harabin. Lipšic and Harabin have long been political adversaries. 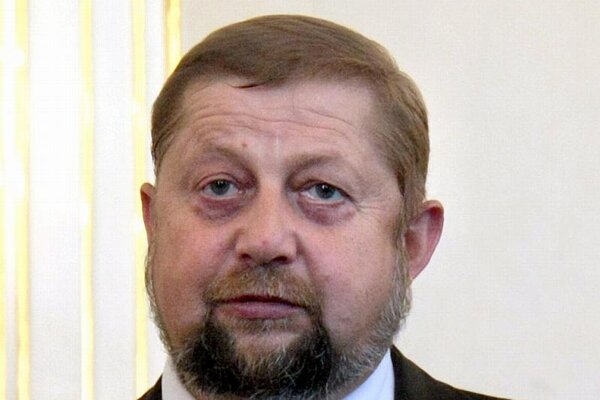 SUPREME Court President Štefan Harabin, who previously served as the country’s justice minister, is to lose his bodyguard. Interior Minister Daniel Lipšic, a nominee of the Christian Democratic Movement (KDH), said that protecting Harabin is costing Slovakia’s taxpayers far too much money: approximately €167,000 a year. Lipšic also argues that previous Supreme Court presidents have never had full-time protection. But Lipšic’s predecessor Robert Kaliňák was quick to attribute the minister’s move to what he called Lipšic’s personal antipathy towards Harabin. Lipšic and Harabin have long been political adversaries.

The removal of Harabin’s bodyguard prompted a sharp response from his office. Lipšic, it said, by proposing to cancel his personal protection must take full moral and political responsibility for Harabin’s security, the Office of the President of the Supreme Court said in a statement on July 14.

“In Harabin’s case, the security risks have not been analysed at all, as he has received threats in the past,” the office wrote, as quoted by the SITA newswire. “Perhaps physical liquidation is one way to get rid of an opinion opponent, who is among those judges who have imposed the most life sentences on murderers.”

Lipšic, however, has taken issue with the costs being incurred by Harabin’s office and the fact that the court president even enjoyed protection during recent foreign trips to Australia, Brazil and China. He noted that Supreme Court presidents had not enjoyed any formal protection before 2008 and that bodyguards were assigned to Harabin only after he moved from the Justice Ministry to the court.

Kaliňák, the previous interior minister and now an MP for the opposition Smer party, piled into the debate by saying it is not logical that judges of first instance at the Specialised Criminal Court have bodyguards but that not even the management of the appellate Supreme Court can have protection.

The Specialised Criminal Court is the successor to the Special Court, set up by a previous centre-right government to try cases involving organised crime and high-level corruption. The Special Court was ruled unconstitutional after a case was brought against it by members of the political party (the Movement for a Democratic Slovakia, or HZDS) which nominated Harabin as justice minister. Harabin himself has been consistently critical of the court.

When they assumed power from the previous government, the leaders of the present ruling coalition stated that addressing problems in the judicial system was likely to be among their first measures, both practically and symbolically.

“The symbolic importance of such legislation would be that it would make clear what was going on here, when [Supreme Court President] Štefan Harabin concentrated power around himself, with support from [former prime minister Robert] Fico,” political scientist and president of the Institute for Public Affairs think tank Grigorij Mesežnikov said in an earlier interview with The Slovak Spectator.

Measures in the judicial area set out by the new government’s programme statement include personnel changes in the judiciary, dealing with judges’ conflicts of interest so that it is not possible to switch between judicial and executive posts without restriction, reform of the Judicial Council and its separation from the Supreme Court (Harabin currently heads both), and cancellation of the Judicial Council’s power to initiate disciplinary proceedings against judges.

Lipšic is far from Harabin’s only critic; indeed the voices of dissent have in the last year grown into something of a chorus. In September 2009 an open letter was signed by 15 judges who warned of what they called abuse of disciplinary proceedings against certain judges, often critics of Harabin; shortly afterwards, 105 judges signed the “Five Sentences” petition to initiate a serious debate about the state of the judiciary in Slovakia. Earlier this year, the initiative For an Open Judiciary emerged in response to what its founders called political intervention, lack of transparency and the misuse of disciplinary proceedings, among other issues.

Back in September 2008, the then opposition parties, at the initiative of Lipšic, launched an attempt in parliament to have Harabin sacked from the post of justice minister for what Lipšic called Harabin’s friendly ties with Baki Sadiki, an Albanian man living in Slovakia who has been accused of involvement in the heroin trade and who has been convicted of crimes including illegal possession of firearms. After Harabin denied knowing Sadiki the local media, including the Sme daily, printed a transcript of a 1990s phone conversation in which Sadiki asks Harabin how his son is doing and Harabin asks whether Sadiki is already home and whether he had arrived safely.

The motion of no-confidence in Harabin was ultimately defeated by the then ruling coalition parties.

In a separate move, Harabin’s wife, Gabriela Harabinová, was this week sacked from her position at the Justice Ministry at the initiative of new Justice Minister Lucia Žitňanská, a nominee of the Slovak Democratic and Christian Union (SDKÚ). No official explanation was given for her dismissal. Harabinová was originally appointed shortly after her husband left the Justice Ministry to become president of the Supreme Court.