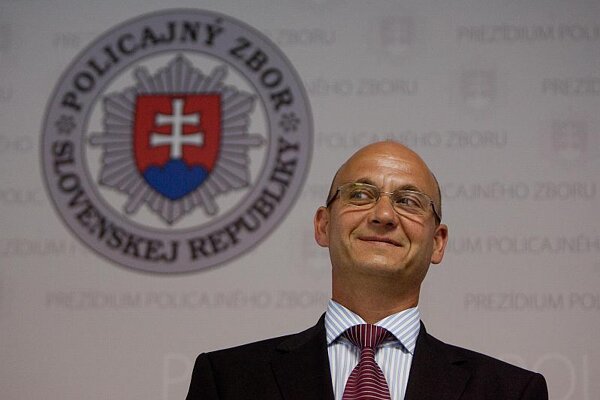 Spišiak began working for the police in 1988 in the town of Dunajská Streda in southern Slovakia. He later studied at the Police Academy and after graduation worked as a police lawyer at district headquarters in Dunajská Streda, becoming director of the internal department. He then moved to the Police Corps Presidium where he dealt with financial crime. In 1998 he became district police director in Dunajská Streda.

Spišiak acquired a reputation for fighting organised crime in the aftermath of a massacre involving the Papay crime gang in Dunajská Streda in 1999. He is credited as having done an excellent job of investigating the murders, as well as solving other mafia crimes in the district.

Spišiak became the vice-president of the Police Corps on October 1, 2001. He remained in the position until August 2006, when he was recalled by then-interior minister Robert Kaliňák. Spišiak subsequently quit the police and according to media reports, has since been head of security at Slovnaft, the Bratislava-based crude oil refiner.

Lipšic said when presenting his nomination that he chose Spišiak because he had always come up with good results in his work. The choice was also made with the post-election priorities of the Interior Ministry in mind, one of which is to fight against organised crime and corruption, the SITA newswire reported.

Spišiak said that he had no choice but to accept the offer. “If I did not accept it I would go on suffering all my life. And I don’t want to suffer. Let those who deserve it suffer,” he said, as quoted by SITA.

The government also appointed Karol Mitrík as the new head of the SIS, Slovakia’s intelligence service. Karol Mitrík is a former MP and mayor of Spišská Nová Ves in Košice region.

Mitrík’s nomination was proposed by Prime Minister Iveta Radičová. She said that she took several criteria into account during the selection process, such as “character, probity, political experience, loyalty, dedication to ideas and values – and a straight spine”.

Radičová said that she is concerned that the person should have a spotless past and can be trusted to not misuse acquired information after leaving the post.

The 63-year-old Mitrík is a manager by profession and a graduate of the University of Agriculture in Nitra. He was twice mayor of Spišská Nová Ves between 1994 and 2002 as a Christian Democratic Movement (KDH) nominee. He was also a founding member of the Slovak Democratic and Christian Union (SDKÚ), Radičová’s party, and served as head of its Košice regional branch until January 2006. He sat as an SDKÚ MP between 2002 and 2006, and served as a member of the parliamentary committees for public administration, special supervision of the secret services and for military intelligence. In the 2006 election, he ran for parliament on the SDKÚ list, but in 94th spot, from which he was not elected. He has been the co-owner of a company called DND Trade since April 2010.