Heads may roll over land swap

WHILE the managers of some state-run enterprises might be reshuffled as part of the routine post-election political power change, heads at the Bratislava Airport could roll over a last minute land swap deal cooked up with a private company. 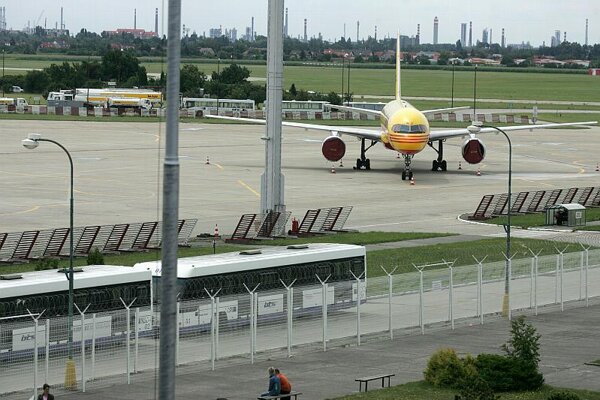 WHILE the managers of some state-run enterprises might be reshuffled as part of the routine post-election political power change, heads at the Bratislava Airport could roll over a last minute land swap deal cooked up with a private company.

The National Property Fund (FNM) which owns a 52-percent majority share in Milan Rastislav Štefánik Airport will request a shareholder meeting in order to have the management sacked.

The property fund acted upon an initiative by Transport Minister Ján Figeľ, who insisted that the suspicious land swap at the airport calls for in-depth scrutiny.

On June 2, shortly before the parliamentary elections, Bratislava Airport signed a deal exchanging land with the Airport Parking, a firm close to business tycoon Vladimír Poór.

The airport thus handed over 16,000 square metres of land worth €2.7 million, based on an official estimate. The land is in front of the new terminal, the Sme daily reported on August 2.

Airport Parking is expected to build a parking garage and an administrative building on the land. In return, the airport has received several parcels of smaller and less attractive land, along with land plots next to the runway.

In total, those parcels include 36,000 square metres worth €2.8 million. According to Sme, the private firm was also expected to pay €90,000 but ten days after the election the debt was forgiven.

Former minister of transport Ľubomír Vážny defended the deal, describing it as a standard land swap for which the airport did not need any cash since it lacked money.

Yet, his successor Figeľ has expressed doubt about the deal, suggesting that it raises questions about both the transparency of the process and whether or not the deal was advantageous for the airport, SITA newswire wrote.

The Transport Ministry owns a 48 percent share of the airport. Figeľ met on August 4 with head of the board of directors of the airport Zdeněk Schraml, but the minister said he had not been given any new information.

The strategic plots in question previously all belonged to the state, but last year a court decided that they belonged to the Milosrdní Bratia church, which owned the land before the communist period. Following restitution, the church immediately sold the plots. Over the past year, the plots have changed hands several times, Sme reported.

The new government in fact wants to open up the airport to a strategic partner, according to the government’s programme statement.

A privatisation deal allowing the the TwoOne consortium, made up of Vienna Airport, Austria’s Raiffeisen Zentralbank, and Slovak private equity group Penta Investments, to enter the ownership and management of Bratislava Airport was cancelled shortly after the previous government took power.