SLOVAKS have grown tired of hearing bleak numbers and gloomy prospects about their country’s economic performance so there was a pleasant surprise for citizens and market watchers in the second quarter of this year as Slovakia’s economy posted the best GDP growth among all countries in the European Union. 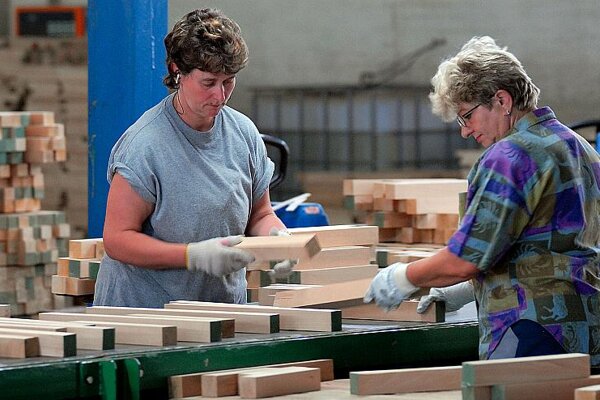 SLOVAKS have grown tired of hearing bleak numbers and gloomy prospects about their country’s economic performance so there was a pleasant surprise for citizens and market watchers in the second quarter of this year as Slovakia’s economy posted the best GDP growth among all countries in the European Union.

The growth, even though still less than the levels that earned Slovakia the ‘Tatra tiger’ sobriquet, looks set to remain strong for the rest of the year. Slovakia probably owes a debt of gratitude to Germany, since that country’s energising economy, a significant trade partner for Slovak businesses, certainly helped to generate the nearly 5-percent pro rata jump in Slovakia’s GDP.

In the second quarter, the country’s GDP grew by 4.6 percent year-on-year, following just slightly stronger growth of 4.8 percent in the first quarter, according to a flash estimate released by Slovakia’s Statistics Office on August 13. Total GDP in the second quarter reached €16.340 billion.

“The ongoing strength of the growth in the second quarter real GDP in Slovakia was, overall, more of a positive surprise,” Vladimír Vaňo, chief analyst with Volksbank told The Slovak Spectator. “Nevertheless, it fell in line with news of a more than salient recovery of Slovak export performance and hence also remarkable growth in Slovak export-driven industry.”

In the first half of 2010, Slovak exports increased on average by 20.7 percent year-on-year, accounting for a similarly stellar recovery in Slovakia’s annual industrial production by an average of 22 percent in the first six months, Vaňo noted.

“Compared with expectations of other market watchers of around 4 percent year-on-year and our estimate of 4.3 percent, the year-on-year growth of GDP was faster than expected,” Martin Lenko, senior analyst with VÚB Banka, said.

Juraj Barta of Slovenská Sporiteľňa bank was quick to point out that Slovakia should give thanks for its better than expected performance at least in part to Germany. “The main reason is the faster recovery of the German economy, which has pulled along our industrial production and exports,” Barta told The Slovak Spectator.

Though the detailed structure of the growth in Slovakia’s GDP is not fully known yet, Lenko expects that the increase was pulled along by Slovakia’s export-oriented industries while an increase in foreign demand and an increase in stock levels added to GDP growth as well.

Lenko said that household consumption in Slovakia probably recorded only a moderate increase in the second quarter, similar to its performance in the first quarter, due to the country’s high unemployment rate which is falling only very slowly.

“Slovak quarterly expansion of 1.2 percent quarter-on-quarter runs ahead of results of similarly open economies of the Czech Republic or Hungary,” Vaňo said. “However, the overall eurozone economy, a destination for roughly half of Slovak exports, recorded a quarterly real growth of 1.0 percent in the second quarter. In other words, recovery of the export markets alone does not suffice in explaining the resilience of the Slovak economy.”

According to Vaňo, gauging from these comparisons as well as from the strength of the recovery in industrial production in the first half-year together point to Slovakia continuing to reap the benefits of euro introduction via a more resilient economic recovery. He believes this is explained by a competitive edge brought to Slovak exporters by the euro through lower interest rates but more importantly because of exchange rate stability and significant savings in the administrative costs of foreign trade.

Slovakia’s central bank, the NBS, predicts that the country’s economy will grow at a rate of 3.7 percent in 2010 and at 4.3 percent next year. The country’s Finance Ministry has a slightly more conservative growth estimate of 3.2 percent for 2010 and 3.8 percent for 2011. The Slovak economy contracted by 4.7 percent in 2009 after recording robust growth exceeding 6 percent during most years since 2000.

Lenko expects that the Slovak economy will continue growing in the second half of 2010, albeit at a slower tempo.

“The faster than expected growth of GDP in Slovakia, and also in Germany, in the first half of the year is forcing us to revise the estimate of annual growth of GDP in 2010,” Lenko said. “We estimate that growth in real GDP will reach an average of 4.2 percent year-on-year in 2010 as opposed to our original estimate of 3 percent.”

According to Vaňo, the upbeat second-quarter results put the originally optimistic forecasts of 3 percent annual growth in the Slovak economy on a stronger footing.

“The gradual rise of last year’s base for comparison purposes should contribute to a lessening of annual increases in subsequent quarters; nevertheless the risks to negative surprises are gradually diminishing, especially thanks to convincing signals of the better resilience of the German economy,” Vaňo said.

Barta also expects that Slovakia’s economy will keep its vigour and perform much better over the whole year than originally expected. He does not think that any austerity measures that may be instituted by the government, such as cutting public spending, will have a significant negative impact on the economy.

Vaňo said that it seems increasingly likely that most of the consolidation of public finances will not take place before 2011 and thus the negative impact on this year’s economic performance would not be pronounced.

“Government spending amounted to only about 16 percent of GDP in the first quarter,” Vaňo said. “Obviously, fiscal consolidation – once it materialises - would chop part of the growth, but for a small, open economy such as Slovakia’s, the health of public finances is paramount to any considerations regarding the marginal negative drag that consolidation would exert on otherwise salient growth figures.”

The rosier growth numbers for Slovakia’s GDP have not yet been reflected in significant job growth in the country’s labour market.

Vaňo explained that in the past year the level of industrial activity dropped more than the level of employment, resulting in lower labour productivity. As external demand revived, the export-driven industries had spare capacities that they were able to utilise, Vaňo said, and by increasing labour productivity, Slovak industry was able to record growth in production even without immediately creating new jobs.

“When Slovakia last experienced a mild recession in 1999, the registered unemployment only peaked in January of 2001,” Vaňo said. “While one might rush to easy textbook conclusion about a theoretical time lag between economic recovery and revival of job growth, one should also keep in mind that historically, over the past 20 years, Slovakia was able to record a mild pace of economic expansion of up to about 4 percent in real GDP growth even without a notable growth in jobs. Hence only a mild recovery – already coupled with increasing productivity – does not guarantee swift or early job creation.”

On the other hand, Vaňo added that improved productivity bodes well for Slovak business competitiveness and hence in a way is insurance against any further significant increase in levels of unemployment. “The drop of employment in the second quarter by 2.3 percent year-on-year shows the weakness of the labour market,” Lenko said. “But here too, the situation is no longer worsening because in the first quarter employment dropped more significantly, by 3 percent, when compared to the previous year.”

According to Lenko, the revival of the economy has been at least partially reflected in labour market statistics: the country’s unemployment rate dropped from 13 percent in February 2010 to 12.3 percent in June.