OVER the centuries humans have forced the Danube River into rigid banks to prevent its flooding from endangering people living nearby. Humans have harnessed the Danube’s waters to ship goods to and from the North and Black Seas and built dams to generate electricity – leaving only small parts of the river untouched and in its original rough, and sometimes also destructive, beauty. One such stretch is just across Slovakia’s border in Austria, at the Donau-Auen National Park. While visitors from Slovakia have been welcomed by the park administration for some time, this year is special because Slovakia, as one of countries sharing the Danube, is the park’s guest country for this season. 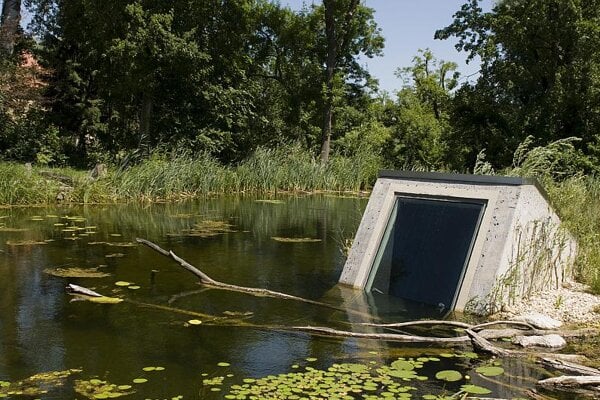 OVER the centuries humans have forced the Danube River into rigid banks to prevent its flooding from endangering people living nearby. Humans have harnessed the Danube’s waters to ship goods to and from the North and Black Seas and built dams to generate electricity – leaving only small parts of the river untouched and in its original rough, and sometimes also destructive, beauty. One such stretch is just across Slovakia’s border in Austria, at the Donau-Auen National Park. While visitors from Slovakia have been welcomed by the park administration for some time, this year is special because Slovakia, as one of countries sharing the Danube, is the park’s guest country for this season.

“Each year we invite one of the countries through which the Danube flows to make presentations in our national park,” Igor Stahl, the head of the Donau-Auen National Park’s visitors' centre in the village of Orth told The Slovak Spectator, adding that Serbia was the guest country last year. There are two main events that are being held on this occasion: the exhibition Danubius Fluvius – Danube Images in the Flow of Time, on display at the park, and the Slovak Danube Fest to be held at the park’s centre on September 5.

The Danubius Fluvius exhibition is a result of cooperation between 14 museums from Slovakia and Hungary and its centrepiece is, of course, the Danube River. It is shown in different ways, including via historical maps and photographs as well as through artefacts from the lives of people living or working on or near the Danube. The exhibition has already been presented in Budapest, Bratislava and in Komárno in its entirety but due to space limitations the exhibition in Orth had to be trimmed down a bit. In the local castle in which the national park’s centre is housed, the exhibition spreads through three floors of one of its towers and shows how life along and on the river used to look. The exhibits informs about panning for gold, different ways of fishing, recurrent river floods, and the building of water mills as well as about the open-air pools or propellers in Bratislava.

Visitors can learn from a Bratislava guidebook from 1957 that “the Danube River has relatively cold water. Only during the hot days in July and August and in early September, when the temperature of the water climbs above 17.5 degrees, is it possible to stay in the river for a longer period of time without danger of a spasm”.

Or visitors can watch a now classic film about Cormorants Island by prominent Slovak filmmaker Pavol Bielik from 1944. This island, known as the only breeding place of cormorants in former Czechoslovakia, no longer exists as it was flooded during construction of the Gabčíkovo hydropower station.

The Slovak Danube Fest on September 5 will be presented in the form of family festivities with an extensive programme for all age groups.

“Slovakia will be represented with its folk music, traditional handicrafts, as well as its culinary specialities,” said Stahl. There will be various special programmes, tours and activities where everybody can learn something about Slovakia and the region, as well as about the Danube. The event will start at 10:00 and will last to at least 18:00.

The national park, which spreads along approximately 36 kilometres of the Danube River and covers 93 square kilometres of riparian forest, meadows as well as the river and its arms, dates back only to 1996. Its launch actually came in the aftermath of intense protests by conservationists against a hydroelectric dam project in 1984 proposed to be built close to Hainburg as an addition to the existing chain of hydropower stations along Austrian’s stretch of the Danube. The dam, planned to be the largest in Austria, would have eliminated the very last free-flowing part of the river east of Vienna and caused the death of the Danube wetlands.

Now, the wetlands remain sheltered from commercial use in order to allow their ecosystem to develop as freely as possible. Moreover, the national park is trying to reduce as far as possible the damaging human influences which worsened the natural state of the area. These include reopening cut-off side arms of the Danube and returning the riverbanks to broad, gravel areas so that birds can nest there again.

The geographical as well as the administrative centre of the park is in the village of Orth an der Donau. The park holds its permanent and temporary exhibitions in the village’s Baroque castle and organises tours and other educational programmes for schools or other visitors from this centre.

The best way to learn more about the wetlands and the natural park is to visit the centre's permanent exhibition, DonAUräume, which presents information in a thoughtful and amusing way.

First, visitors can see and participate in a small production in the centre’s theatre, whose design was inspired by the Baroque theatre in Český Krumlov. Here they learn the basics about the Danube wetlands, how they are formed, and what the never-ending cycle of formation and destruction of wetlands looks like. In the next room, a time machine makes millions of years pass by within minutes and shows the upsurge of the European continent and the formation of the Danube, the second-longest river in Europe, as well as its many metamorphoses through history. The third room, with a 40-square-metre aerial map of the national park and its vicinity, is very popular with school children.

“Here one thing is not visible – no borders can be seen,” said Stahl, smiling, during a recent assemblage of visitors, adding that after donning special slippers visitors can walk on the map and get a close, birds-eye look. Within multiple drawers in the room there are various ‘teaching aids’ which help guides to explain more details about the park and the river, such as how floods occur.

In the final room visitors receive information about the plants and animals that can be found within the national park and the other types of activities that await them.

“We are not oriented towards business,” said Stahl, adding that apart from protection, restoration and research of nature, another important task of the park is education and building awareness of the importance of environmental protection. The park runs a number of projects for schools, ranking from short excursions up to weeklong stays within the national park.

Even though most visitors come from Austria, about 5 percent of the paying visitors are from Slovakia. The number of schools from Slovakia arranging visits to the park has also been increasing and Stahl said the park would like to welcome even more Slovaks.


Schloss Orth (Orth Castle) started to serve as the gateway to the wetlands and its visitors' centre only in 2005, after its reconstruction.


“But after two years we realised that the [indoor] exhibition space was not enough and we launched Castle Island (Schlossinsel),” said Stahl. At the island visitors can find small wetlands with typical trees and artificial lakes which are home to the European pond turtle, the only turtle indigenous to Austria. The main attraction of Schlossinsel is the underwater observatory, a window to the underwater world of a former Danube River branch. The European mudminnow also lives in the lake there.


“We found out that the European mudminnow is living in the national park; it had been thought that this native species was already extinct in Austria,” said Stahl.