‘Maria Theresa’s bridge’ to be rebuilt

SLOVAKIA’S Devínska Nová Ves and Austria’s Schlosshof will again be joined across the Morava River by a new bridge. 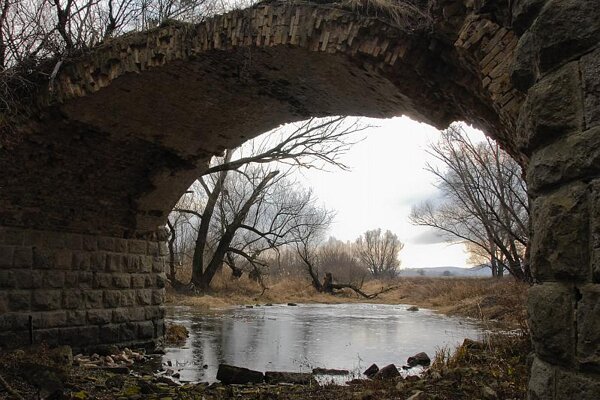 Remains of the 1880 bridge over the Morava. (Source: Jana Liptáková)
Font size:A-|A+

SLOVAKIA’S Devínska Nová Ves and Austria’s Schlosshof will again be joined across the Morava River by a new bridge.

Both countries have agreed to the project, which will bridge the river that served as part of the Iron Curtain separating the two towns for decades.

The bridge will be constructed at the exact spot where a bridge used to stand that once brought Empress Maria Theresa, when living at Schlosshof, closer to her beloved daughter Maria-Christina who lived with her husband, Albert of Saxony, in Bratislava, or Pressburg as it was then known.

The new bridge, designed primarily to serve cyclists and pedestrians, should be ceremonially opened in the spring of 2011.

As well as rejoining the two countries, it will offer a unique vantage point to view the precious nature of the area’s wetland forests. The bridge will be 525 metres long, with 330 metres on the Slovak side of the border.

The construction costs are projected at €5.16 million with Niederösterreich, the State of Lower Austria, contributing €2.37 million and Slovakia providing the rest, Development news Slovakia wrote.

The past link between the villages of Devínska Nová Ves and Schlosshof has an interesting history.

In 1771, Empress Maria Theresa ordered the building of a wooden bridge connecting the two banks of the Morava River.

This bridge was then damaged during the Prussian wars and was repaired again after the peace treaty. Since 1880 – when it was again destroyed by ice blocks – only boats and ferries have crossed this spot on the river, according to the website of the Tourism Information Office in Devínska Nová Ves. But remnants of the historical bridge can still be seen today.

During the times of Austro-Hungarian monarchy, there were as many as 24 bridges joining the regions of Marchfeld in today’s Austria with the Záhorie region in today’s Slovakia.