THE VILLAGE of Budmerice, which lies under the Small Carpathians near the castle of Červený Kameň, was one of the municipalities belonging to the noble Pálffy family. 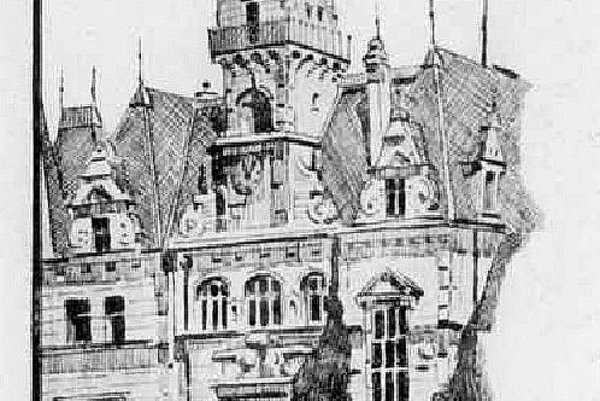 THE VILLAGE of Budmerice, which lies under the Small Carpathians near the castle of Červený Kameň, was one of the municipalities belonging to the noble Pálffy family.

In 1889, Ján Pálffy ordered the construction of the manor house shown on this postcard, which dates from after WWII.

The Pálffys, like other noble families, were prodigious builders. As fortified castles began to lose their defensive role, the aristocracy tended to move to the areas below their fortified castles where they constructed comfortable mansions or manor houses, as did the Pálffys with this manor house.

Although the house in Budmerice looks quite grand it is not architecturally significant. Rather, it commemorates a family that was once crucial in the history of the Habsburg Empire.

The Pálffys came to Upper Hungary in the 16th century from Slavonia (part of present-day Croatia), at first owning just Čabraď Castle and a manor house in Želiezovce in Slovakia. The family sought, and successfully obtained, key positions in the Hungarian kingdom.

The most important Pálffy was Mikuláš, who in the 16th century became the administrator of Pressburg (present-day Bratislava) and the captain of Pressburg Castle. After he married Mária Fugger, a member of another rich noble family, the couple took possession of Červený Kameň and became one of the wealthiest families in Europe.

This postcard is interesting in that it was sent in 1949, one year after the communists came to power in Czechoslovakia. Its stamp, not shown, features Klement Gottwald, the first communist president.

The manor house is called the House of Writers on the postcard – and it still serves this purpose.

Of course, there is no mention of the Pálffy family, as the communists tried to erase the names of all influential aristocrats from Slovakia’s history.