Slovakia broadens its investor appeal away from just low wages

SLOVAKIA’S economy is deeply inter-connected with the German economy. Germany is the biggest trade partner of Slovakia and it also ranks among the five biggest investors in the country. So recent positive news about economic growth in Germany has bolstered the positive outlooks of local analysts in terms of Slovakia’s future economic development too. 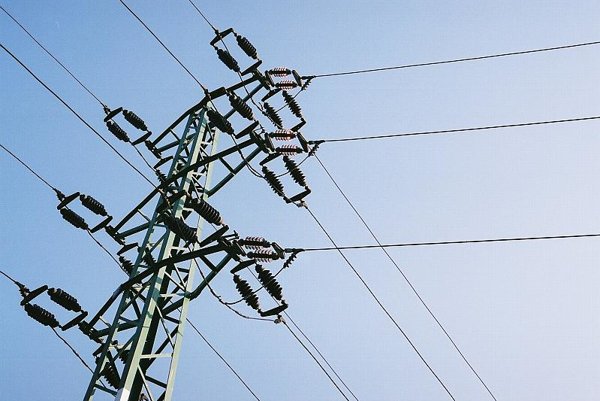 SLOVAKIA’S economy is deeply inter-connected with the German economy. Germany is the biggest trade partner of Slovakia and it also ranks among the five biggest investors in the country. So recent positive news about economic growth in Germany has bolstered the positive outlooks of local analysts in terms of Slovakia’s future economic development too.

The high level of Slovak-German economic relations is highlighted by the extensive scope of cross-border cooperation, with over 400 companies established so far in Slovakia with the participation of German capital, thus proving the attractiveness of Slovakia to the German business sector.

During the recent economic crisis, many German companies in Slovakia had to cope with a steep fall in demand and output on world and domestic markets.

“They had to deal with significantly lower turnover,” Markus Halt, spokesperson for the German-Slovak Chamber of Industry and Commerce, told The Slovak Spectator. “Lower employment and investment activities were the results. A survey among German investors [in Slovakia] conducted in spring 2009, however, showed that they still considered themselves to be performing better than the overall economy. Due to the economic recovery in the past months, the expectations of German companies have improved again. In this year’s survey more than 40 percent of surveyed investors expected better business opportunities.”

Roland Westebbe, the head of the press department at the German Embassy, confirms that the Slovak economy is recovering quickly, and helping German companies in the process.

“In the first half of 2010, economic growth in Slovakia has been above 4.5 percent and German companies clearly profit from this positive trend,” said Westebbe.

Currently, there are more than 400 companies with some share of German capital operating in Slovakia; they employ 86,000 people. However, economic co-operation between Slovakia and Germany still has much potential.

German companies are particularly engaged in the Slovak automotive, machinery and metallurgy sector as these branches are traditional and important industries in both countries, according to Halt. The transport and logistics branch as well as the insurance and energy sectors also reflect the strong participation of German firms.

“The Slovak automotive industry and its supplier branches continue to draw the attention of export-oriented companies in Germany,” said Halt, adding that its potential is still not fully tapped, in particular for smaller and medium-sized businesses. “Another area in which German-Slovak cooperation will gain importance is renewable energy. Due to the mediation of the German-Slovak Chamber of Industry and Commerce some renewable energy cooperation projects have already been established in Slovakia. Something similar can be said about technologies for increasing energy efficiency.”

Apart from these, there are a growing number of Slovak companies interested in selling their products on the German market.

According to the Czech-German Chamber of Industry and Commerce, Slovakia is currently the fourth most attractive country for German investors in central and eastern Europe, though its position has slipped from number two last year. Halt said this decline should not be overstated. According to him, it resulted from a significantly better rating for Poland, whose economy has performed excellently during the economic crisis, and from Slovenia gaining a slightly better mark than Slovakia.

“Slovakia still remains an interesting market for German companies,” said Halt, adding that this is also in spite of the shrinking advantage of cheap labour. “The cost of labour is only one factor when making investment decisions. The Slovak economy has turned out to be very dynamic and has emerged with a strong industrial structure. Its favourable geographical position has even animated some larger companies to install trade and service centres for the whole of central Europe in Slovakia. With the euro the country has another unique advantage in the region. Investors consider the common currency to be a major benefit.”

Westebbe listed among the main advantages of Slovakia skilled and comparatively inexpensive labour, its central geographic location, membership in the EU and eurozone, and competitive taxes.

“Although Slovakia is not a typical low-wage country any more, labour costs in Germany compared to Slovakia are roughly 300 percent higher,” Westebbe said. “This continues to be an advantage for Slovakia, although the gap between Slovak and German wages will further narrow in the future.”

According to information from the Slovak Economy Ministry, Germany has been among the top five most important investors in Slovakia for many years. The latest available aggregate figures show that the total amount of capital and reinvested profit of German companies in Slovakia amounted to €3.474 billion by the end of 2008. The preliminary data for 2009 show an inflow of foreign investments from Germany of €67.5 million.

In spite of the economic downturn German companies decided to invest in Slovakia: among the most important projects is the €300-million Volkswagen Group programme to manufacture its New Small Family range of cars at the Bratislava VW plant; and E.ON’s construction of a combined-cycle gas turbine co-generation plant in Malženice, a project worth about €400 million.

Germany is a world leader in the production and use of renewable energy, and since the Slovak renewable energy sector is still in a build-up phase so German firms see great potential here.

“Slovakia’s share [of renewable energy] in national energy consumption has risen continuously in recent years but is still not comparable to the level in Germany or Austria,” said Halt. “So far, the biggest progress has been achieved with the use of biomass and hydropower. Photovoltaic is on the rise, but it is currently unclear how it will develop further, as the approval of the authorities is rather restrictive.”

Germany launched a successful support programme 10 years ago which has substantially contributed to the development of green technologies there. Slovakia has already started to import these technologies, according to Halt. The German-Slovak Chamber of Industry and Commerce organised several events which contributed to the deepening of Slovak-German cooperation in the fields of renewable energy. Through different symposia and business trips focusing on biomass and biogas, as well as geothermal and solar energy, German producers have had the opportunity to establish contacts with Slovak companies.

“Slovakia has rich resources for utilising renewable energy but lacks suitable technologies,” said Halt. “These can be provided by German companies which are among the world’s leading suppliers. Last June the chamber arranged another symposium on energy efficiency. The Slovak economy still consumes too much energy whereas Germany has a better account due to its deployment of low-energy consuming equipment.”

With regards to the future, Westebbe sees research and development (R&D) as having potential.

“Several German companies are planning to develop R&D facilities in Slovakia,” said Westebbe. “The step from production to R&D will be a further qualitative advance in the German-Slovak economic ties.”

German investors regard the poor state of infrastructure in central and eastern Slovakia, the unsatisfactory enforcement of laws, the lack of transparency in public tenders and the rather low quality of vocational training as barriers to doing business in Slovakia, according to Halt. The availability of skilled labour could become another major concern if economic growth continues to accelerate.

Westebbe pointed to the progress that Slovakia has made in reducing these barriers.


“In the last decade, Slovakia has had a very impressive track record of economic and political development,” Westebbe said. “German investors are optimistic that the challenges of further improving the highway infrastructure and the transparency and efficiency of public administration will be met.”

When referring to the country’s advantages, German investors identify Slovakia’s membership of the European Union, according to Halt. They are satisfied with employees’ willingness to perform, and their qualifications. The tax burden is considered to be relatively low. The euro has become one of the main advantages since last year, whereas the availability of skilled labour, once a convincing criterion in favour of the Slovak economy, has in some areas turned into a negative factor in recent years.

In the first decade of Slovak-German business relations, the main advantage for German investors was low wages, said Westebbe. However, the wage differential between Germany and Slovakia has narrowed from 1 to 10 (1995) to about 1 to 3 (2010), he added.

“Today, the quality of Slovak labour, the competitiveness of Slovak taxation and the integration of Slovakia into the EU, the euro and Schengen zones have become equally weighty arguments in favour of Slovakia,” said Westebbe.

“In 1998 Germany advanced into first position in terms of Slovakia’s foreign trade and since then it has kept this position, with a significant lead,” Dagmar Hlavatá, from the press department of the Economy Ministry, told The Slovak Spectator, citing the ministry’s international trade department.

The upward trend in foreign trade between the two countries was shaken only by the global financial and economic crisis, according to Hlavatá. Year-on-year comparison of figures shows a drop in Slovakia’s exports to Germany of 18.4 percent during 2009. In terms of imports from Germany, the drop was as deep as 30.3 percent during the same year.