A DECISION has been made after a laborious multi-hour debate within Slovakia’s four ruling parties: the country’s VAT rate will climb from 19percent to 20 percent and will remain at that level until the country’s public finance deficit falls under 3 percent of GDP. 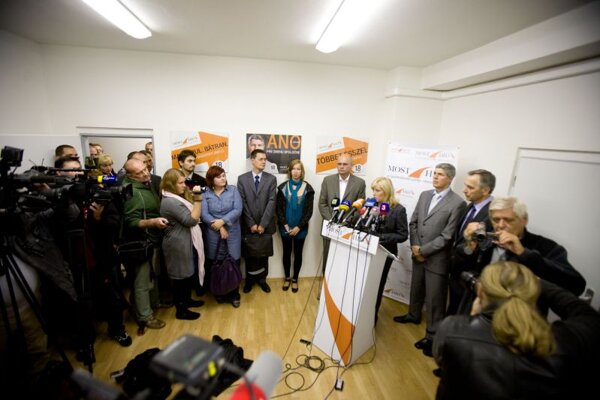 VAT should increase by one percentage point to 20 percent. (Source: SITA)
Font size:A-|A+0

A DECISION has been made after a laborious multi-hour debate within Slovakia’s four ruling parties: the country’s VAT rate will climb from 19percent to 20 percent and will remain at that level until the country’s public finance deficit falls under 3 percent of GDP.

The increase in VAT rate was quickly dubbed as “Fico’s tax” by the ruling coalition parties. The increased tax rate is projected to bring about €160 million additional revenue to the state coffers, the Sme daily reported.

Prime Minister Iveta Radičová stated that the tax increase would not push up prices in Slovakia.

“Experience shows that a 1-percent hike in VAT will not be reflected in prices; it is only increasing revenues to the state budget,” Radičová said, as quoted by Sme.

Originally, Finance Minister Ivan Mikloš and Labour Minister Jozef Mihál had proposed to increase state revenues by modifying the country’s income tax and payroll tax system. But this plan was put on hold after Radičová declared that compulsory social and health insurance taxes will not be increased, at least for now. However, some of what Mikloš and Mihál called “unsubstantiated exemptions and other deformations” in the country’s tax system will be modified.

The tax exemption currently enjoyed by Slovaks who participate in special-purpose savings plans, who purchase life insurance, and those who make additional personal contributions for pension savings are expected to be scrapped.

As for the €900 million in spending cuts, Radičová said that it will come from various areas, including a much-discussed 10-percent reduction in wages in public administration, tighter public procurement rules, and the postponement of regional projects which do not have a top priority.
An increase in the rate of VAT had been strongly opposed by the Freedom and Solidarity (SaS) party.

“We look at it as a compromise,” SaS leader Richard Sulik said. “We have unambiguously been against hiking VAT.”

He added, however, that his party is taking into consideration the high public finance deficit and this is why his party nodded to the increase. Sme wrote that Sulik said he does not look at it as breaking promises given to voters during the election campaign because it is only a temporary decision.