WITHOUT a Facebook profile you don’t exist – that’s a saying that has found its way into the lexicon of Slovakia too. Following that logic, there has been a resurrection of sorts in Slovak politics as about half of the current cabinet members can now be considered to exist. Following the June national election many more political leaders are now online, as opposed to the previous government whose ministers kept their distance from online social networks. 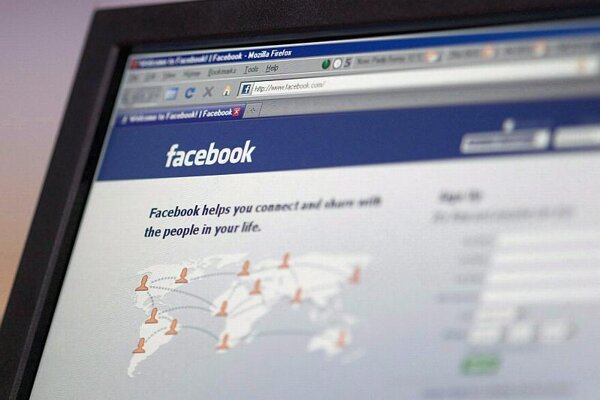 WITHOUT a Facebook profile you don’t exist – that’s a saying that has found its way into the lexicon of Slovakia too. Following that logic, there has been a resurrection of sorts in Slovak politics as about half of the current cabinet members can now be considered to exist. Following the June national election many more political leaders are now online, as opposed to the previous government whose ministers kept their distance from online social networks.

Many of the leading politicians of the current ruling coalition, and particularly first-time MPs, are active users of online social networks and aggressively used this communication method during their election campaigns. The Slovak Spectator spoke with Tomáš Bella, an expert on new media with the NextBig consulting company and a former editor-in-chief and deputy director of www.sme.sk about the trend in Slovakia for elected officials to use Facebook and internet blogs as tools for communicating with citizens.

The Slovak Spectator (TSS): Before the Freedom and Solidarity (SaS) party appeared on the Slovak political scene, communication via social networks and blogs was rather marginal among political parties. That changed very much prior to the 2010 election and now many MPs and ministers have their own Facebook profiles and update their blogs regularly. Would you say it was SaS that actually introduced this kind of communication here or would politicians have been forced to make more use of the internet anyway?
Tomáš Bella (TB): SaS wasn’t the first political party to start using blogs or Facebook; there had been many such attempts before but most times they did not work. Nobody believed the older politicians, who often seemed like they didn’t even know how to turn on a computer, and what they wrote in their blogs wasn’t interesting in any way and they did not seem natural on the web.

SaS is different thanks to the fact that many of its members had first become recognised personalities on the web and only afterwards went into politics. That way, the political messages they were gradually added into their communications were natural and people accepted them.

Using Facebook is thus in many respects simply a question of a generational change in politics.

TSS: What is your opinion about the way SaS does its political marketing on social networks and via blogs? Do you approve of their approach to practically flood the ‘Slovak internet’ with their posts?
TB: Many people found the intensive campaign that SaS pursued on the web annoying, but I don’t believe it was unethical. SaS simply has more members and sympathisers for whom the internet is a natural choice among other media and they had more energy and ideas about how to use it.

On the other hand, some other political parties came up with things like fictive identities of their fans on the web. Those fictive fans would then write, under fake names, blogs supporting the party’s statements. These are methods that are much more disputable, but they are less visible and they weren’t discussed that much in public.

TSS: Which of the Slovak political parties (or individual politicians) are using online communication tools in a good way? And which of them, on the other hand, are lagging behind?
TB: A good example of a politician’s relation to the web which you wouldn’t be able to find in Slovakia about half a year ago is Labour Minister Jozef Mihál. He is incredibly active on Facebook – he creates fan pages for his ministry, replies to questions… People like him can mostly be found in SaS and in the Slovak Democratic and Christian Union (SDKÚ).

Then there is another group that behaves differently, such as Justice Minister Lucia Žitňanská, who had been active on Facebook during her campaign, but the day after the election she lost all interest in Facebook and the online fans hear nothing from her any more. Politicians like her are like shooting stars on the web, in the sense that voters see them there only once every four years. All parties of both the coalition and opposition have tried this strategy to some extent.

Finance Minister Ivan Mikloš is also interesting from this viewpoint. He is popular and active on Facebook but his statements seem rigid, they read like shortened press releases edited by a whole professional PR department. It’s clear that Facebook is not a natural environment for him, but he rationally decided that he should be using it because so many of the voters are using it. I think this is the pattern that most politicians will follow in the future in treating Facebook.

TSS: Would you say that a presence on Facebook and in the blogosphere is necessary for politicians in Slovakia to be successful nowadays? How has this changed in recent years?
TB: I think it’s unnecessary for politicians to be on Facebook, and having their own blogs is even less necessary. It’s better for them to not have it than having it and then ignoring questions they are asked there, or writing incomprehensible and boring articles.

Parties that mainly harvest their votes from people living in the countryside or older people can do very well without blogs and Facebook for a long time to come, and maybe even forever. Voters from the other side of the demographic spectrum do expect Facebook pages from their politicians, but they don’t expect them to use it much more intensively than they already do today.

The only parties that significantly lag behind, in my opinion, are the nationally-oriented parties. These parties did not surface on the web yet, although many of their young voters are already there.

TSS: If you were to compare the use of internet social networks and blogs in political communication in Slovakia with countries, such as the USA, would you say Slovak politicians are lagging behind? Where do you see the main differences, if any?
TB: For a long time we were lagging behind the USA as well as the Czech Republic, for instance.

The situation has changed significantly in recent months, due also to the fact that many people coming from the internet environment have made it into the government and parliament. Thanks to that, today you can learn many more of the juicier details directly from the Slovak MPs on Facebook than from the Czech ones.

So far I’ve been pleasantly surprised by the fact that so many MPs have managed to maintain direct communication with voters through the web, although it’s much harder for them now that they are MPs than before, when they were just candidates. They have caught on very fast after several years of lagging behind.

TSS: Do you expect the ‘Facebook element’ to grow stronger in political marketing in Slovakia? What do you expect it to become in the future – how far can we go?
TB: Some additional politicians will probably be attracted to Facebook by their colleagues and the number of people addressed via Facebook will grow further but I don’t think that we will see something dramatically new.

More likely, a slight sobering will come, as Facebook is not the whole internet after all, and even less so in Slovakia. Also, all the feedback from a very active but also very narrow group of people coming through Facebook can, in the end, be a bit confusing for politicians.