THERE WILL be no extension to the deadline for financial closure of the first public-private partnership (PPP) package that was to build a 75-kilometre section of highway between Martin and Prešov, announced Transport Minister Ján Figeľ, unleashing moans of despair from representatives of the previous government who had advocated this method for advancing Slovakia’s mega-highway projects as well as from the consortium of firms that had won the concession. 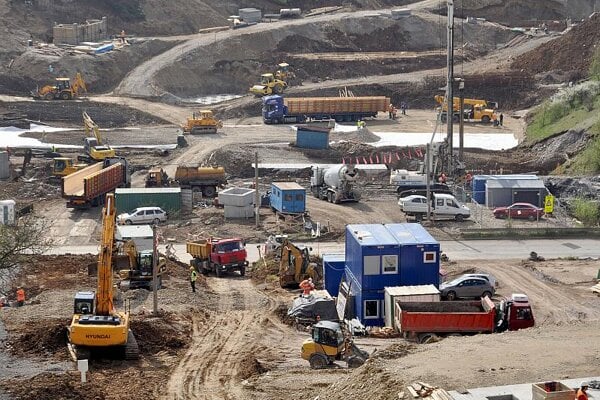 The end of the first PPP project may slow completion of a highway connecting east and west. (Source: TASR)
Font size:A-|A+0

THERE WILL be no extension to the deadline for financial closure of the first public-private partnership (PPP) package that was to build a 75-kilometre section of highway between Martin and Prešov, announced Transport Minister Ján Figeľ, unleashing moans of despair from representatives of the previous government who had advocated this method for advancing Slovakia’s mega-highway projects as well as from the consortium of firms that had won the concession.

The decision by Figeľ kills this PPP project that had been in process since early 2009 and terminates the actual highway building that would have been done by a consortium involving the construction giants Doprastav and Váhostav-SK, Slovak companies that are now set to lay off hundreds of employees by the end of the year.

Figeľ argued that the deadline for the financial closure of the project had already been extended six times and it was finally time for the deal signed last April to expire. His predecessor at the transport ministry, Ľubomír Vážny from Smer party, had extended the deadline several times when final financing could not be arranged.

“I decided not to extend this process anymore, since it has been extended several times and it has cost Slovakia a lot of time,” Figeľ said, as quoted by the SITA newswire. “The ministry has no guarantee after further negotiations with the concessionaire that the first package will be financially covered in a foreseeable time.”

Figeľ said the fact that the time in which the deal could be consummated has now ended makes it possible to reopen up the first PPP package and find a way to build the sections separately based on new tenders.

Slovenské Diaľnice, the concessionaire which got the contract to build and operate the 75-kilometre section of highway for thirty years, could not close a loan of €1 billion from the European Investment Bank (EIB). The EIB made releasing the money conditional on approval by the European Commission after assessment of the environmental impact of one of the highway sections going through protected areas in the Fatra Mountains.

Robert Fico, former prime minister and chairman of Smer party, commented that the decision by Figeľ has given Slovakia another reason for national mourning and that the new government is threatening the economic growth of Slovakia.

“In practice it means delaying the highway construction for 10 to 15 years,” Fico told the media, adding that he does not trust the arguments put forth by Figeľ.

Under this first PPP package the state would have paid Slovenské Diaľnice, the consortium led by French company Bouygues Travaux Publiscs, and involving Slovak companies Doprastav and Váhostav-SK, more than €9 billion for construction and maintenance of the highway over 30 years, according to the ČTK newswire.

Earlier this summer, Figeľ told the concessionaire that he wanted to negotiate better conditions for the state. In response to this, the concessionaire had suggested that the state’s annual instalment could be reduced from the range of €289-€317 million down to €190-€210 million.

Figeľ’s decision to not extend the deadline has obviously disappointed Slovenské Diaľnice.

“We have made compromises to please the expectations of the government to the fullest possible extent, which resulted in a reduction of the price for availability (the annual sum paid by the state to the concessionaire for the use of highways) deeply below the bid that won the tender in January 2009,” the SITA newswire wrote, citing a statement by Slovenské Diaľnice.

Slovenské Diaľnice has claimed that the consortium was able to ensure full financial coverage of the project with or without a state funding guarantee. The consortium also stated that the assessment of the complaint filed by a non-profit environmental organisation was still ongoing in Brussels. The consortium said that it was not within its power to influence these factors which finally thwarted the financial closure.

The state will compensate the consortium for costs already incurred, especially for completed preparatory work. The state also plans to takeover the documentation of the project.

The government of Iveta Radičová has been critical of the highway to connect Bratislava and Košice via the so-called northern route from its first days in office. The plan had been launched by the previous government.

While the new cabinet has not totally rejected the idea of undertaking projects via PPPs, it has stated that its vision is to finance highway construction more from the state budget, EU funds, and other resources. Figeľ said he wants highway construction in Slovakia to continue but in a more responsible and transparent way.

Ľubomír Palčák, director of the Transport Research Institute (VÚD) based in Žilina, told The Slovak Spectator that since the ministry has made this decision it is necessary to promptly prepare new alternatives, adding that even though the ministry has declared that it wants to use a larger share of EU funds and state resources, this still leaves many questions unanswered.

Palčák estimated that completion of the D1 highway will require about €6 billion and he said he doubts whether the resources preferred by the transport minister will be sufficient to cover this amount.

“With regards to the state budget and in context of the economic crisis and consolidation of public finances, I am a pessimist,” Palčák told The Slovak Spectator, adding that with this approach it is possible to count only on some hundreds of millions of euros available in state coffers in the near future. “In the Transport Operational Programme we still have at our disposal €1 billion to be used for highway construction – but this is only a vision for now.”

Figeľ’s announced plan is to start construction of stretches of the D1 that were part of the first PPP package between 2011 and 2012 and their completion is planned for 2015 at the earliest.

According to Figeľ, 50 kilometres of highway R1 between Banská Bystrica and Ružomberok should complete the connection of Bratislava with Košice via Banská Bystrica.

Palčák thinks that Slovakia should first finish the already started highway stretches and only then start construction of additional new roads. Moreover, he noted that there are environmental barriers in this region which is an important consideration in terms of Natura 2000. Palčák also pointed to Slovakia’s obligation to complete the D1 highway as it is a part of the European road corridor plan.

Former transport minister Vážny stated on September 8 that around 5,000 jobs related to construction of the highway may be lost as a result of the government’s decision to cancel the first PPP package. The Slovak companies that are part of the Slovenské Diaľnice consortium announced plans to reduce their workforce. Doprastav plans to lay off about 750 employees and Váhostav-SK will lay off 320 employees by the end of 2010 because of the cancelled PPP package, SITA wrote.