THE NATIONAL gas utility Slovenský Plynárenský Priemysel (SPP) has been lobbying for the price of natural gas for households to be raised, arguing that the stronger than originally expected US dollar has been pushing the gas utility into the red in the still-regulated segment of household distribution. Now the Regulatory Office for Network Industries (ÚRSO) has 30 days to decide whether SPP’s request is justified. This is not the first time SPP has pushed for higher prices this year, but all their previous requests were rejected by ÚRSO on grounds they were not justified. 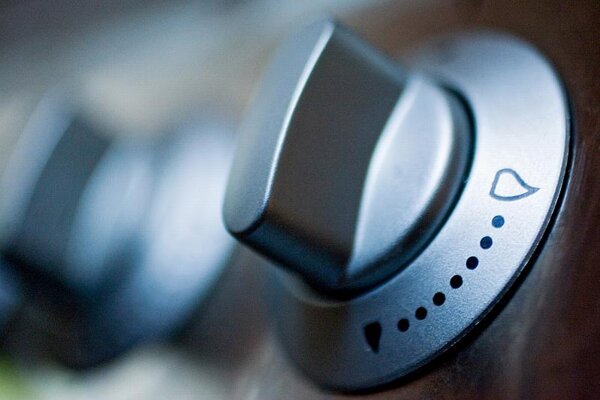 Gas prices for households decreased in January by 5.13 percent on average but might rise in 2011. (Source: Sme - Vladimír Šimíček)
Font size:A-|A+

THE NATIONAL gas utility Slovenský Plynárenský Priemysel (SPP) has been lobbying for the price of natural gas for households to be raised, arguing that the stronger than originally expected US dollar has been pushing the gas utility into the red in the still-regulated segment of household distribution. Now the Regulatory Office for Network Industries (ÚRSO) has 30 days to decide whether SPP’s request is justified. This is not the first time SPP has pushed for higher prices this year, but all their previous requests were rejected by ÚRSO on grounds they were not justified.

But now SPP’s chances of getting the green light from ÚRSO are better since the utility’s general assembly has approved a proposed 7.5-percent increase in natural gas prices for households, starting on November 1.

“The SPP general assembly approved the proposal to increase the prices of natural gas for households,” Ondrej Šebesta, SPP spokesperson, told The Slovak Spectator, adding that SPP has already submitted their proposal to ÚRSO. “The reason for the price hike is the increase in the purchase price of natural gas. SPP buys gas in US dollars. Since the beginning of 2010, the US dollar has strengthened against the euro more than ÚRSO had expected when setting the prices [in 2009] for the year of 2010. If gas prices for households do not change there is a danger that SPP would end up tens of millions of euros in the red in the household segment this year.”

SPP originally submitted two price increase proposals for gas distributed to households. One, to become effective from November 1, 2010, proposed a 7.5-percent increase in prices. The second proposal requested gas prices go up by 27.6 percent as of December 1 to compensate the company for the dollar’s strong performance in 2010. However, at SPP’s general assembly on September 2, the Ministry of Economy and Construction, which exercises shareholders rights linked to the state’s 51-percent stake in SPP, only greenlighted the 7.5-percent hike.

“This request [to increase gas prices by 7.5 percent] was supported by arguments and was justified,” Daniela Piršelová, the ministry’s spokesperson, told the SITA newswire, adding that the Ministry of Economy had analysed it and decided to advance the proposal to the independent regulator for approval.

”We are not convinced that the price hike by 7.5 percent as of November 2010 is fully justified,” Martin Chren, the ministry’s state secretary told SITA. “But as a responsible shareholder we also have to consider the arguments put forward by the company and thus we will leave the decision to the independent regulator.”

The ministry stated that the second, higher, price hike was unjustified and rejected it outright.

Šebesta said that SPP expects the 7.5-percent increase to cover only part of the loss currently being incurred in the household segment.

“It is the duty of SPP management to ward off the impending loss in the household segment,” said Šebesta. “We have to continue in dialogue with the regulator in order we resolve the current situation and balance our income and expense in the household segment in 2010. It is not sustainable for any company to be generating a systematic loss in one of its market segments.”

ÚRSO is now checking whether the submitted proposal for the gas price increase is in line with primary and secondary legislation.

“We will only be able to assess in a responsible way whether the proposal is well-justified after an in-depth analysis has been made,” Miroslav Lupták, ÚRSO spokesperson, told The Slovak Spectator. Lupták said that SPP is using the term ‘losses’, but this is in fact only reduced revenues on the basis of a long-term contract. This, according to ÚRSO, can happen to any business entity under certain market conditions. In addition to this, SPP could improve these revenues by purchasing on the short-term market, Lupták said.

ÚRSO turned down SPP’s previous requests for a price increase because it said that factual reasons regarding the proposals were not justified as well as because the proposals lacked the approval of the SPP general assembly.

SPP, which is under the managerial control of foreign companies GDF Suez and E.ON Ruhrgas, has submitted proposals for gas price increases twice in 2010. ÚRSO turned down both the requests.

The last time gas prices for households changed was at the beginning of 2010 when they were decreased by 5.13 percent on average, according to SITA. On average, this drop reduced the annual bill of households using gas for cooking by about €2.00. Households that also use gas for heating should have seen a decrease of €87.00 in their annual gas bill.