POLLING stations in Slovakia will not have a very long rest period between the parliamentary election held in June and the municipal elections scheduled for November because in mid-September Slovak voters can go to the polls and vote in a direct referendum, a process not unknown, but relatively uncommon, in Slovakia’s short history. Six questions about various issues of state governance will go directly before the voters. However unique the September referendum might be, it is apparently leaving Slovak voters cool and unenthusiastic and many political observers are forecasting that the referendum will be invalid due to low voter turnout. 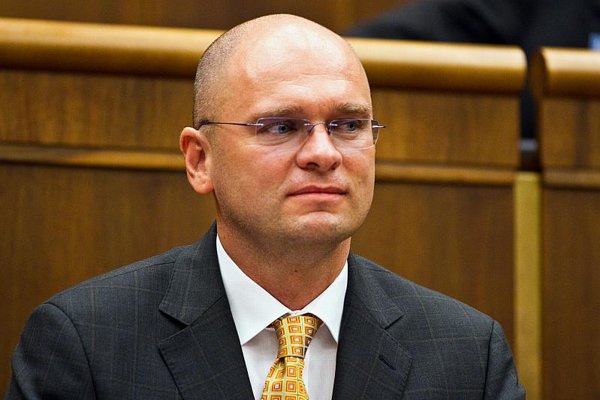 POLLING stations in Slovakia will not have a very long rest period between the parliamentary election held in June and the municipal elections scheduled for November because in mid-September Slovak voters can go to the polls and vote in a direct referendum, a process not unknown, but relatively uncommon, in Slovakia’s short history. Six questions about various issues of state governance will go directly before the voters. However unique the September referendum might be, it is apparently leaving Slovak voters cool and unenthusiastic and many political observers are forecasting that the referendum will be invalid due to low voter turnout.

The six-question referendum will take place on September 18 at an estimated cost of about €7 million. The first three questions voters will consider are whether parliament should pass a law cancelling mandatory monthly payments that support Slovakia’s public-service media, on limiting the immunity from prosecution that members of parliament enjoy, and whether the number of seats in parliament should be reduced from 150 to 100 for the next election term. The remaining three issues deal with restricting government offices from purchasing cars worth more than €40,000, permitting internet voting in future elections, and excluding persons elected to public office from the right to reply granted under Slovakia’s amended Press Code.

The referendum was initiated by the Freedom and Solidarity (SaS) party months before the June parliamentary election and before SaS entered parliament for the first time. Even though the party is now a member of the ruling coalition government and the party’s chairman, Richard Sulík, has become speaker of parliament, SaS says holding the referendum and putting these questions directly to voters still makes sense. Sulík repeatedly has said his party will be able to mobilise enough voters so that the outcome of the referendum will be valid.

Slovak legislation requires at least 50 percent of all registered voters participate in a referendum vote for the outcome to be binding. Each of the six referendum questions on the ballot is to be marked with one of two possible answers – yes or no. The voter is to mark his or her response with an X. A ballot is considered valid if a voter marks an answer to at least one of the six questions.

There have been six referenda since the independence of the Slovak Republic in 1993. Only one of them was valid – the referendum about Slovakia’s accession to the European Union (EU).

According to Erik Láštic, a referenda expert in the department of political sciences of Comenius University in Bratislava, the functioning of the referendum process in Slovakia has been influenced by unclear constitutional provisions, particularly the condition that a referendum is valid only if more than 50 percent of all registered voters take part.

“In practice that means that voters who don’t take part are more important than those who do come to the polling stations,” Láštic told The Slovak Spectator, adding that some changes should be made to the legislation so that the referendum process can work more sensibly. He suggests that the 50-percent threshold for a valid referendum should be completely removed, which would make the referendum vote equal to voting in elections which are valid regardless of the number of ballots cast.

Secondly, Láštic suggests the time period allowed for circulating a petition requesting a referendum should be limited by law in order to avoid political calculations that play with time.

And thirdly he recommends that a referendum vote should only be conducted in conjunction with the closest already scheduled election, be it a presidential, parliamentary, municipal, regional, or European election thereby eliminating the necessity to compose special referendum commissions as well as the cost of conducting a separate vote.

“That would do away with some of the problems connected with the upcoming referendum,” Láštic said, referring particularly to the costs of the September balloting.

The three other parties of the ruling coalition seem rather reluctant to give statements regarding the referendum. One of the three, the Christian Democratic Movement, has announced that it will not encourage KDH members and its supporters to take part in the referendum.

“Participation and voting is a right of every citizen and I rely on the judgment of the citizens in this process,” KDH leader Ján Figeľ has said, as quoted by the SITA newswire.

Over the summer months the referendum has become a bone of contention between SaS and the largest opposition party, Smer. As an outcome of the sparring, the head of Smer’s parliamentary caucus and speaker of the past parliament, Pavol Paška, filed a proposal on September 2 to dismiss the current speaker of parliament, Sulík from SaS.

SITA reported that Paška said one of the reasons is that Smer cannot overlook Sulík’s attitude towards constitutional responsibilities such as the referendum. Smer also criticised SaS for not having nominated a delegate for the Central Commission for the Referendum. Sulík survived the no-confidence vote on September 8 with only 64 MPs voting for his removal.

“After the referendum is scheduled it’s no longer a party event anymore; all citizens can express their opinion,” Sulík said as quoted by SITA, adding that he considers Smer’s attitude to be schizophrenic, saying on one hand Smer states they respect the democratic institution of a referendum and on the other hand the party is recommending that their supporters not take part in it.

Fico also claimed that Sulík wrote in the letter that Slovakia’s three highest constitutional officials, as well as Smer leader Fico, would be taking part in the referendum.