BRATISLAVA is ready to welcome top media professionals from across the world on September 14 when the Slovak-hosted part of the annual congress of the International Press Institute (IPI) convenes in the capital city. 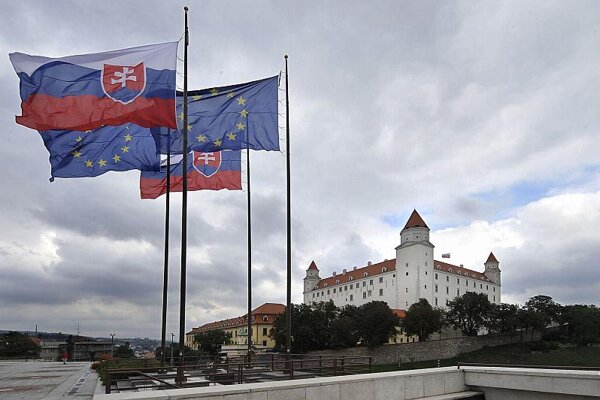 BRATISLAVA is ready to welcome top media professionals from across the world on September 14 when the Slovak-hosted part of the annual congress of the International Press Institute (IPI) convenes in the capital city.

The IPI will hold its world congress in two venues, Vienna and Bratislava, from September 11-14 the organisation announced in March when it provided details about the event’s programme and list of invited speakers.

The 2010 IPI World Congress will mark the 60th anniversary of the founding of the organisation and it will use the anniversary to celebrate its history of defending press freedom in a series of events during the congress in the ‘twin cities’ of Vienna and Bratislava.

Under the overall theme, “Thinking the Unthinkable: Are We Losing the News? (Media Freedom in the New Media Landscape)”, the three-day conference will focus attention on the state of the news media, discuss new business models and solutions, and provide a unique opportunity for regional media representatives to interact with major global players from both traditional and new media outlets.

Pavol Múdry, the IPI representative in Slovakia, said in an interview with The Slovak Spectator shortly before the event started in Vienna that the last stage of the preparations for the conference revealed several problems with organising such a big event in Slovakia.

“We haven’t hosted such an event, as for its size and also its scope, in Slovakia and perhaps that’s why we’ve had quite a lot of problems with getting the message through to governmental and non-governmental institutions about how important this meeting of the world’s top media professionals is,” Múdry said, adding that the attitude of government officials has become more favourable towards hosting the congress in Bratislava since the June election and the establishment of the new government.

Múdry said the organisers take pride in the fact that they have managed to snag Prime Minister Iveta Radičová as a keynote speaker. She will address the congress participants in Bratislava on September 14, and according to Múdry, she will participate in a question and answer session with the journalists from all over the world. She will also take part in a dinner hosted by Austrian President Heinz Fischer at the royal castle in Vienna.

Another Slovak official who will take part in the congress is Speaker of Parliament Richard Sulík who will host a farewell dinner at Bratislava Castle on September 14.

Múdry said one of the highlights of the part of the programme being held in Bratislava will be the participation of Jim Clancy of CNN in chairing a panel discussion entitled ‘Reporting on Extremist Politicians – How New and Traditional Media Cover the Politics of the Extreme’.

The panel will discuss issues such as whether coverage of extremist politicians by new and traditional media differs, whether practitioners of the new media are better suited to break stories about extremist parties, and whether it is true that information published by new media is often less accurate or unverified.

Múdry said developing the list of speakers by the Slovak branch of IPI, working together with IPI headquarters in Vienna, took over a year and they have managed to get commitments from media personalities that should attract any journalist’s attention such as Dan Rather, legendary American television anchor and currently Managing Editor of HDNet in New York, and Dunja Mijatović, the recently-appointed Representative on Freedom of the Media for the Organization for Security and Co-operation in Europe (OSCE).